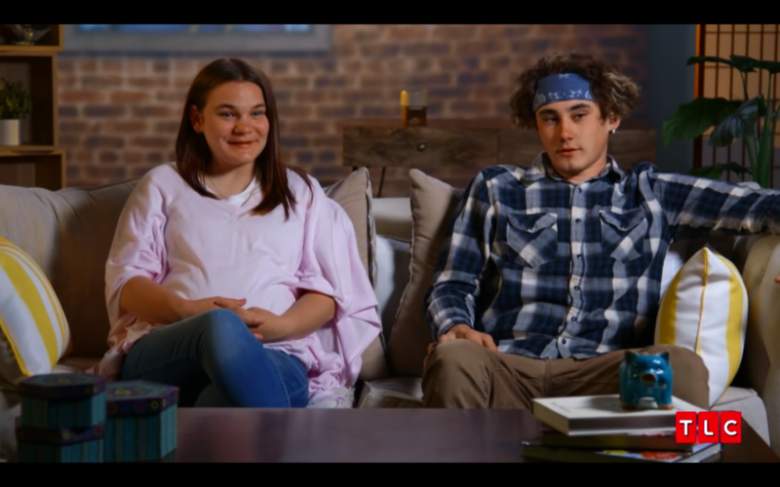 “Unexpected” star Jason Korpi spoke out after he was accused of “abusing” his girlfriend Kaylen Smith, who became a “teenage mom” when their son was born in August 2021.

As first noted by The Ashley’s Reality Roundup, a Change.org petition was filed asking TLC to remove Korpi from the show. The petition has almost reached its goal of 7,500 signatures as of the publication of this story.

“Why does TLC agree to show this abusive relationship? It’s hard for me to watch when I know he’s getting paid to do it. I know I could just stop watching the show but that won’t fix the problem, he will still be on TLC’s payroll,” wrote Justin Myers, the petition’s creator.

As the petition continued to grow more than two weeks after it was created, Myers shared an update. He understands that Korpi couldn’t be removed from Unexpected season 5, but he doesn’t want Korpi to be a part of season 6.

“What we’ve been trying to do is get it so he doesn’t come back for another season,” Myers said. “The more signatures we get, the more word gets out and we can stop Jason getting paid for domestic violence.”

While thousands of fans are trying to fire Korpi from season 6 — which TLC hasn’t confirmed — Korpi said he and Smith have no interest in appearing on TLC again.

Korpi told Heavy that he and Smith were asked to take part in season six, but he told them to be “F off”.

After the conclusion of Season 5, Smith and Korpi plan to tell “their side of the story” by posting a video on YouTube.

Korpi, 19, said his family is doing “greatly”. “He’s fine, he’s growing too fast for time to pass with a little man around😂,” the TLC star told Heavy.

His most recent Instagram post is a picture of him holding his son Xavier. “I may have given life to my son, but he gave me a reason to live💙,” he wrote.

On the May 8 episode of TLC’s “Unexpected,” viewers watched as Korpi and Smith argued over their desire for an epidural. She was in labor for more than 24 hours and had neither slept nor eaten. Doctors were concerned that unless Smith was given the epidural so she could rest, Smith would not have enough energy to go into labor.

Korpi told TLC cameras he didn’t want Smith to have an epidural because it contained drugs like methamphetamine and fentanyl, which he claimed could lead to addiction.

According to numerous medical websites, including Stony Brook Medicine, an epidural contains two drugs: a local anesthetic, such as bupivacaine, chloroprocaine, or lidocaine, and a pain reliever, such as fentanyl. According to www.kqed.org, addicted mothers can ask for a non-opioid epidural.

Korpi mocked Smith after she got the epidural, claiming her eyes rolled in the back of her head. He called her “a drug addict”.

Despite Smith’s protests, doctors threw Korpi out of the hospital.

The scene for next week’s episode showed Korpi Smith calling from the car park and saying he was afraid of missing Xavier’s birth. In a confessional with TLC cameras, Korpi blamed Smith for the scenario.