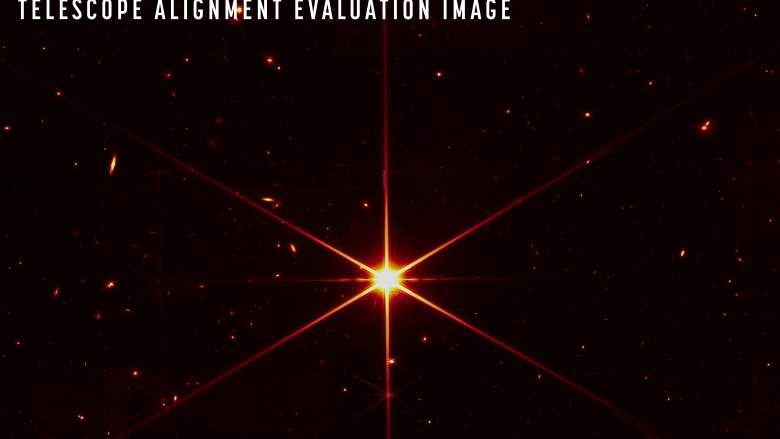 NASA is expected to release the first images from the James Webb Space Telescope on July 12, 2022. They will mark the beginning of the next era in astronomy, as Webb – the largest space telescope ever built – begins collecting scientific data that will help answer questions about the universe’s earliest moments and allow astronomers to study exoplanets in more detail than ever before investigate. But it took nearly eight months of travel, setup, testing, and calibration to ensure this most prized of telescopes is prime-time ready. Marcia Rieke, an astronomer at the University of Arizona and the scientist responsible for one of Webb’s four cameras, explains what she and her colleagues did to get this telescope working.

Following the successful launch of the James Webb Space Telescope on December 25, 2021, the team began the long process of placing the telescope in its final orbital position, unfolding the telescope and, once everything had cooled, closing the onboard cameras and sensors calibrate.

The launch went as smoothly as a rocket launch can go. One of the first things my colleagues at NASA noticed was that the telescope had more fuel remaining on board than predicted to make future adjustments to its orbit. This will allow Webb to operate much longer than the mission’s original 10-year goal.

The first task during Webb’s month-long journey to its final orbital location was to deploy the telescope. This went smoothly, starting with the smooth setting up of the sunshade, which helps cool the telescope, followed by aligning the mirrors and turning on the sensors.

Once the sunshade was open, our team began monitoring the temperatures of the four cameras and spectrometers on board, waiting for them to reach temperatures low enough for us to test each of the 17 different modes in which the instruments operate be able.

The cameras on Webb cooled down as the engineers predicted, and the first instrument the team turned on was the near-infrared camera — or NIRCam. NIRCam was designed to study the faint infrared light produced by the oldest stars or galaxies in the universe. But before that, NIRCam had to help align the 18 individual segments of Webb’s mirror.

Once NIRCam cooled to minus 280 F, it was cold enough to detect light reflected off Webb’s mirror segments and produce the telescope’s first images. The NIRCam team was thrilled when the first light came in. We were in business!

These images showed that the mirror segments all pointed to a relatively small area of ​​the sky and the alignment was much better than the worst case scenarios we had planned.

Webb’s Fine Guidance Sensor also went live at this time. This sensor helps keep the telescope stable on a target – similar to image stabilization in consumer digital cameras. Using the HD84800 star as a reference point, my colleagues on the NIRCam team helped adjust the alignment of the mirror segments until it was virtually perfect, far better than the minimum required for a successful mission.

NIRSpec is designed to measure the strength of different wavelengths of light coming from a target. This information can reveal the composition and temperature of distant stars and galaxies. NIRSpec does this by looking at its target through a slit that blocks other light.

NIRSpec has multiple slots that allow it to view 100 objects at once. Team members began testing the multi-target mode by commanding the slots to open and close, and they confirmed that the slots responded correctly to commands. Future steps will measure exactly where the slits are pointing and see if multiple targets can be observed simultaneously.

NIRISS is a slitless spectrograph that also separates light into its different wavelengths, but it is better able to observe all objects in a field, not just those on slits. It has several modes, including two designed specifically for studying exoplanets that are particularly close to their host stars.

So far, instrument checks and calibrations have gone smoothly, and the results show that both NIRSpec and NIRISS will provide even better data than the engineers predicted before launch.

The last instrument to ramp up on Webb was the Mid-Infrared Instrument, or MIRI. MIRI was designed to photograph distant or newly formed galaxies, as well as faint, small objects such as asteroids. This sensor detects the longest wavelengths of Webb’s instruments and must be maintained at minus 449 F — just 11 degrees F above absolute zero. If it were warmer, the detectors would only pick up heat from the instrument itself, not the objects of interest in space. MIRI has its own cooling system which required additional time to be fully operational before the instrument could be turned on.

Radio astronomers have found evidence that there are galaxies completely hidden by dust and undetectable by telescopes like Hubble, which capture wavelengths of light similar to those visible to the human eye. Extremely cold temperatures make MIRI incredibly sensitive to mid-infrared light, which dust can more easily penetrate. When this sensitivity is combined with Webb’s large mirror, it allows MIRI to penetrate these dust clouds and reveal the stars and structures in such galaxies for the first time.

As of June 15, 2022, all of Webb’s instruments are on and have captured their first images. In addition, four imaging modes, three time series modes and three spectroscopic modes have been tested and certified, leaving only three.

On July 12, NASA plans to release a series of teaser observations illustrating Webb’s capabilities. These will show the beauty of the Webb images and give astronomers a real taste of the quality of the data they will receive.

After July 12, the James Webb Space Telescope will work full-time on its science mission. The detailed timeline for next year has not yet been released, but astronomers around the world are eagerly awaiting the first data from the most powerful space telescope ever built.

By Marcia Rieke, Regents Professor of Astronomy, University of Arizona