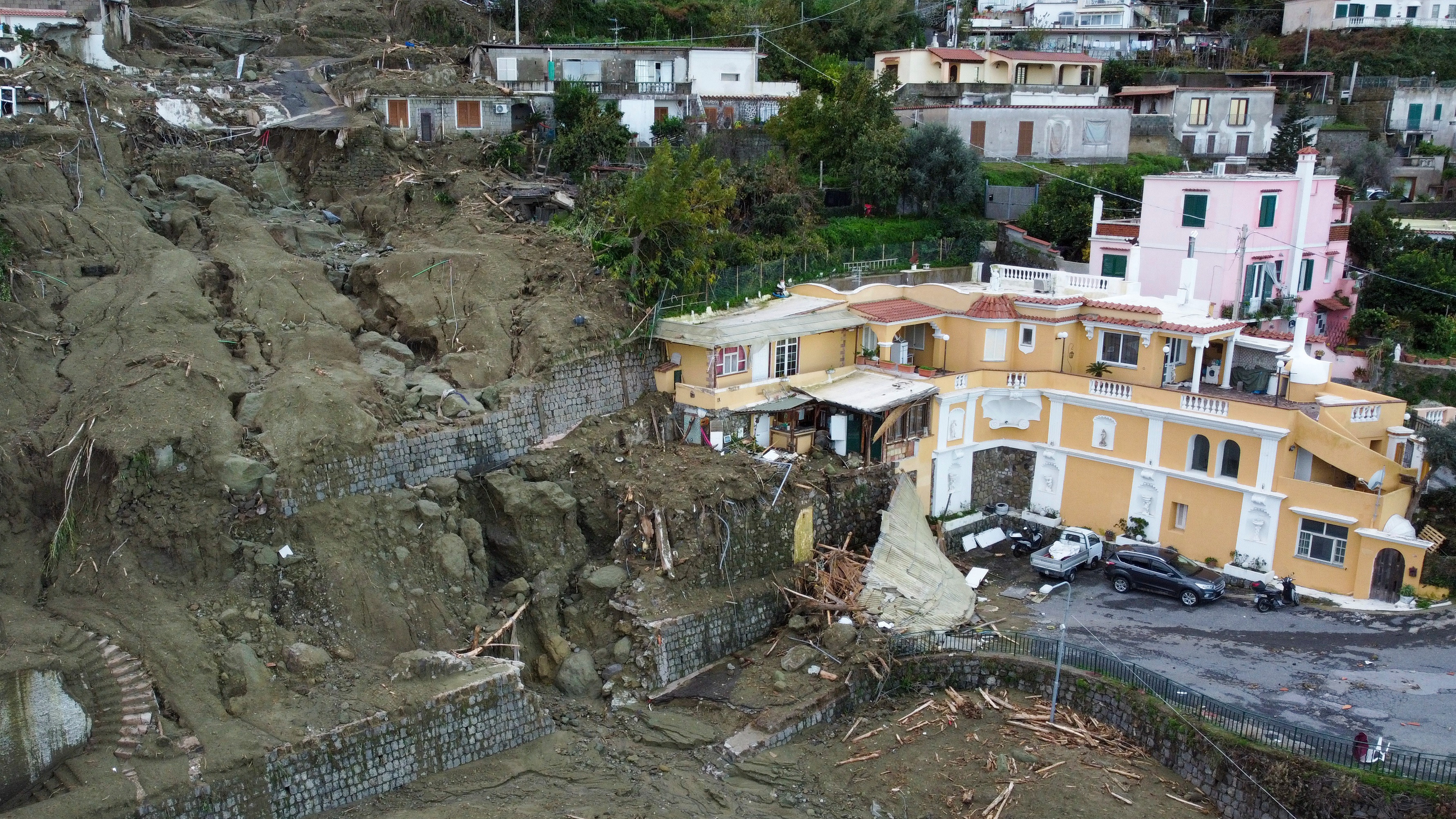 Rescuers have been digging on an Italian holiday island for a second day in search of People lost in a huge landslide.

A body was recovered on Saturday and about a dozen people, including children, were reported missing in the Ischia port town of Casamicciola, which was feared buried under mud and debris.

Small bulldozers were used to clear debris – said by firefighters to be six feet deep in places – and Italian media said digging continued partly by hand.

“We are heartbroken to continue the search because there are minors among those missing,” Giacomo Pascale, the mayor of the neighboring town of Lacco Ameno, told state television RAI.

The massive pre-dawn landslide on Saturday was triggered by exceptional rainfall that hurled a mass of mud and debris down a mountainside towards the port of Casamicciola.

Buildings collapsed and vehicles were washed into the sea, leaving 164 homeless as of Sunday.

One widely circulated video showed a man covered in mud clinging to a shutter chest-deep in the muddy water.

The island received 126 millimeters (nearly five inches) of rain in six hours, which officials say is the heaviest rainfall in 20 years.

Experts said the disaster was compounded by construction in high-risk areas on the mountainous island.

“There are areas that cannot be occupied. You cannot change the use of a zone that has water. The course of the water caused this disaster,” geologist Riccardo Caniparoli told RAI.

“There are standards and laws that have not been complied with.”

Italian Prime Minister Giorgia Meloni called a cabinet meeting later Sunday to declare a state of emergency on the island.

“The government expresses its closeness to the citizens, mayors and towns of the island of Ischia and thanks the rescue workers who are searching for the victims,” ​​Ms Meloni said in a statement.