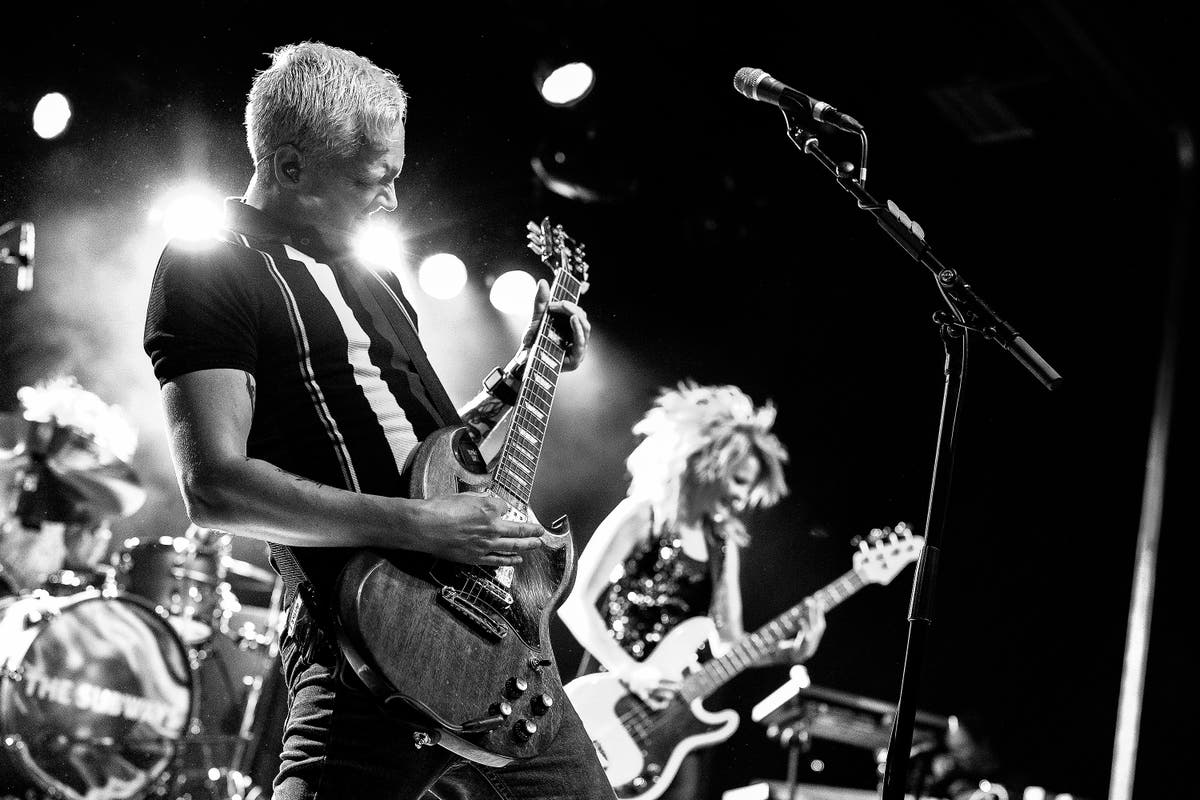 I was at my favorite pub in Hatfield when I got the call. “Can you get in a van now? Weezer need a support act for the European leg of their tour. First date is in Hamburg.”

I’ve never been to Hamburg. In fact, I had never been to Germany. The remaining dates listed were Dublin, Paris and Glasgow. I finished my pint and ran home to pack. At that time my father accompanied us on the street. He always wanted to be in a rock band so when we were signed I asked him to join us on this adventure. He booked us a van, helped us load our gear and soon we were on our way, passports stuffed into our backpacks. Before we knew it we had crossed the Channel by ferry and found ourselves parked in front of the venue.

It was all so blurry we weren’t sure we had left Hatfield. But there we sat, looking out at the European streets, which were so much wider and brighter than back home. My bandmate, Subways bassist Charlotte, studied German at school, so she taught us some practical phrases that we wrote down and recited to each other. As we took the stage we knew enough to introduce ourselves and thank the audience for their applause.

The show itself was riotous, fueled by the confusion that we all just twiddled our thumbs the night before – and are now doing what we love most in the world, in a new venue, in a new city, in a new one country and a whole new audience.

Walking through Paris before our show at L’Olympia was a particularly paradigm-shifting experience. As a working-class kid whose prospects of becoming manager of the hotel where I used to work as a “laundry porter” were prime, a visit to Paris might never have crossed my mind otherwise. But there we were, strutting down the Champs-Élysées, trying not to let the grandiosity of it all distract us from the performance ahead.

Not long after, we similarly bagged a number of support slots. Then we started booking our own European tours. It got to a point (thanks to some well-received festival performances) where we became much more popular on the continent than back home in the UK, and we’re still proud of that.

With each new tour we explored new regions across Europe, visited new cities and met so many wonderful people along the way – many of whom became loyal friends who opened our eyes to different ways of thinking, creating and living.

Then came 2016 and with it the EU referendum. We tried to explain to the people who wanted to vote for Leave – including friends and family – what that would mean for bands old and new, successful or just starting out. When we described the restrictions leaving the EU would impose on accessing broader cultural and economic perspectives, we were dismissed as “fear mongers” and “liberal elites” who don’t “pay £35m a week for the NHS ‘ just wanted to ‘talk down’ Brexit. Unfortunately, as we can all see now, we have come to a point where our initial fears have come true.

As I write this I’m sitting in a venue called Hansa 39 in Munich getting ready for the sound check. I’m concerned because my main amp stuttered and eventually refused to work two days into the tour and I’m now praying that my backup amp doesn’t follow the same path.

Before Brexit I usually have a representative from the amp company stop by the venue to issue a replacement which I am happy to take to the UK while the broken amp is fixed. However, this is not possible now as we are required to re-enter the UK with every single item we left with and no more. The defective amplifier, like every single item brought along, is listed on the carnet with its weight, type, model and serial number and simply has to be taken along.

The carnet expires in 12 months and cannot be changed until its expiry date. That means we have to take extra care to list and bring spares for everything we use, while also making sure they don’t drastically increase insurance costs. This applies to each individual item, including power supplies, power supplies, power cords, extension cords, XLR and quarter-inch cables, patch cords, guitars, guitar cases, guitar pedals, pedalboards, guitar stands, drums, drum stands, drum cases, cymbals, cymbal stands, cymbal cases, microphones, wireless transmitters and receivers, in-ear monitors (plus their respective cases) and the rest!

None of these can be replaced if necessary as we tour Europe. Weeks before the tour started I was tasked with logging all items on the carnet, which meant disassembling pedalboards that had taken us 15 years to assemble just to get the serial numbers of each guitar pedal before weighing them separately.

In addition, we incurred the not inconsiderable cost of having someone keep a close eye on the carnet to approve it prior to submission. Then there’s the wait during inspections at Dover, on the way out and on the way back as the carnet is matched to each item listed.

I haven’t even mentioned the extra burdens on our support band, whose situation has been made so complicated and expensive by Brexit that we have offered them accommodation and transport on our tour bus. Gone are the days when you just had to pack, hop on the ferry, plug in and play in the moment.

Where before there was a sense of freedom, there is now limitation. It’s really ironic given Vote Leave’s campaign message. Culturally and economically, however, the suffering of the art world is only just beginning.

To mark the sixth anniversary of the UK’s EU membership referendum, Voices brings you Brexit, 6 years later – a series examining the impact of the exit vote