Idaho college murders: Police looking into reports one of the female victims had a stalker 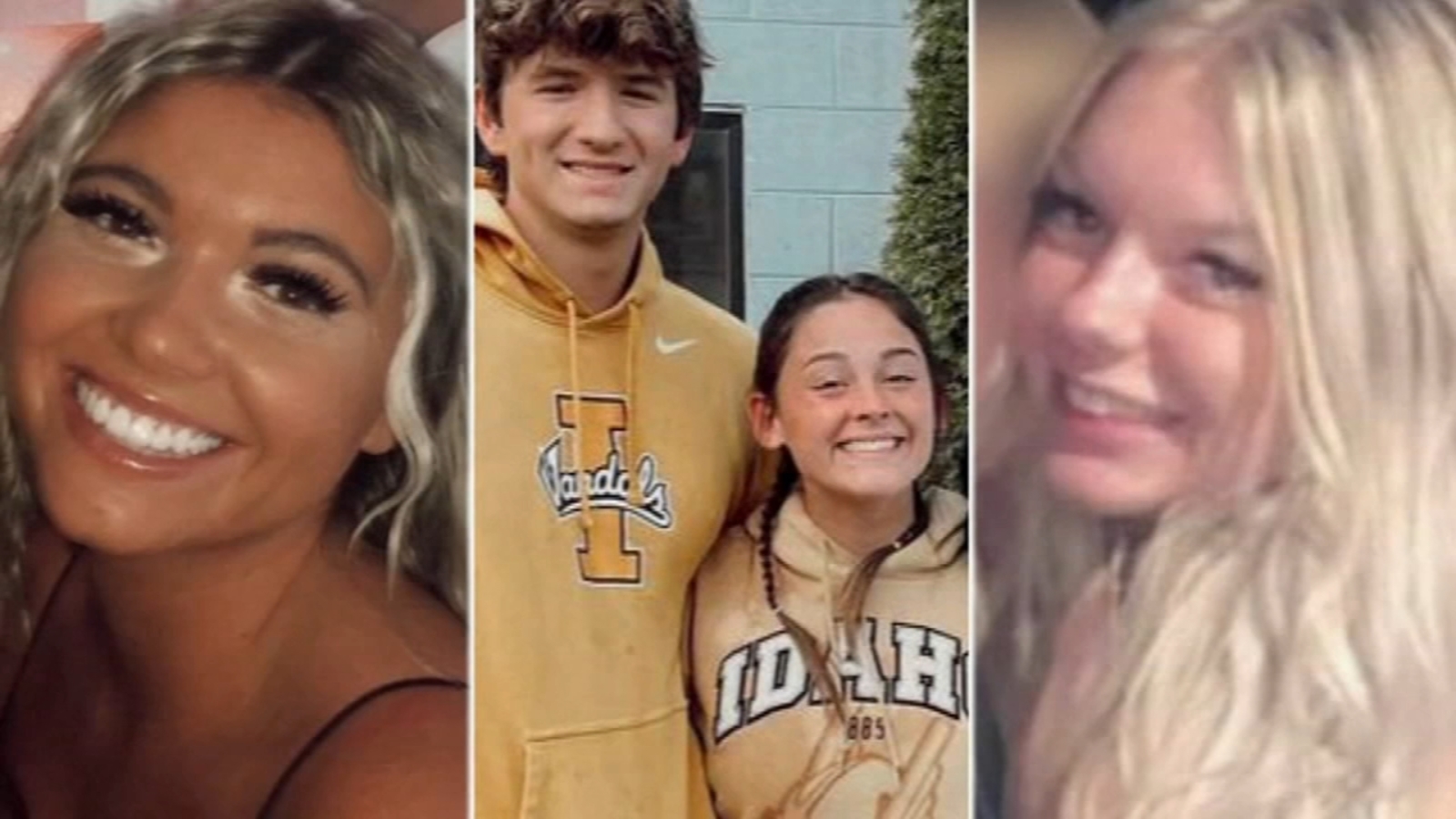 MOSCOW, Idaho — As police continue to comb through evidence in the killing of four University of Idaho students who were found dead nearly 10 days ago, authorities said they are investigating reports that one of the female victims had a stalker.

For the first time, authorities in Moscow, Idaho, have confirmed to ABC News that they are addressing reports that Kaylee Goncalves had a stalker. They said they hope to provide further clarity soon.

The development came a day after the family of one of the victims gathered to mourn their loss on a memorial Monday.

Stacy Chapin described her son Ethan Chapin as “one of the most incredible people you will ever know” before a service in Mount Vernon, Washington.

Chapin, 20, was found dead with Kaylee Goncalves, 21, on November 13; Xana Kernodle, 20; and Madison Mogen, 21. All four were discovered at a home near the University of Idaho campus in the city of Moscow after police responded to a call about an unconscious person, officials said. The victims had been stabbed, according to a coroner.

Ethan Chapin’s family gathered ahead of his funeral on Monday to thank their local community and extended family and friends, who they called “beacons.” She also thanked strangers across the country who have expressed their support.

“Your commitment and your kind words are deeply touching. Please know that we all consider you friends now,” Stacy Chapin said while flanked by family members.

Stacy Chapin also thanked the Moscow Police Department, saying its investigators “now carry the burden every day, not just for us, but for all the families involved.”

The Moscow Police Department is leading the investigation into the stabbings with the support of the FBI and state and local law enforcement agencies.

Officials are next scheduled to hold a press conference on Wednesday to update the public on the investigation.

SEE ALSO: A timeline of the murders of 4 University of Idaho students

There are several unanswered questions related to the investigation and police have said they have not identified a suspect or found the weapon used in the killings.

The gruesome crime rocked the small college community of about 26,000, which has not recorded a homicide since 2015, and concerns mounted when police said they could not ensure the public was not at greater risk.

“We cannot say there is no threat to the community and as we have said, please remain vigilant, report suspicious activity and be aware of your surroundings at all times,” Moscow Police Chief James Fry said on Wednesday.

With the community growing concerned about the murders and the lack of answers in the case, many students left campus before fall break.

Some professors canceled classes last week, including Zachary Turpin, who wrote on social media that he “cannot in good conscience teach classes” until police release more information or identify a suspect in the killings.

University of Idaho President Scott Green sent a memo Thursday urging students to do what’s best for them.

“We need to be flexible this week and give our students and colleagues space to process these unprecedented events in their own way,” Green said. “Students, you are encouraged to do what is right for you. Whether you go home early or stay in class, you have our support.”

Investigators have begun compiling a timeline of events relating to the students and their last known whereabouts prior to the fatal attack.

Chapin and Kernodle attended a party at the Sigma Chi Brotherhood home from 8pm to 9pm on Saturday – the night before they were found dead.

Goncalves and Mogen were at a local sports bar between 10pm and 1:30am. The couple were then seen ordering from a nearby food truck, according to a live twitch stream of the truck.

While they waited about 10 minutes for their food, they chatted to each other and other people standing by the truck. The man managing the truck told CNN the couple did not appear to be in distress or in any way in danger.

Goncalves and Mogen used a “private party” for a ride and arrived home at 1:45 a.m., police said. Investigators do not believe the driver was involved in the deaths, they said on Saturday. All four victims were back at the home around 1:45 a.m. Sunday.

From there, authorities are working to determine how and when the attack took place.

According to Moscow police, an 911 call about an “unconscious person” was received just before Sunday noon, and responding officers found the four students dead. Police say there were no signs of forced entry when officers arrived.

Moscow police “do not believe” that two housemates who were in the house during the attack and were unharmed were actually involved, the department said on Friday.

The students were “probably asleep” before they were attacked, Moscow police said Friday, citing the Latah County coroner. Some of the four had defensive injuries – although it’s not specified how many victims were – and there were no signs of sexual assault, according to the police update.

During a news conference on Sunday, the police chief refused to say who made the 911 call, saying only that it came from the phone of one of the surviving roommates.

Fry said other “friends had arrived at the scene,” adding that whoever called 911 was not a suspect.

On Monday, police said a dog was also found in the home. “The dog was unharmed and was turned over to veterinary services and then handed over to a responsible party.” This was announced by the Moscow police in a Facebook post.

The University of Idaho announced that a candlelight vigil will be held on campus on November 30 to commemorate the four students who were killed.

“Please join us from your location, individually or as a group, to help us make Idaho shine. Light a candle, turn on the stadium lights, or share a moment of silence with us as we unite on campus,” the university said.