“I blame myself for my son’s speech delay, I put him into kindergarten late because of the childcare costs.” 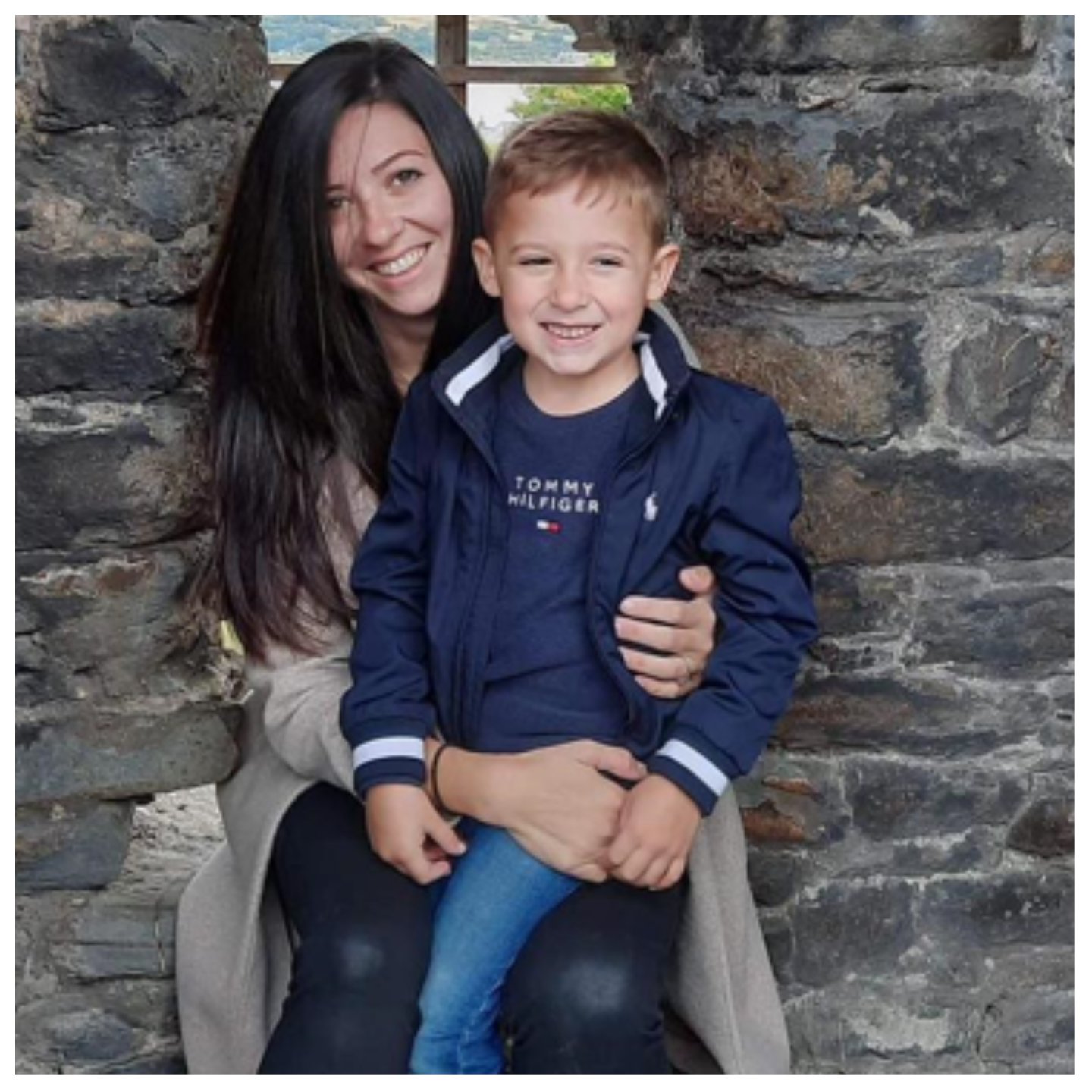 Angela Bolchinova asked her grandmother to take care of her son until he was three years old because of childcare costs and availability. She tells me that she now feels guilty and blames herself for his severe speech delay

“When you become a mother, you always feel guilty,” says Angela Bolchinova ruefully. “But I sometimes feel like I shouldn’t have had kids at all because everything is so expensive you can’t afford to do the best for them.”

The mother of two, who lives with her partner Svetoslav and their two children Nicholas, five, and Alexandra, eight months old, tells I that when she gave birth to her son because she could not afford the high cost of childcare, her grandmother lived with them to look after him until he was three years old and entitled to 30 hours of free childcare allowance.

However, the mum, 30, says she “regrets that decision every day” now and blames herself for Nicholas having a severe speech delay. “I strongly believe that Nicholas has language delays and developmental problems because he has been spending so much time at home and not socializing or playing with other children a lot,” she says.

“Nicholas has a very bad speech delay and I feel so guilty now for going down that route and not sending him to kindergarten sooner and I blame myself. But I also know that if we had paid for full-time childcare, we would have struggled financially and we just couldn’t afford to put him in kindergarten at the time.”

Angela, who lives in Lancaster, is originally from Bulgaria and came to the UK in 2012 to study media and design at a university in London.

She then moved to Lancaster to pursue her master’s degree and became pregnant with Nicholas during her senior year. “Initially I thought that was good timing because I figured I was going to have my first baby before I started my career so when he started kindergarten I could start my career at the same time. But I was wrong as I didn’t realize the childcare situation and cost and how impossible it would be.”

“They said I could either go back to work three days a week or leave. I was in a situation where I decided to leave because I knew we couldn’t afford it and that I needed a full-time job. That’s when I decided to bring a family member from Bulgaria to take care of my son while I found another job and worked full time.”

Angela says it wasn’t just the high cost of childcare that motivated her decision, but also the lack of availability. She had initially earmarked Nicholas for a full-time place at daycare after her maternity leave, when she would return to full-time work. However, when the full-time position did not materialize and she quit her job, she had to resign from his position.

“When I found another full-time position, not only did I realize that a full-time preschool was going to be expensive, but all the preschools in the area told me they had no places and that you had to book a year in advance.”

Angela, who now works as an e-commerce manager and whose partner works in a warehouse, says that since they both worked full-time, they relied on their grandmother for childcare and paid her some money to cover their costs and to save for when you went back to Bulgaria.

“Although we paid my grandmother some money, it was a lot less than what we would have had to pay in kindergarten fees,” says Angela. “My initial plan was for Nicholas to start kindergarten in Spring 2020 when he was about two and a half years old – but then Covid happened so we had no choice but for my grandmother to continue looking after him.”

Angela says that since she works full-time, she hasn’t had the opportunity to take Nicholas to playgroups and meetings, and her grandmother hasn’t been able to take him out often. She believes the Covid lockdowns have exacerbated the problem, but she believes Nicholas’ language and developmental problems stem from all the time he has spent at home and his lack of interaction with other children.

“I first noticed problems with Nicholas when he was about two years old,” she recalls. “He had said his first words by the age of one, but instead of making any progress, he started walking backwards and stopped using the words he knew. It was almost like he lacked social contact and didn’t want to talk to us or listen to us.”

Angela says she raised her concerns with her health visitor and due to delays caused by Covid, Nicholas was finally screened at the age of four and found to have the communication and developmental skills of a two and a half year old.

His mother said, “Nicholas went to kindergarten when he was three years old and he didn’t know how to pay or behave with other kids because he hadn’t socialized a lot before then.”

Nicholas has now had a few speech therapy sessions and it is hoped activities at school will help get him back on track.

Angela says that while pregnant with her daughter, she was so afraid of the same situation that she returned to work as soon as possible, and her daughter goes to kindergarten full-time.

She is disillusioned with the lack of childcare support for working parents.

“Life is very difficult, especially for parents like me from abroad who don’t have family in this country to help them,” she says. “But I’ve always wanted to work and earn my own money. I do not want to receive any money or benefits.

“However, it feels like the system is against you and the country doesn’t want me to work. There seem to be so many obstacles, such as the high cost of childcare, and you feel like even if you work really hard, there’s never anything left. It’s so frustrating and whatever you do feels like the wrong decision.”

She says while some children may have problems due to genetic and medical reasons, they also know that some children, particularly in disadvantaged areas where they may not have access to community groups or the funds to participate in activities, are over 50 percent of children may have a speech or language delay.