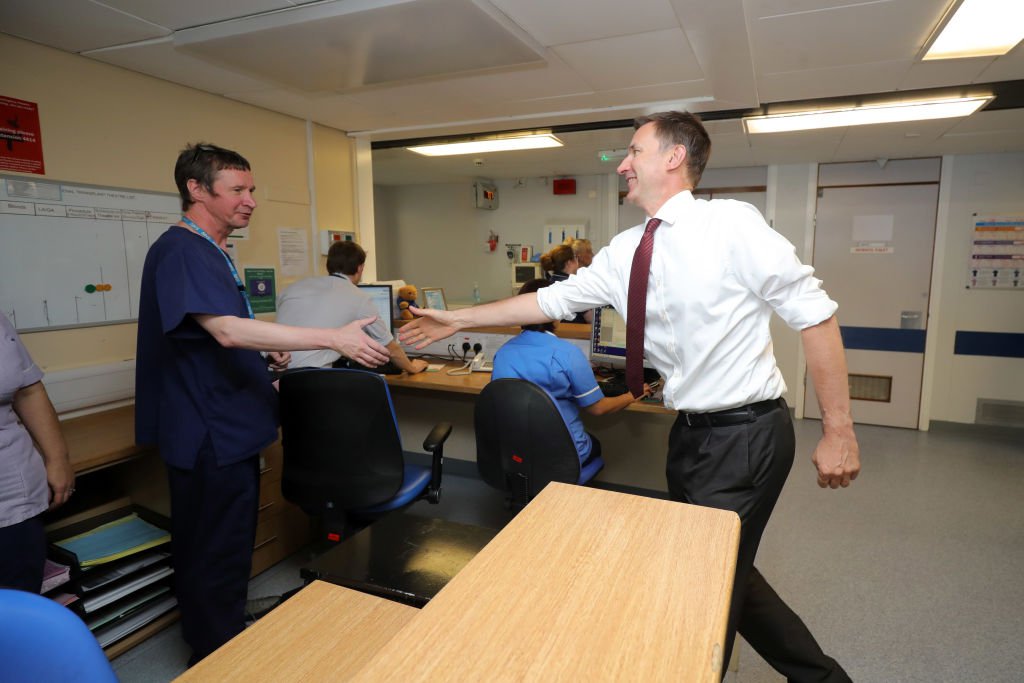 NHS England had forecast a £7billion funding shortfall for next year, but Jeremy Hunt has instead handed hospitals £3.3billion, which officials he says is happy with

Jeremy Hunt will give the NHS in England less than half the extra funding it needs due to inflationary pressures to close a £7billion shortfall in its finances next year.

Health care will receive an additional £3.3 billion in each of the next two years, with the Chancellor telling MPs in his autumn statement he had been assured the funding would mean health care can meet its key priorities.

Officials said the extra money would improve ambulance response times, emergency room wait times and access to GPs, so anyone could get an appointment to see a doctor within two weeks.

However, the head of influential think tank King’s Fund said that while the investment would allow the NHS to focus on its top priorities, the deficit means the Government would have to ‘cut back’ its ambitions in areas such as investment projects.

The Tories’ flagship program for new hospitals has already come under fire in recent months, with some chief executives questioning whether their new buildings will ever be completed.

NHS England had forecast a £7bn funding shortfall over the next year which it cannot make up through efficiency measures alone. But health bosses are expected to agree that the new funding is appropriate against a backdrop where economists are hoping inflation peaked in October.

Mr Hunt told MPs: “I have had discussions with NHS England about the inflationary pressures on their budgets… NHS Chief Executive Amanda Pritchard has said this should provide the NHS with adequate resources to meet its key priorities. She said it shows the Government is serious about their commitment to prioritize our NHS.”

Mr Hunt said the pledge of £3.3billion-a-year to the NHS, together with the newly announced £4.7billion for social care, showed a “Conservative government that puts the NHS first”.

But Nigel Edward, chief executive of think tank Nuffield Trust, questioned whether the funding would be enough.

He said: “The NHS warned it needed more money to deal with the impact of inflation on its costs. Today’s Autumn Declaration has provided much-needed extra money over the next two years from April, but this is only about half of what the NHS warned last month was likely to be needed. It also doesn’t take into account the £2.5 billion worth of inflation and other unexpected cost pressures that the NHS has faced this current financial year.”

Current funding deals mean the NHS in England will already receive £152bn in 2022/23, £157bn the following year and £162bn in 2024/25. The extra health and social care money announced on Thursday means an extra £1.5 billion for the Scottish Government, £1.2 billion for the Welsh Government and £650 million for the Northern Ireland Executive.

Mr Hunt called for “Scandinavian quality alongside Singaporean efficiency” when he asked former Occupational Health Secretary Patricia Hewitt to advise the government on how to ensure the new integrated care bodies – the local NHS bodies – are “efficient with appropriate autonomy and accountability”. work. .

Mr Hunt also laid out a new long-term plan for the NHS in terms of the number of workers needed, which health organizations have long been demanding. He said the biggest problems in health care are labor shortages and social pressures. The plan, which shows the number of doctors, nurses and other professionals the NHS will need in five, 10 and 15 years, is expected to be published by the end of the year.

Ms Pritchard said: “When the Government – and the country – are faced with such daunting challenges, we welcome the Chancellor’s decision to prioritize funding for the NHS to meet rising cost pressures and empower staff to provide the best possible care for patients support. This shows that the Government has taken seriously its commitment to prioritize the NHS.”

Richard Murray, chief executive of the King’s Fund, said: “The additional £3.3 billion in funding to the NHS budget is a major acknowledgment from the Government that the health service is on its knees to meet demand and ensure the safety of people to ensure patients.

“However, with NHS funding on a razor’s edge, this will force the service to focus solely on its top priorities and push ahead with an already ambitious efficiency programme.

“We expressly welcome the Chancellor’s commitment to a staffing plan with independently verified forecasts for the number of staff over the next 15 years, so that the health and care services can plan to train, hire and retain the staff they need in the future. We hope that the necessary resources will also be made available to meet this need.”

Mr Murray said that although cash capital funding appeared to be secured, with inflation at 11.1 per cent the Government was unable to continue its plans to maintain and improve NHS buildings, equipment and services -IT to meet.

Interim chief executive of NHS Providers, Saffron Cordery, said the extra money will “do a bit to help make up the shortfall in NHS budgets caused by inflation and allow the NHS to deliver on its key priorities”.