Hundreds gather for the candlelight vigil for Bobbi-Anne McLeod 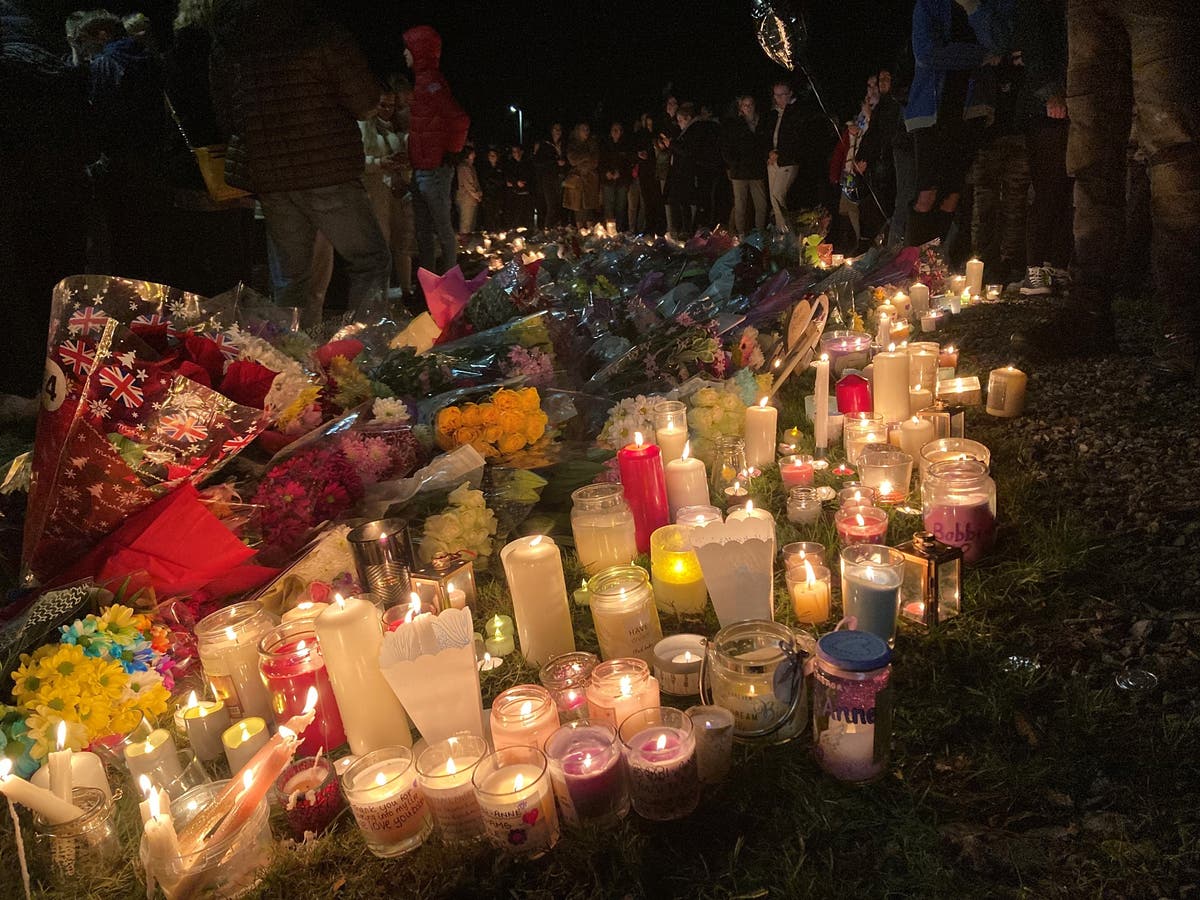 Traffic was brought to a standstill on Thursday at 6 p.m. when a sea of ​​candles drifted down the street, past the bus stop where Bobbi-Anne McLeod was last seen almost exactly five days earlier.

Hundreds of people had already gathered around dozens of flowers left in honor of the 18-year-old on a strip of grass across from the bus stop on Bampton Road in Plymouth, where she went missing.

The crowd fell silent when Mrs. McLeod’s family arrived at a table filled with framed photos of the teenager.

Her distressed mother thanked the Leigham Ward for their support and for doing everything in her power to bring her daughter home.

“Thank you for doing everything you could to find her and bring our baby home,” she said.

Applause broke out as balloons soared and the crowd raised their candles.

Someone in the crowd turned to the person next to her to express their regret that she hadn’t been walking her dog at that time on Saturday. “I could have saved her,” she said.

Most of the police chain appeared to have been removed from the bus stop and underpass at the crime scene near Ms. McLeod’s home in Leigham.

Earlier in the day, police announced that there was “no known connection” between the teenage boy and the 24-year-old man arrested on suspicion of her murder.

The judges gave officers more time to question the suspect while a 26-year-old man, who was also arrested on Tuesday on suspicion of murder, was released without further action.

The police are not looking for anyone else in connection with the investigation.

Ms. McLeod went missing after leaving her Leigham home at around 6 p.m. on Saturday to catch a bus into town.

Her friends she was supposed to meet raised the alarm when she didn’t arrive.

After a three-day search, a body believed to be Ms. McLeod was found near Bovisand, South Hams – less than a 30-minute drive from her disappearance.

It is feared the teenage girl was torn from the street while waiting at a bus stop on Bampton Road near her home, but this has not been confirmed by police.

At a press conference Thursday afternoon, Nikki Leaper, Assistant Chief Constable of the Devon and Cornwall Police, said a “significant” number of inquiries and searches had already been carried out.

She told reporters, “I can confirm that there is currently no known link between the suspect and the victim and I want to assure the public that we are not currently seeking anyone on the matter.

“This remains an evolving and active case and as such we would like to remind everyone not to speculate. It is vital that we maintain the integrity of the investigation at all times. “

A second vigil for Ms. McLeod is expected to be held at 6pm on Friday at Smeaton’s Tower on Plymouth Hoe.