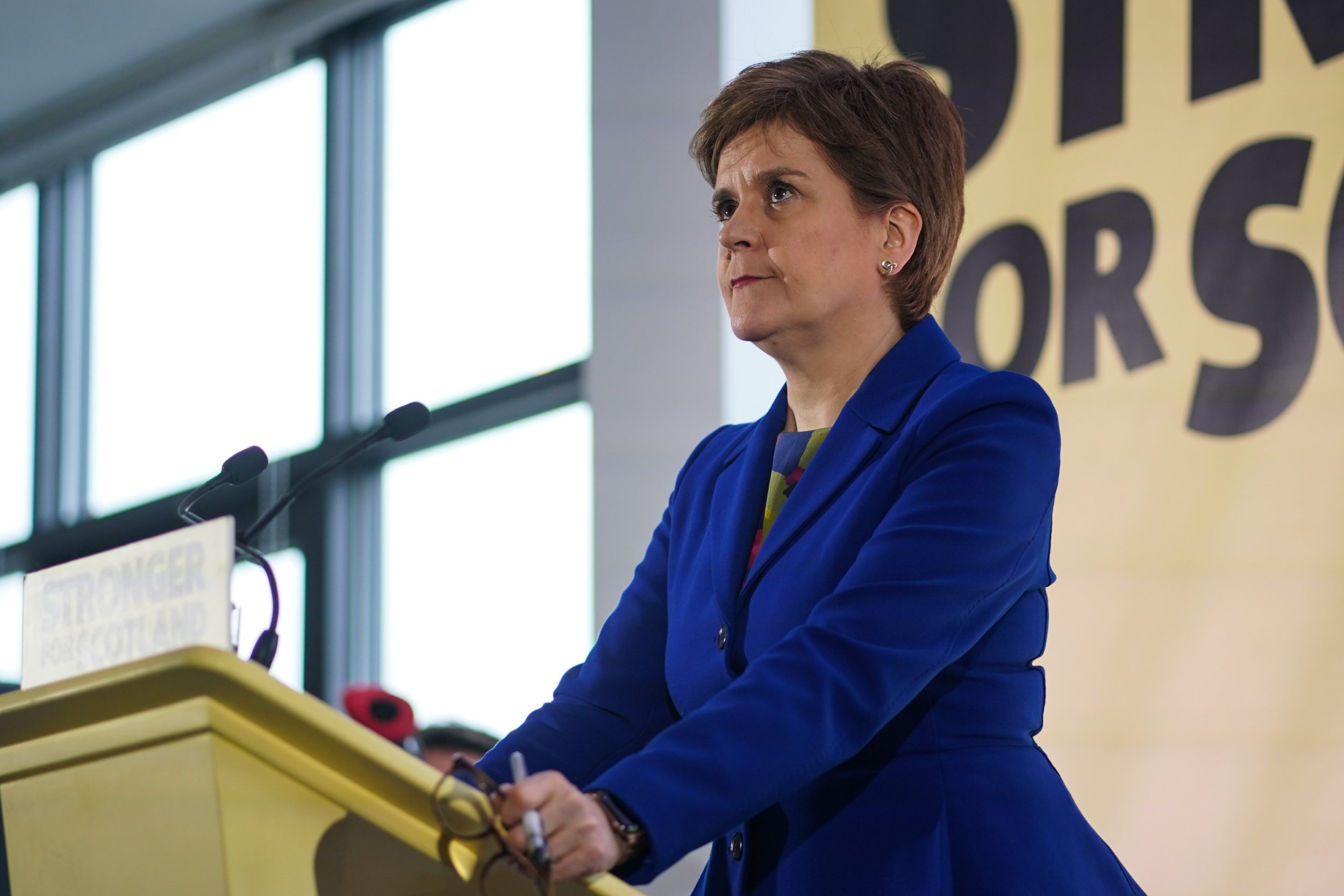 After the Supreme Court ruled that Holyrood could not hold an independence referendum without Westminster’s permission, both sides of the debate over Scotland’s future are as divided as ever

We know that the SNP itself finds it illegitimate to argue that dissolving a union should be an occasional decision rather than a regular one, because that was Nicola Sturgeon’s position – until she lost, writes Blair McDougall

Scottish nationalism is a political project that needs constant resentment if it is to survive. Understanding that is key to understanding what’s really happening with the Supreme Court ruling.

Despite all the noise today from the SNP and its allies, this decision came as no surprise to anyone. Nicola Sturgeon knew that legislation on whether to end the UK was the responsibility of the UK Parliament.

In 2014, when she ran the campaign to leave the UK, the then Deputy First Minister was relaxed about it. She praised the Edinburgh Agreement, which made the referendum possible, and said Scotland could only join other independent states through a process agreed by both the Scottish and British governments. So what has changed?

SNP has been playing for time since 2014. They are so convinced that independence is a historic inevitability that their strategy has been to wait: wait for the Tories to turn the Scots against England, for the No voters to die out, or for Brexit to push people across the line. The problem is that we Scots did not share their certainty about leaving the Union.

But for a moment during Covid the electorate looks like it did when we voted to remain in the UK. Of the 20 polls conducted this year, only two have returned a yes lead. Polled in the midst of the recent economic crisis, voters still felt leaving the UK was as big an economic risk as keeping Liz Truss in office.

No wonder the SNP still hasn’t solved the economic problems they lost in a referendum. We were told to wait for her plan, and when it finally came, she called it “absolutely pish” from her own side. In creating a hard border for trade on our island, we only got three sides. The plan to introduce a new currency was 10 pages long. They refused to provide any figures on public service funding.

More than the lack of a poll result, this lack of any serious plan less than a year before we were supposed to vote for Scexit is the clearest proof that they never expected to hold a referendum.

For all the inappropriate language in which its opponents are now accused of anti-democracy, the SNP does not really think it illegitimate to argue that the dissolution of a union should be an occasional rather than a regular election. We know they don’t believe that because it was Ms Sturgeon’s position – until she lost a referendum.

Scotland may one day reconsider our decision, but we are in no rush. What is becoming clear today is that ahead of a referendum, Scots will have the opportunity to vote for a more immediate form of change: supporting the election of a Labor government. Could this be the real reason nationalists are so impatient today? They know that the political window of opportunity afforded by a Conservative government is closing.

The author was executive director of the Better Together campaign in 2014 and writes at notesonnationalism.com

The concern for people across the UK must be the problems our democracy faces when elections can be ignored and mandates refused, Blair Jenkins writes

In the light of the Supreme Court ruling, there are two key questions that need to be answered by UK Government ministers and all other opponents of a new Scottish referendum. Do the people of Scotland have the right to vote for independence if they want to? And if so, how exactly do they exercise that right?

According to popular belief, the United Kingdom is seen as a voluntary union of four nations. But if there is no way to vote to leave the Union, then it is not voluntary and we do not live in a functioning democracy. By definition, a right that cannot be exercised is a right that no longer exists.

The judges have given us legal clarity, but the problem requires a political solution. It is simply unacceptable that Scotland should be left in a position of not being able to determine its own future.

In reality, if Westminster has absolute veto power over a Scottish referendum, it doesn’t matter whether opinion polls show 70 or even 80 per cent in favor of independence, nor does it matter how large the majority of voters are for yes parties in the Scottish Parliament.

From that point forward, every British Prime Minister will fear losing a new referendum and will not want to go down in history as the Prime Minister who (in that strange expression) ‘lost Scotland’. We face the prospect of being denied another vote forever.

The SNP comfortably won the Holyrood general election last year, an election dominated by the question of whether or not to hold a new referendum.

The plea for independence is inseparable from the desire for a more just and caring society that aims to enable everyone to lead a decent life.

It is also the only way for Scotland to escape Brexit and rejoin the EU, allowing our economy to grow and match the prosperity levels of other European nations.

By early next year, Nicola Sturgeon will have outlined in detail how she intends to treat the next general election in Scotland as an independence referendum.

But the more immediate concern for people across the UK must be the problems our democracy faces when elections can be ignored and mandates refused.