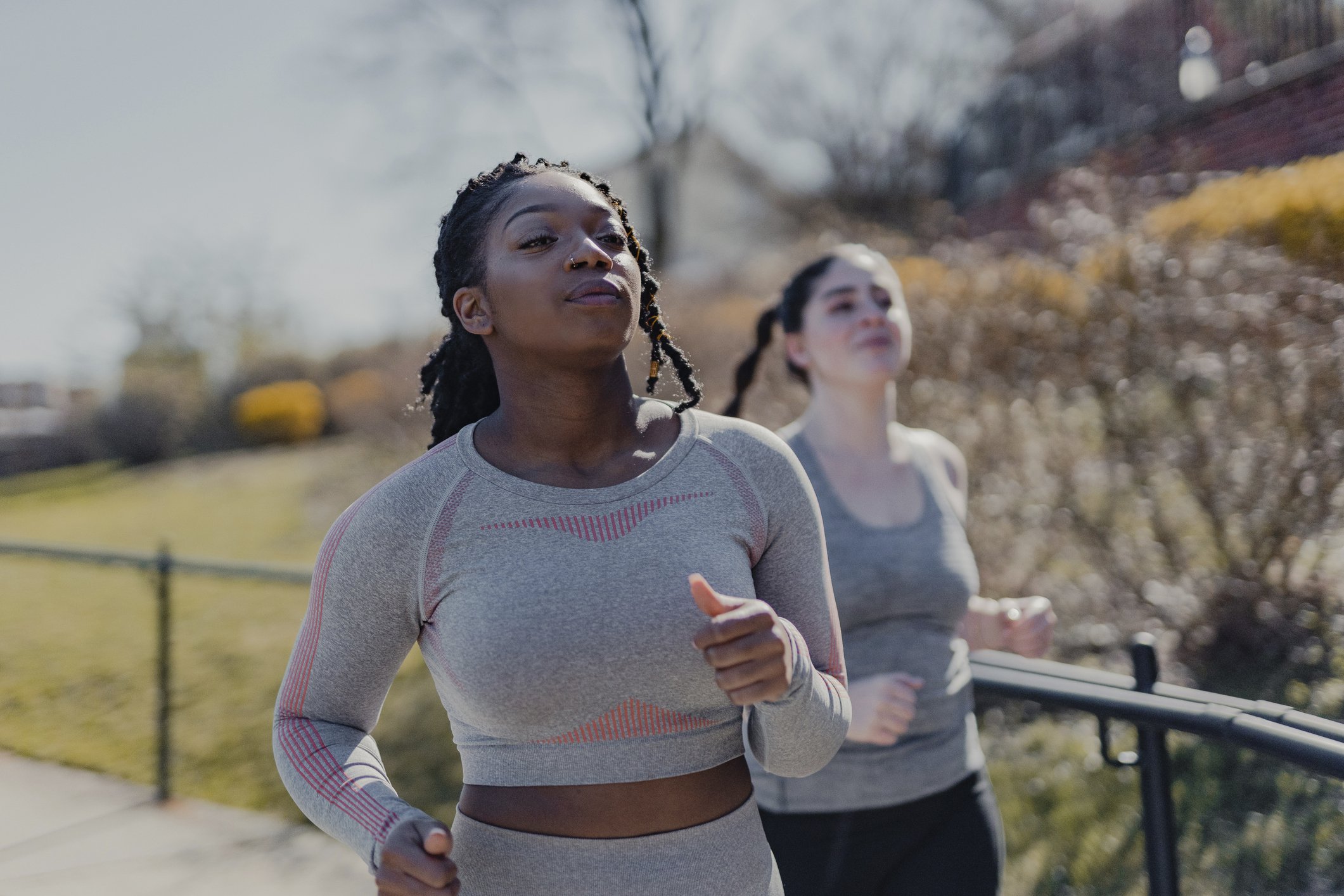 I can be in the worst mood, unable to concentrate, and yet 20 minutes later, splashing through puddles on my 10k run, I feel like life is manageable again. Movement is a mental ointment for me. I don’t have any serious mental health issues, but like many people, I have bouts of anxiety, very bad moods – or just bad days that I want to get away from. Running or swimming gives me a boost that can carry me through the rest of the day.

Many people feel the same way when it comes to physical activity. For Rachael Sacerdoti, 43, fear “was a constant part of my life. I had this constant feeling of being overwhelmed, not being enough,” she says. “I didn’t have the confidence to do anything.”

At the time, she was not doing any sport at all. “Even walking around the block felt like a big deal,” she says. But with encouragement from her family, she first took up running and then added in small workouts at home. Now exercise is at the heart of her life – she has qualified as a personal trainer, helping women like her who lack confidence to start and return to exercise in a targeted manner. And she says exercising, which she does every morning before her three children get up and before she sees clients, has helped almost eradicate her anxiety.

“I can switch off, process life, release energy and feel like I’ve accomplished something today. I find I’m more irritable and stressed when I can’t exercise for some reason.”

Hollie Grant, founder of Pilates PT, says she worked around the clock during her first job as a pastry chef. “I didn’t have time to do anything outside of work, including definitely exercise,” she says. It led to burnout. Grant was put on mild antidepressants for a short period, which she says helped her and gave her space to explore other coping mechanisms, such as finding a love of exercise again.

“For me, running outdoors has been the biggest contributor to my mood — it’s become a big part of my mental health care,” she says. Grant quit her job and retrained as a Pilates teacher. Now she uses meditation, exercise and journaling “to avoid another period of darkness.” While she says she’s lucky to feel mentally good most of the time, “I know that if I feel like I’m slipping easily when I’m following, it’s going to have a big impact on how I’m feeling go outside, get my heart rate up and get my body moving. ”

The relationship between exercise and mood is still not fully understood, although the National Institute for Health and Care Excellence (Nice) recommends group physical activity for people with mild to moderate depression, and many primary care physicians prescribe it. Now a study from the University of Glasgow has found that going out and exercising can help prevent depression and anxiety in the first place. Researchers found that a third of people at risk for mental health problems, including anxiety and depression, could actually prevent their onset by exercising.

The study published in the journal BMC medicine, followed more than 37,000 people between the ages of 37 and 73 with different levels of physical activity who were not previously afraid. After nearly seven years of surveillance, an average of about three percent had developed depression or anxiety.

Using data from fitness trackers given to participants, the researchers estimated that sedentary people who engaged in 75 to 150 minutes of vigorous activity per week were 29 percent less likely to develop depression or anxiety. Meanwhile, those who engaged in 150 to 300 minutes of moderate physical activity per week reduced their risk of becoming anxious or depressed by almost half (47 percent).

The reasons may be due to our brain chemicals. “Exercise improves the secretion of several brain molecules called dopamine, which have a positive effect on our mood,” explains Dr. Carlos Celis-Morales, a senior author on the study. Dopamine, known as the “happy hormone,” plays a role in pleasure, motivation, and reward.

Exercise also releases other neurotransmitters like endorphins, which are said to be behind the “runner’s high” (although there’s no research to back this up), as well as endocannabinoids, which are biochemically similar to cannabis.

“There is also the social aspect of physical activity, which is usually in contact with other people; The socializing aspect of exercise is very important in preventing depression,” says Celis-Morales.

There are other mental benefits to physical activity as well. “Exercise can improve our cognitive abilities by empowering us to think, problem solve, and learn,” says Dr. Sharmin Aktar, a consulting psychologist at Private Therapy Clinic, “as well as promoting brain plasticity and the development of new connections between cells.”

American researchers found that after exercise, rats showed increased blood supply to their brains, along with the growth of new neurons in the hippocampus, the part of the brain essential for learning and memory.

Further studies show that exercise can help improve sleep — particularly time spent in deep sleep, and sleep duration as well, although researchers don’t yet know exactly why (theories suggest that they use more energy and thus increase sleep). make body more tired). with release of dopamine and serotonin).

Better sleep, in turn, has a positive effect on mood and mental health. According to The Sleep Foundation, “Adequate sleep, particularly REM sleep, facilitates the brain’s processing of emotional information.” Conversely, studies seem to indicate that lack of sleep is detrimental to the processing and consolidation of positive emotional content.

Despite the well-documented benefits of physical and mental exercise, however, we are gradually becoming less active as a nation, with people around 20 percent less active than they were in the 1960s, according to government figures. Meanwhile, stress is becoming increasingly common: according to a survey by the Mental Health Foundation, 74 per cent of UK adults have felt so stressed that they felt overwhelmed or overwhelmed at some point in the past year.

Celis-Morales says that “time and motivation” remain barriers to getting enough exercise. But exercise can be built into our daily activities. “Our study suggests that moderate-intensity physical activity, such as For example, brisk walking could reduce the risk of depression,” he says. “Many people already walk every day, but the intensity of the walking is not always the right one.”

The study showed that low-intensity activities are not associated with a lower risk of depression. “The greatest benefits are observed for individuals with sufficient moderate and vigorous physical activity,” says Celis-Morales. This means a combination of intense exercise like running or fitness training with regular moderate physical exertion like brisk walking, cycling or swimming.

Grant, who is 33 weeks pregnant, adds that she sees a “big drop” in physical activity among those trying to conceive, or who are pregnant or postpartum. “Personally,” she says, “I’ve relied on exercise during two pregnancies to deal with the hormones, stress and worry, and I can’t imagine not exercising for nine months.” But I know that many women need advice and guidance.”

Despite all the benefits, mental health activists warn that exercise can be a double-edged sword for those vulnerable to mental illness. “It can be easy to feel guilty or beat yourself up for not exercising, and this can make you feel uncomfortable,” says Stephen Buckley, information director at Mind.

He also worries that well-intentioned advice to someone with poor mental health to exercise more may cause more harm than intended. “When you’re not feeling well, it can be really difficult to get started and it can be frustrating to have people tell you about the benefits of being more active.

“If you’re really down, don’t be too hard on yourself if you can’t work out. You may need to focus on other things for a while and incorporate some physical activity into your routine once you feel a little better.