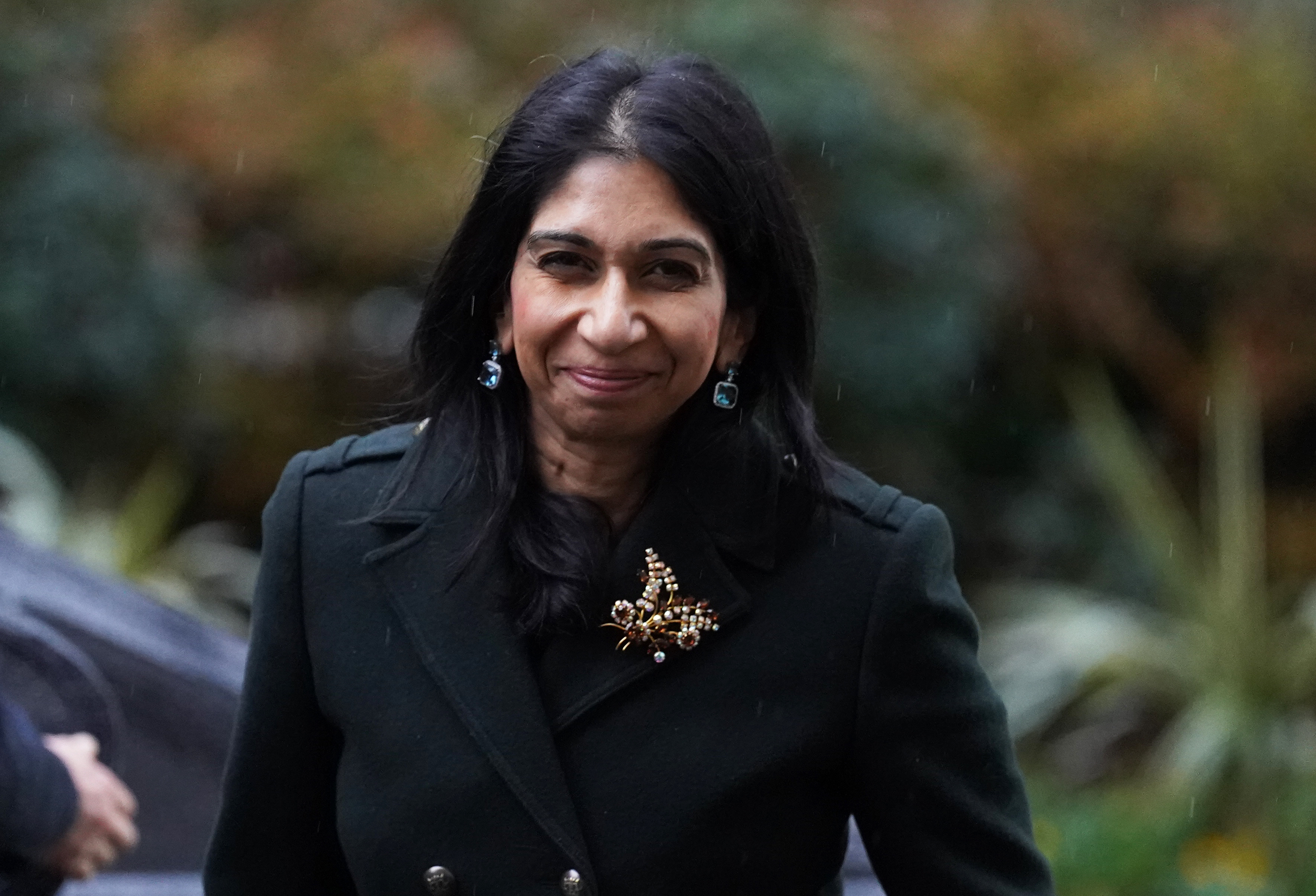 Ms Braverman was confronted by Joan Salter, 83, during a meeting in her Fareham constituency in Hampshire on Friday night.

Ms Salter, who was awarded an MBE for her work on Holocaust education, compared Ms Braverman’s rhetoric about migrants attempting to cross the English Channel to Nazi rhetoric during World War II.

In footage of the exchange provided by the charity Freedom From Torture, Ms Salter said: “I am a child who survived the Holocaust.

“In 1943 I had to flee Belgium, my birthplace, and crossed war-torn Europe and dangerous seas until I was finally able to come to Great Britain in 1947.

“When I hear you use words like ‘swarms’ and ‘invasion’ against refugees, I think of the language used to dehumanize and justify the murder of my family and millions of others.

“Why do you think it is necessary to use this kind of language?”

Ms Braverman thanked Ms Salter for her question and said she had “great concern and sympathy” with the “challenge” of illegal immigration, adding that her own parents were not born in the UK.

Speaking of her parents, Ms Braverman said: “You owe this country everything and you instilled in me a deep and deep love for Britain and the British people.

“Their tolerance, their generosity, their decency, their fair play.

“It also means we can’t shy away from saying there’s a problem.

“We currently have a huge problem with illegal migration, the extent of which we did not know before.

“I will not apologize for the language I used to demonstrate the scale of the problem.

“I will not shy away from difficult truths, nor will I hide the reality we are all observing.”

Ms Braverman added that she was “incredibly proud” of the UK’s recent immigration record, but added that “we have a problem with people taking advantage of our generosity, breaking our laws and undermining our system”.

“We must accept the enormity of the problem if we have any chance of solving it,” she said.

Ms. Braverman’s response was greeted with applause from the audience.

Ms. Salter was born Fanny Zimetbaum in Brussels in 1940 to Polish-Jewish parents and was three months old when Belgium was occupied by the Nazis.

After the invasion, she fled to France with her mother and sister before being taken to the United States by the Red Cross in 1943.

Mrs. Salter remained in foster care in America until she was reunited with her parents in London in 1947, where she has lived ever since.

Less than a week into her tenure as home secretary under Prime Minister Rishi Sunak, Ms Braverman described her task as “ending the invasion of our southern coast”.

She previously held the post under Liz Truss from September 6 to October 19, when she resigned for violating the Ministerial Code by sharing an official document from her personal email address.

Ms Braverman has not used the word ‘crush’ on record, but it has been used by prominent politicians including former Prime Minister David Cameron and former leader of Britain’s Independence Party (Ukip), Nigel Farage.

In July 2015, Mr Cameron told journalists that “a swarm of people” are “coming across the Mediterranean Sea in search of a better life”.

That same month, during an Latest Page News interview, Mr Farage said he was “stuck on the motorway and surrounded by swarms of would-be migrants” who were “trying the back door of the car to see if they could get in”.

He later backtracked, saying in an interview with BBC Radio 4’s Today program that he did not use “such language” when asked if he was referring to “swarms” of migrants.