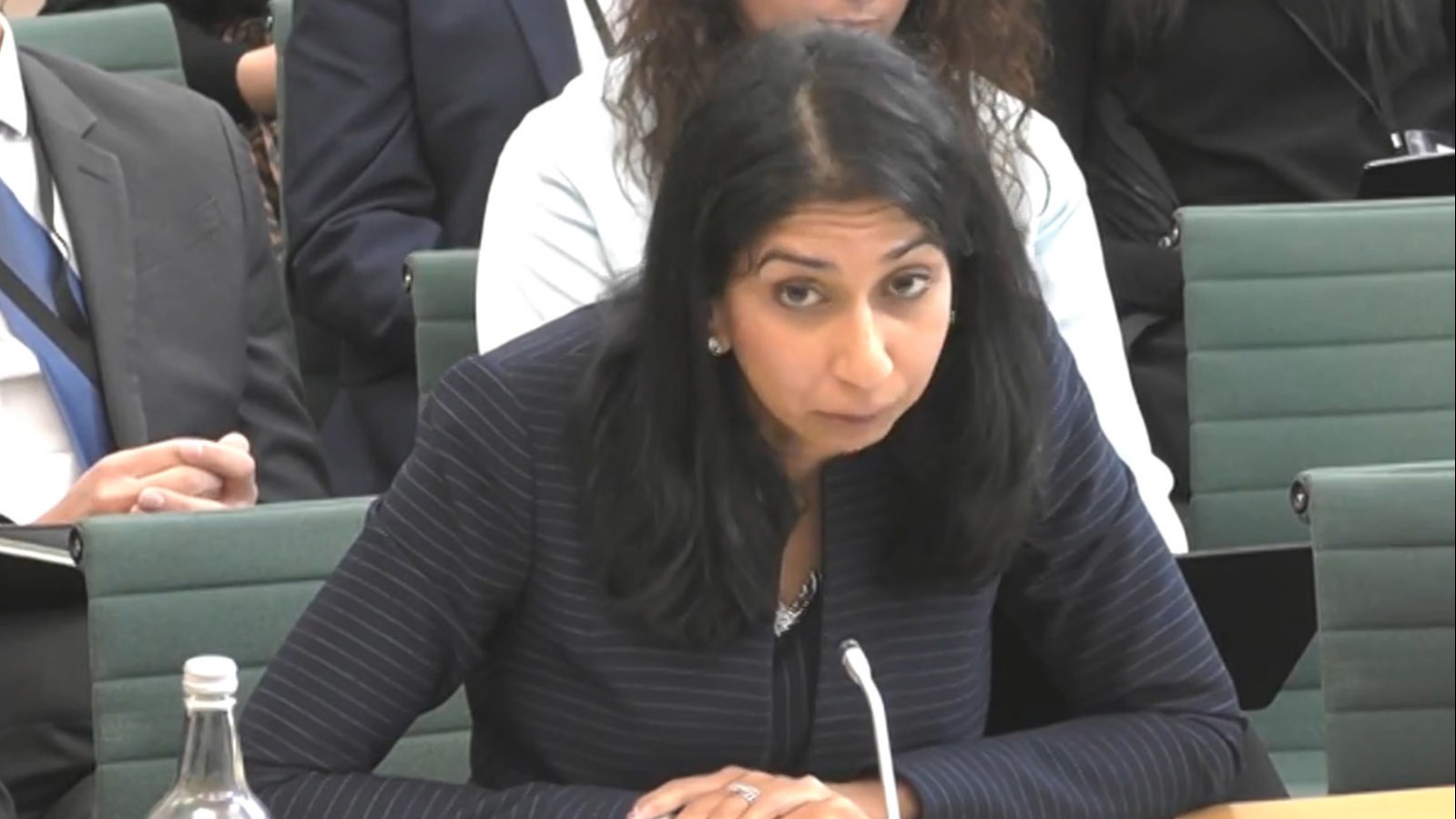 Ms Braverman was questioned by the Commons Home Affairs Committee on Wednesday about the legality of the center and why it became overcrowded.

The Home Office and Ms Braverman have faced heavy criticism over conditions at the Kent immigration center which has now been vacated, with the majority of migrants being housed in hotels across the country.

It was revealed on Sunday that a man had died in hospital after falling ill at the processing center, but the circumstances of his death are not yet known.

In response to a question during the committee hearing about who was responsible for the Manston crisis, Ms. Braverman said: “I’m not going to point the finger of blame at one person, it’s not that simple.

“I arrived fully aware that there was a growing problem at Manston. We worked incredibly quickly and intensively to source additional accommodation.”

The committee’s chair, Dame Diana Johnson MP, replied: “So it’s not your fault?”

The Home Secretary then said: “I will tell you who is to blame.

“It is the people who are breaking our rules, coming here illegally, exploiting vulnerable people and abusing the generosity of the British people. That’s who’s to blame.”

Ms Braverman confirmed she was aware of the Manston crisis when she became Home Secretary in September, but refused to take responsibility for the overcrowding.

Pressed further by Dame Diana, Ms Braverman said it was “not a government convention” to discuss the content of legal advice.

Ms Braverman said: “If you are implying that I was either not given legal advice or I ignored it, that is simply not true.

“But I cannot go into the details of what and when legal advice was given for convention reasons and because we face legal challenges.”

Manston has been described as a “short-term processing holding facility” where individuals can be held for a maximum of 24 hours.

“Extraordinary circumstances” meant people were being held there for more than 24 hours due to a lack of available accommodation, but the Home Office was grilled over the committee’s statement.

Dame Diana asked: “Why was this an exceptional circumstance as we all know the numbers forecast for this year would exceed last year’s 28,500 on small boats?

“Why didn’t the Home Office have any plans to deal with the numbers?”

Earlier in committee, Dame Diana said: “We note the good news that Manston was acquitted just before the Home Secretary appeared in this select committee and it raises questions as to why the crisis in Manston has been allowed to grow for so long.

“May I just ask how many judicial reviews have been opened to date against the Home Office for illegal detention in Manston?”

Ms Braverman confirmed that there is a “very high” number of judicial reviews against the Home Office.

When told there were said to be four reviews, Chief Home Secretary Matthew Rycroft CBE said he “didn’t know there were four”.

Dame Diana replied: “I’m quite surprised you didn’t think I could ask that question.”