Here’s why monarch butterflies are now an endangered species 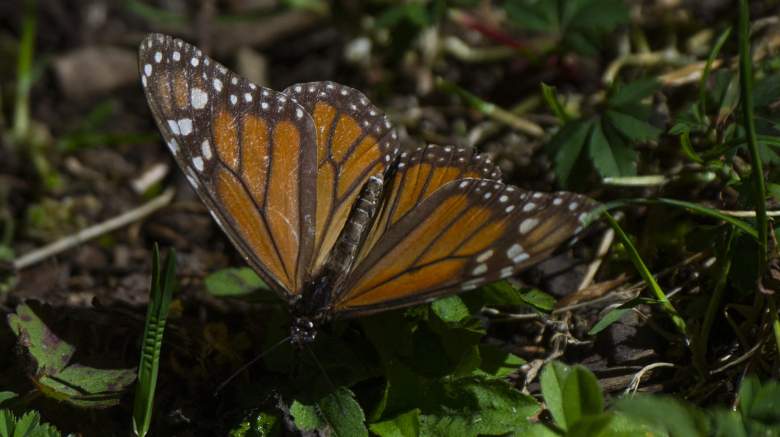 On July 21, 2022, the International Union for the Conservation of Nature placed the migratory monarch butterfly on its Red List of Threatened Species and listed it as critically endangered. Monarchs migrate across North America each year and are one of the continent’s most recognizable species. The Conversation asked Oklahoma State University biologist Kristen Baum, who has studied pollinators for more than 25 years, to explain the impact of the listing on the monarch butterfly in the United States

The IUCN is a network of public, private and non-profit organizations working to protect nature worldwide. The Red List, developed in 1964, provides a standardized approach to assessing species’ risk of extinction. Listing the monarch butterfly draws attention to its status and areas where more research is needed to understand the factors contributing to its decline.

The IUCN listing is for the migratory subspecies of the monarch butterfly or Danish Plexippus Plexippus. There are two migratory populations: one east and one west of the Rocky Mountains.

The eastern population migrates thousands of kilometers from wintering grounds in central Mexico to breeding grounds in the upper Midwest and southern Canada. The western population migrates from wintering grounds along the Pacific coast of California and Baja California, Mexico to breeding grounds west of the Rocky Mountains. Monarchs in other places around the world, such as in Europe and many Pacific islands, do not migrate and are not part of the list.

There are many factors that contribute to the decline of monarchs. One of the biggest threats is fragmentation and habitat loss. Habitat fragmentation occurs when urban development or agricultural expansion breaks up large habitats into smaller, often isolated patches. This leaves monarchs with fewer areas to find the nectar-rich plants that adult butterflies feed on, or milkweed, the sole food source for monarch caterpillars.

Other threats include pesticides, disease, climate change and invasive species. Providing more suitable habitats for monarchs in more locations could help them tolerate these stresses.

Monarchs are particularly vulnerable to threats during the parts of their annual cycle when many millions of them band together. For example, a winter storm in March 2016 killed 31–40% of the monarchs in some wintering colonies in central Mexico. Winter storms also blow down trees, which can reduce habitat for overwintering colonies in subsequent years.

Temperature and precipitation can affect the spring and fall migrations of monarchs and the success of the breeding season. For example, spring weather is an important factor affecting the size of the summer monarch population. Slightly warmer and drier springs produce more monarchs on the summer breeding sites.

Not yet, although the US Fish and Wildlife Service acknowledges they are endangered.

The agency received a petition in 2014 to list the monarch butterfly as threatened by the Endangered Species Act. It concluded in 2020 that listing the monarch was warranted but ruled out. This means that while monarchs are critically endangered, they are less at risk than other species that are currently a higher priority, such as the rust-spotted bumblebee.

That decision put monarchs on the candidate list, where the agency reviews their status every year. Only a subset of the IUCN Red List species are also protected under the Endangered Species Act. For insects, this figure is less than 20%.

The IUCN report estimates that the eastern monarch population has declined by 22% to 72% and the western population by 66% to 91% over the past decade. Assessing trends for insect populations can be difficult as they tend to fluctuate from year to year.

Another challenge in measuring populations of migratory species is that patterns can differ depending on when in the annual cycle they are evaluated, e.g. B. Breeding or overwintering. To estimate how many eastern monarchs winter in central Mexico, scientists measure how many acres of trees are covered with monarchs and convert that number to an estimated number of butterflies.

Many factors affect how densely monarchs cluster in trees on their wintering grounds. Estimates based on data from the summer breeding grounds are also difficult, as monarchs go through several generations per year and reproduce over a large area.

Wandering monarchs have a vast range that stretches from southern Canada to central Mexico and includes all of the contiguous United States. They use many types of open habitats, from prairies to urban parks. This complicates the implementation and enforcement of regulatory measures.

The IUCN report indicates that the decline in the eastern migratory population appears to have slowed or even stabilized over the past 10 years. The 2014 petition to list monarchs under the US Endangered Species Act prompted many actions in support of monarchs that likely helped slow their decline, from planting milkweed and nectar plants in home gardens to large-scale restoration projects.

Supporting this effort could bring more benefits than listing under the Endangered Species Act. When a species is listed, the federal government creates a recovery plan, which often includes restrictions on actions that threaten the species, such as: B. hunting or land development. Studies have found that private landowners are often reluctant to engage in conservation activities, e.g. B. by allowing researchers to monitor the species on their property after a species has been listed.

Whether listing monarchs would have this effect is difficult to say. People love monarch butterflies, and collaborative science projects involving activities such as egg and caterpillar monitoring and monarch tagging are very popular. The data collected by citizen scientists has expanded researchers’ knowledge of monarchs. Many of these efforts took place over large areas and long periods of time that would be difficult for scientists to replicate.

I see community scientists as crucial to informing monarchs’ conservation efforts and hope that IUCN’s action will inspire more people to get involved.

By Kristen A. Baum, Professor of Integrative Biology and Associate Dean of Research, State University of Oklahoma