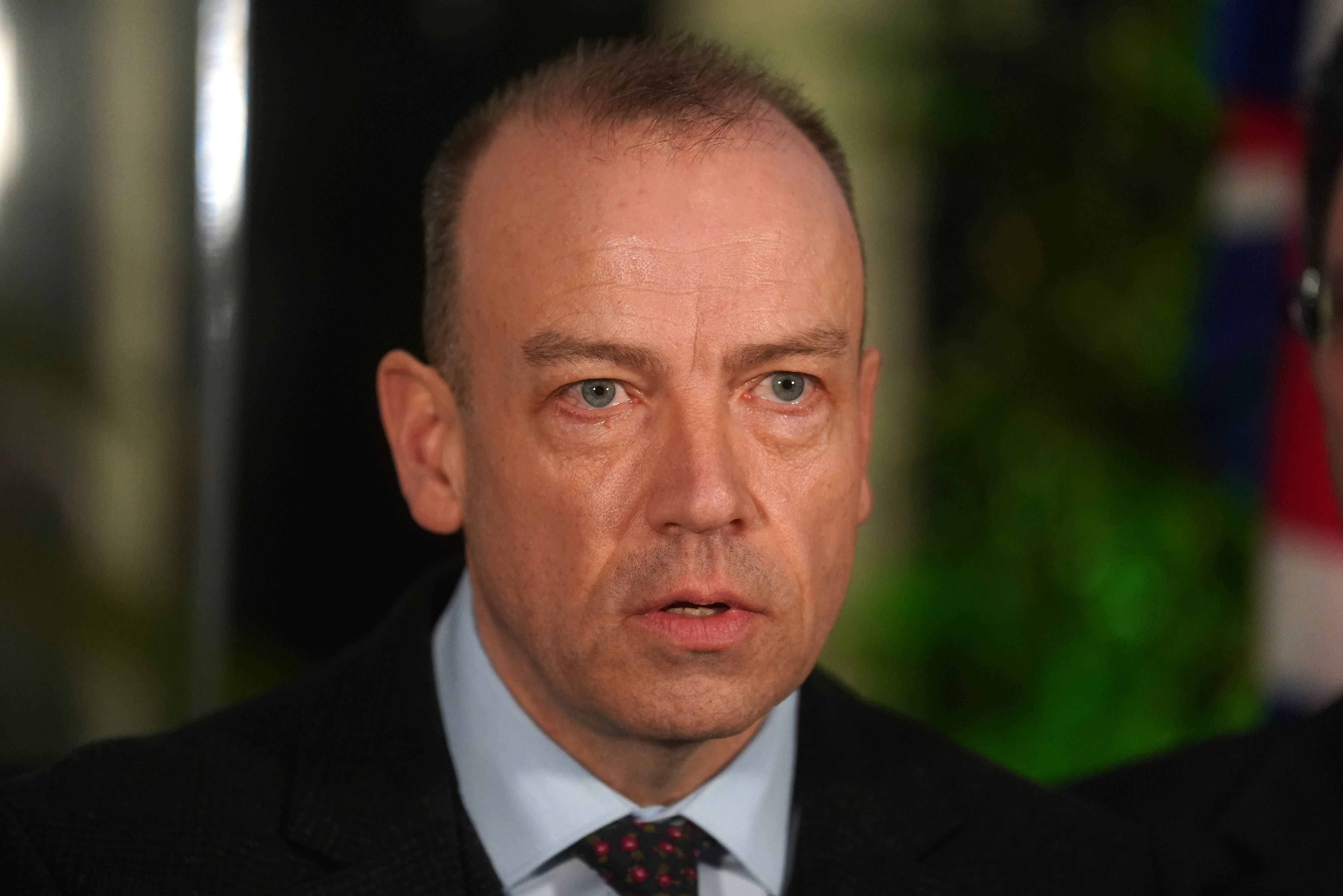 Chris Heaton-Harris commented that a further deadline for the formation of a ministerial executive would fall by the wayside.

By Thursday night it was clear that the midnight deadline for convening an executive would pass without progress, meaning the government would again assume legal responsibility for holding early elections in the region next Friday.

A sustained DUP bloc against how power-sharing works in protest at the Northern Ireland protocol of Brexit has kept the Stormont institutions in cold storage since the last general election in May.

Mr Heaton-Harris does not have to announce a date for a poll right away and he has made it clear he will take a few weeks to consider his options and see what comes of ongoing talks between London and Brussels over the protocol emerges.

On Thursday, Mr Heaton-Harris and other British ministers met Irish government counterparts for a meeting of the British-Irish Intergovernmental Conference in Dublin.

Regarding his next steps, he said: “I will speak to everyone involved.

“You will know that important talks between the UK government and the European Union are also being held in Brussels.

“So I think it’s worth taking the time to weigh my options.”

Irish Deputy Prime Minister Micheal Martin has said the DUP is committed to dropping its Stormont boycott regardless of what emerges from the EU-UK talks on the protocol.

“In my view, independently of these talks about the DUP, there is an overriding obligation to fulfill the mandate of the people of Northern Ireland,” he said.

“And I believe passionately that elections should of course be followed by the convening of an assembly or a parliament and a government – that is democracy at work and the people of Northern Ireland deserve no less and I deserved to have scored those points towards the DUP and other political parties.

“I raised these issues three years ago when another party’s (Sinn Fein) convention collapsed and we were absent for about three years, and that was something I, as a Democrat, could never accept.”

Election Day is normally around six weeks after an election is announced, so Mr Heaton-Harris would have until mid-March to call a poll if it is to take place before the 12-week deadline in mid-April.

That would give Mr Heaton-Harris another six weeks to see what comes out of the UK-EU talks on the protocol.

If an agreement is reached in the coming weeks and the DUP agrees to re-enter power-sharing on that basis, Mr Heaton-Harris could ask Parliament to retrospectively extend the January 19 deadline for forming an executive – meaning that the parties could return to Stormont without the need for a new election.

January 19 was the latest in a series of deadlines given to parties to revive decentralization following the May election.

Since the institutions can only function with the cooperation of the largest nationalist party and the largest unionist party, the DUP effectively vetoes the return of power-sharing.

The party has clarified that it will only return to government if significant changes are made to protocol.

Many trade unionists in Northern Ireland are vehemently opposed to agreements that have created economic barriers to the movement of goods between Britain and Northern Ireland, insisting the protocol has weakened the region’s position within the UK.

The EU and the UK continue to negotiate with the aim of significantly reducing the administrative burden on trade in the Irish Sea, with both sides recently raising the potential for an agreed solution.

The DUP has made it clear that any agreement that may emerge must pass its trade barrier tests if it is to support a return to Stormont.

“No executive has been formed because the NI protocol does not have and will not have the support of unionists,” she said.

“It is up to the Secretary of State whether an election is called.