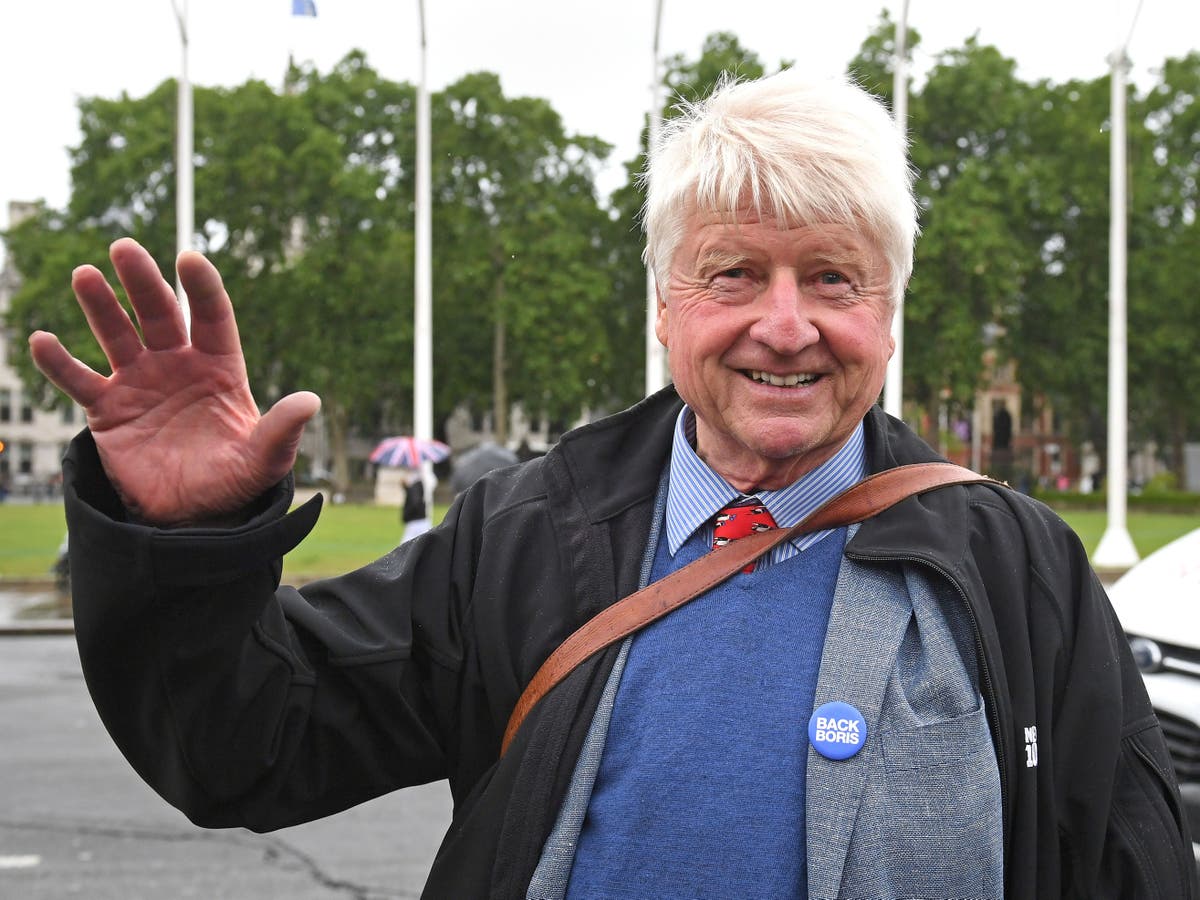 A Tory environmental group is internally investigating allegations made against Ambassador Stanley Johnson after a senior MP and journalist alleged that he was inappropriately touching them.

Tory MP Caroline Nokes has alleged the Prime Minister’s father violently hit her on the back in 2003, and political journalist Ailbhe Rea has alleged he “touched” her in 2019.

The Conservative Environment Network (CEN) – an independent forum of activists affiliated with the party and which boasts Mr Johnson as its international ambassador – has condemned the alleged conduct.

The group said in a statement: “We take all allegations of inappropriate behavior very seriously. We have clear internal processes for dealing with such allegations that are currently being pursued. The alleged behavior is not acceptable to CEN. “

The network is an independent forum from the Conservative Party, but it also consists of a parliamentary group that claims to have 120 Tory MPs and colleagues who “drive the green-conservative agenda in Westminster”.

The group did not say whether Mr Johnson was suspended from his role on the steering committee during the internal investigation into the allegations, or whether he could be asked to resign if the allegations are substantiated.

Right-wing commentator Isabel Oakeshott appeared to back up Ms. Nokes and Ms. Rea’s claims on Wednesday – describing the Prime Minister’s father as “handy” while advising police to stay out of the matter.

Ms. Oakeshott shared a picture of herself with Mr. Johnson and tweeted, “The charming Stanley Johnson can be a little over-friendly – convenient indeed – but I don’t think that’s something for the police. Officials should focus their limited resources on investigating real crimes. “

Mr Johnson, 81, said he had “no memory at all of Caroline Nokes”. The Conservative Party has yet to say whether an investigation will be opened and No. 10 declined to comment on the allegations against the “private individual”.

Earlier on Wednesday, Cabinet Secretary Anne-Marie Trevelyan said she would likely have “hit” Mr Johnson if he had improperly touched her in the manner alleged by her Tory colleague, Mrs Nokes.

When asked if Mr Johnson was being investigated, the international trade secretary told Sky News: “I will be leaving Caroline to work on it with the party. But we have a robust system and I very much hope that she can pull it off with the party machine. “

When asked what she would have done in response to the alleged touch, Ms. Trevelyan said: “I would probably have slapped him then.

“Which is probably not a better reaction, but it would have been an instinctive reaction on my part and I think Caroline would have shown great personal reluctance if she had quietly moved away.”

Ms. Nokes, Chair of the Commons Women and Equalities Committee, suggested that the Prime Minister’s father touched her inappropriately during the 2003 Blackpool conference.

It was at this time that she was preparing to campaign to represent the Romsey constituency of Hampshire in the 2005 elections. “I remember having a really celebrity man hit me on the bum as hard as possible and said, ‘Oh, Romsey, you have a nice seat,'” she told Sky News.

On Tuesday, after widespread support for her opinion, Ms. Nokes tweeted, “I just wanted to thank the Sisterhood for their solidarity and support today. You know who you are and you are great. “

Labor called on the Tory Party to open an investigation. Labor leader Sir Keir Starmer praised Ms Nokes’ “courage” to speak up, adding: “The allegations are serious and must be fully investigated.”