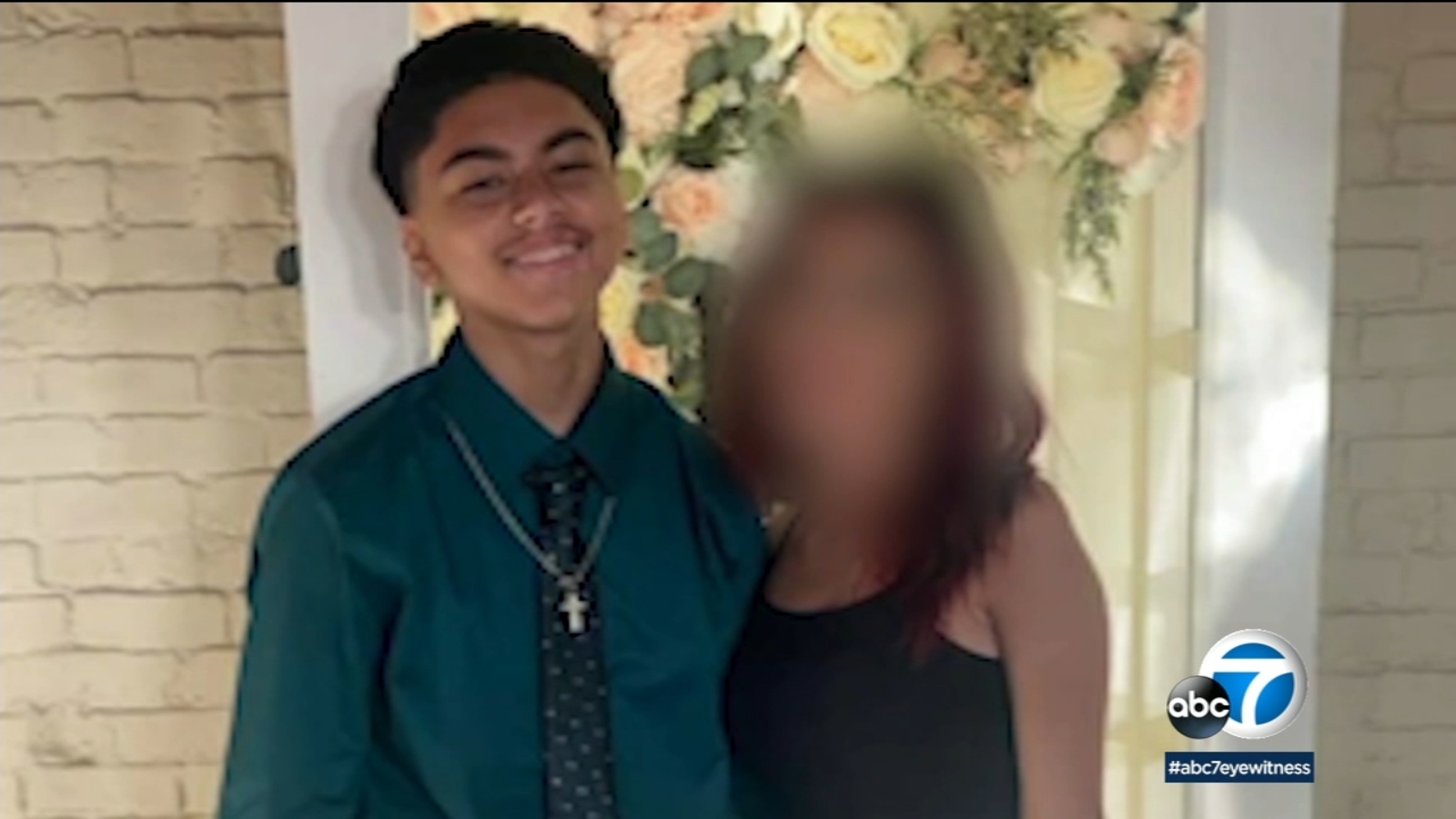 LOS ANGELES (KABC) — Candles were lit on a sidewalk in downtown Los Angeles as friends and family mourn a 13-year-old who was fatally stabbed in a confrontation with another group of teenagers earlier this week.

Marco Murillo Jr., 13, was getting food at Chick-fil-A near 7th and Flower Streets Wednesday night when another group of teenagers attacked him, according to his mother Lorena Lopez.

He was stabbed and taken to the hospital. He died a short time later.

“Marco was a good boy, with good intentions and a good soul,” said the boy’s aunt, Alexis Lopez.

His mother says there is no indication her son knew the others involved in the attack.

The police are looking for two young suspects in this case.

One individual, initially described as only a person of interest, was arrested and handcuffed for questioning at the scene. But someone in the crowd swung a skateboard at the officers, and in the excitement, the handcuffed person managed to escape. The person swinging the skateboard was arrested.

A vigil was held to pay tribute to the youth, who is described as a person with kindness at heart. Marco’s loved ones remember him with handwritten messages and photos.

“He was so loved,” said Amanda Patterson, a family friend. “He was 13. He was so helpful and wonderful.”

The pain on their faces reflects how badly they want justice for Marco.

“Whoever did this, I would hope they turn themselves in,” Patterson said. “It’s the right thing. The mother didn’t deserve to bury her 13-year-old son.”

According to the LAPD, the incident began as a verbal argument between Marco and another teenager that turned physical.

According to initial police reports on Wednesday evening, the victim had been both shot and stabbed. But investigators later clarified that he was only stabbed with an unidentified cutting instrument.

Officers are still looking for the suspect.