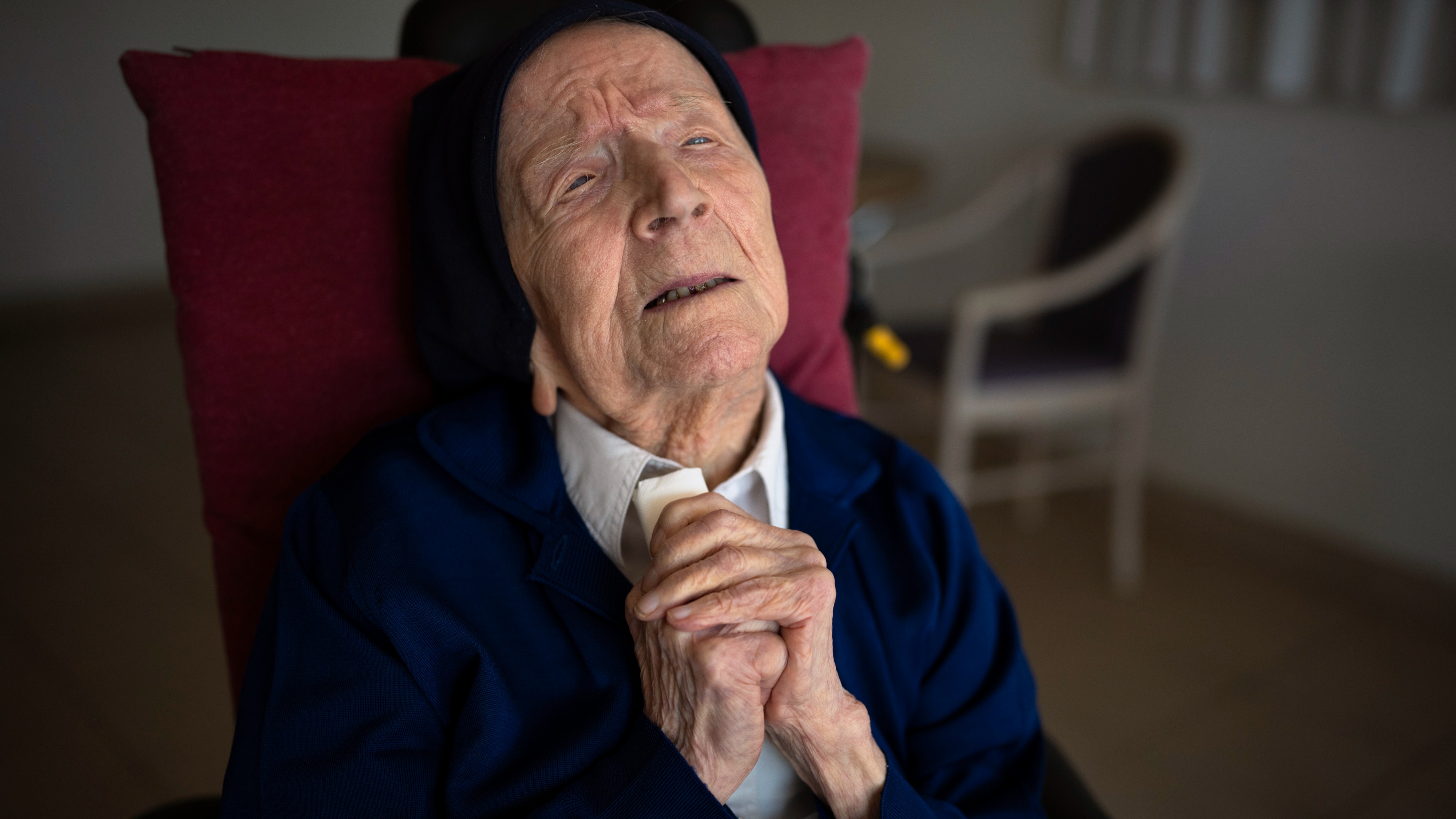 Lucile Randon, known as Sister André, was born on February 11, 1904 in the southern French town of Ales and experienced the two world wars.

As a little girl she was amazed at her first exposure to electric lights at school and recently survived Covid without even realizing she was infected.

The Gerontology Research Group, which validates details of people believed to be 110 or older, listed her as the world’s oldest known person after the death of Japan’s Kane Tanaka, 119 years oldlast year.

Sister André tested positive for Covid in January 2021, just before her 117th birthday, but she had so few symptoms that she didn’t even realize she was infected. Their survival made headlines both in France and beyond.

When asked about her extraordinary longevity through two world wars, she told French media in April last year that “work… brings you to life. I worked until I was 108.”

But local newspaper Midi Libre reported Sister André said in 2020 after recovering from Covid that “God has forgotten me”.

She was known for enjoying a glass of wine and chocolate daily on better days. She toasted her 117th birthday in 2021 with sparkling wine, red wine and port wine.

“It made me very, very, very, very happy,” she said in a phone interview at the time. “Because I’ve met all the ones I love and I thank heaven for giving them to me. I thank God for the trouble they have taken.”

Sister André, who supposedly took her religious name in honor of a favorite brother, recalled the highlights of her long life: “The happiest day of my life was when the armistice (end of the First World War) was declared”, and the population of Ales rallied the main square to sing the French national anthem.

Electricity, first experienced as a little girl turning on a light in a classroom, was a new word to her and, as she put it, “a joy”.

In a statement, French President Emmanuel Macron and his wife Brigitte paid tribute to “this altruistic figure, whom the French saw as a reference, a source of pride and attachment”.

Jeanne Calment, a French woman who also lived in the south of France, died in 1997 at the age of 122 and is said to hold the record for longevity.

Sister Andre died at 2am on Tuesday at the Sainte-Catherine-Laboure nursing home in the southern French city of Toulon, spokesman David Tavella said.

The oldest living known person in the world listed by the Gerontology Research Group is American-born Maria Branyas Morera, residing in Spain, aged 115.