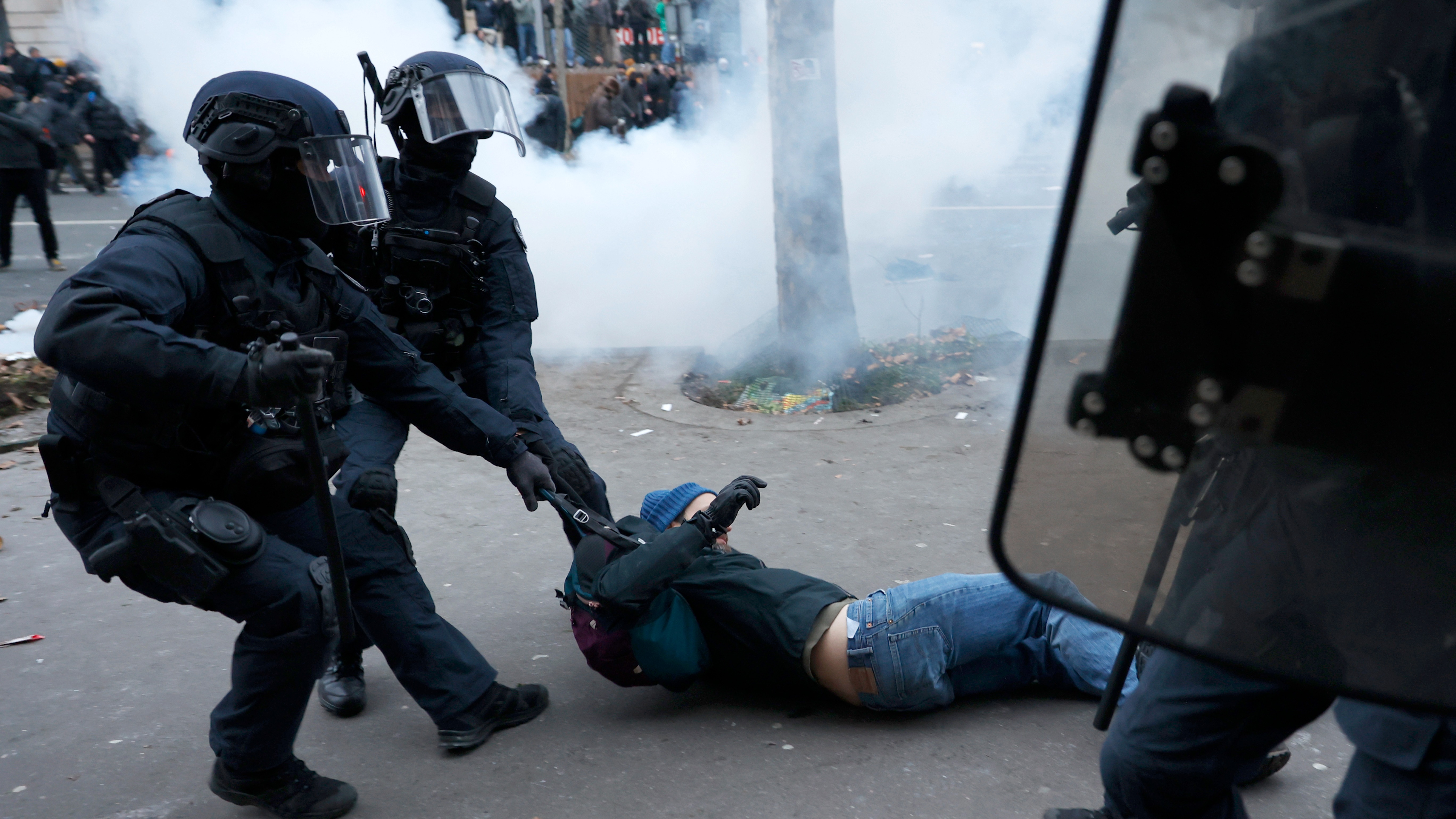 Strikes, seen as a major test for Emmanuel Macron and his presidency, have severely disrupted transport, schools and other public services across the country. Demonstrations gathered thousands of people in the cities of Paris, Marseille, Toulouse, Nantes, Lyon and other places.

French workers would have to work longer before receiving a pension under the new rules, with the nominal retirement age rising from 62 to 64. President Emmanuel Macron says the measure is necessary to keep the pension system financially sustainable, but unions say it threatens hard-won workers’ rights.During a press conference at a Franco-Spanish summit in Barcelona, ​​Spain, Macron said that “we have to do this reform” to “save” the pension system.

“We will do it with respect, in a spirit of dialogue, but also with determination and responsibility,” he added.

Selim Draia, 48, an animator, said some changes might be needed, “but through so fast. I think the country is divided and polarized enough to take the time to talk.”

According to the Ministry of National Education, around 34-42% of teachers were on strike. High school student unions should also join the protests.

“At 64 you start having health problems. I’m 68 and in good health, but I see doctors more often now,” he said.

In a country with an aging population and rising life expectancy, where everyone receives a state pension, Macron’s government said reforms are the only way to keep the system solvent.

Unions argue that pension reform threatens hard-won rights and propose a tax on the wealthy or higher wage contributions from employers to fund the pension system. According to surveys, most French people are also against the reform.

More than 200 rallies were held across France on Thursday, including a large rally in Paris attended by all of France’s major unions.

Encouraged by the high turnout, French unions announced new strikes and protests for January 31st.CFDT union leader Laurent Berger called the government’s plans an “unfair” reform of BFMTV and urged workers to “peacefully take to the streets to say they disagree”.

Police unions opposed to pension reform are also taking part, while those on duty brace for possible violence if extremist groups join the demonstrations.

According to the railway authority SNCF, the majority of trains across France have been cancelled, including some international services. Around 20% of flights from Paris Orly Airport have been canceled and airlines have warned of delays.

The strike also affected some monuments. The Palace of Versailles was closed on Thursday, while the Eiffel Tower warned of possible disruption and the Louvre Museum said some exhibition spaces will remain closed.

Many French workers expressed mixed feelings about the government’s plan, citing the complexity of the pension system.

Quentin Coelho, 27, a Red Cross worker, said raising the retirement age “is not an efficient strategy. If we do it now, the government might decide to raise it further in 30 or 50 years. We can’t predict it.”

Coelho said he doesn’t trust the government and is already saving money for his pension.

French Labor Minister Olivier Dussopt acknowledged “concerns” raised by the pension plans, which would require “extra effort” from workers. He urged the strikers not to block the country’s economy.

“The right to strike is a freedom, but we don’t want blockades,” he said in a speech on LCI television.

Protracted strikes hit Macron’s latest attempt to raise the retirement age in 2019. He finally withdrew it after the outbreak of the Covid-19 pandemic.

The French government will formally present the pension law on Monday and go to parliament next month. Their success will depend in part on the scale and duration of the strikes and protests.