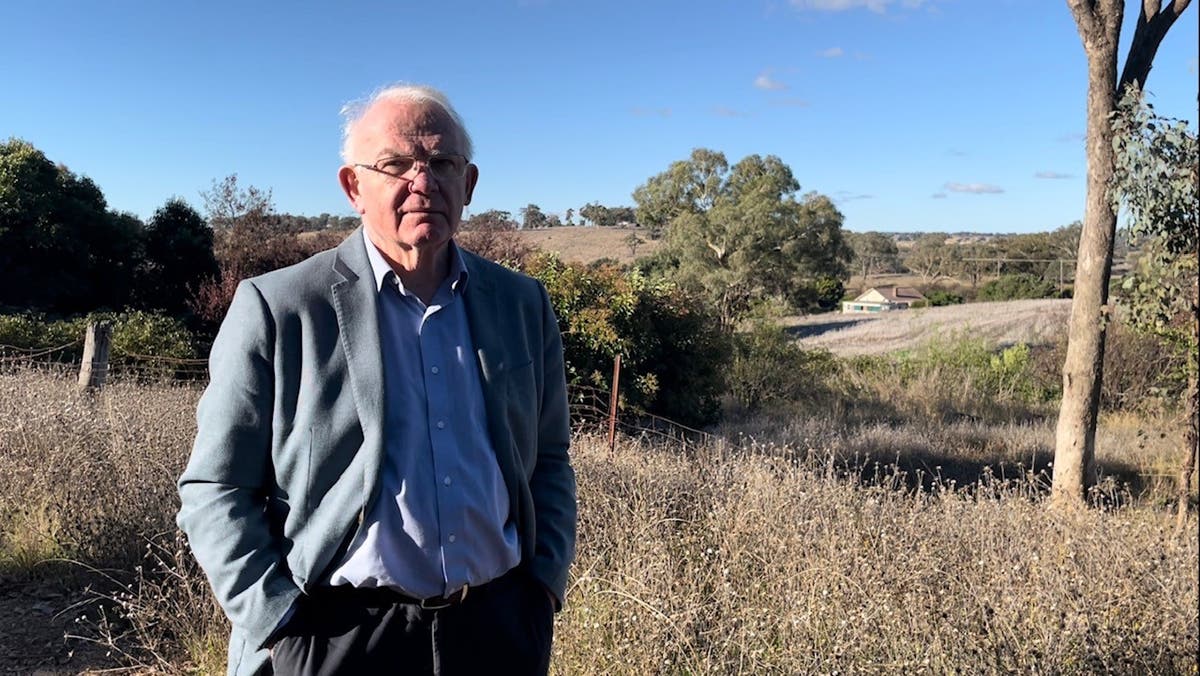 British migrant children who were physically and sexually abused as children on a notorious orphanage farm in rural Australia have immortalized their long fight for justice in a new book.

Reckoning by David Hill – himself a former migrant child and later chairman of the Australian Broadcasting Corporation – is the follow-up to The Forgotten Children, which was published 15 years ago.

While the earlier book was an oral tradition of dozens of first-hand accounts of the children being sent to Fairbridge Farm School in Molong, the latest work describes how it sent shockwaves through the British and Australian governments.

The farm school, to which Mr. Hill and about a thousand other “orphans of the Empire” were sent, had been blacklisted by the Home Office in 1956 but would continue to operate for the next two decades.

“All of them, all of these governments and the Fairbridge institutions in Britain and New South Wales… they all acknowledged that it happened. They have apologized to the victims and all agreed to pay financial compensation.”

His 2007 book, followed by a nationally broadcast documentary in Australia, prompted more former residents to come forward with revelations of abuse, rape and molestation at the farm school. When most of the approximately 200 survivors received a record payout of A$24 million (£13.6 million) from the NSW government in 2015, more than 60% said they had been abused.

“Larger in scope, wider in geographic distribution, and longer in the length of time it has gone undetected. I am shocked by the information I have seen.”

But when Mr Hill tried to launch his book in Molong in 2007, he received a backlash, with “local hostilities” forcing him to move the event from a cafe to the back of his car in the train station car park.

A lot has changed in 15 years, says Hill. This includes local perception, which is one of the aspects documented in Reckoning.

Previously widespread disbelief was aided by decades of denial by the Fairbridge Society and the British and Australian governments. The dark truth became harder to hide when Mr Hill and his former migrant child Ian “Smiley” Bayliff began searching through the many thousands of files in the Fairbridge Foundation’s offices in Sydney, at the University of Liverpool and in libraries and archives.

In the nearly two decades since then, British child migrants have received apologies from two prime ministers, several governments have paid reparations and they were key witnesses at the 2017 British Independent Inquiry into Child Sexual Abuse (IICSA) and the Australian Royal Commission in Institutional Responses to Child Sexual Abuse.

The collective sum that all four institutions and governments have paid out to the survivors of Molong farm alone now amounts to nearly A$100 million (£57 million), Mr Hill estimates.

And the withdrawal process is not even complete yet. The Prince’s Trust, founded by Charles, still owes money to farm school survivors.

Shortly before the release of Reckoning, Mr. Hill’s fellow explorer and lifelong friend, Mr. Bayliff, died after a long illness.

The book, which was the sum of decades of persistent research, was dedicated to him.

Prior to the IICSA in 2017, Britain’s Fairbridge Society had repeatedly denied any knowledge of allegations of abuse at its child migrant facilities. In 1997 its then director, Nigel Haynes, told a House of Commons committee that Fairbridge had “no instances of grievance or abuse on record”.

When the IICSA published its final report in March 2018, it found evidence that both the UK government and the Fairbridge Society were aware of abuse at the farm schools as early as the 1930s. It also said: “Fairbridge UK denied responsibility and, at best, was willfully blind to the sexual abuse evidence contained in its own archives.”

Gordon Brown appeared in person at the hearing. Since he publicly apologized to migrant children in 2010, he had read “The Forgotten Children” and found out about the sexual abuse.

Mr Hill, who was also present at the public hearing, recalled that the former Prime Minister was deeply upset that “he was not told the truth in 2010 about what the British government knew”.

One particularly harrowing story was that of Vivian Bingham, whose “life of abuse” continued after leaving school.

“She was pushed around terribly… She came to Fairbridge when she was five… It was a few months after I got there. She weighed 50 pounds and was first sexually abused when she was five,” Hill said.

“I found some documents in the Liverpool University archives (about what happened to her). Fairbridge knew here (in Australia) and Fairbridge knew there (in the UK) that she was distraught and wet her bed when she was six (and that her) evil cottage mother was trying to ‘cure’ her of it by she kept her head down toilet.”

In Reckoning, Mr Hill explained that it was often the smallest, youngest children who were treated the most brutally.

While he and his brothers endured much beating and slave labor-like conditions on the farm, he suspects they avoided sexual abuse because they were slightly older when they arrived and tried to stick together.