Five people injured in a car accident in a London building 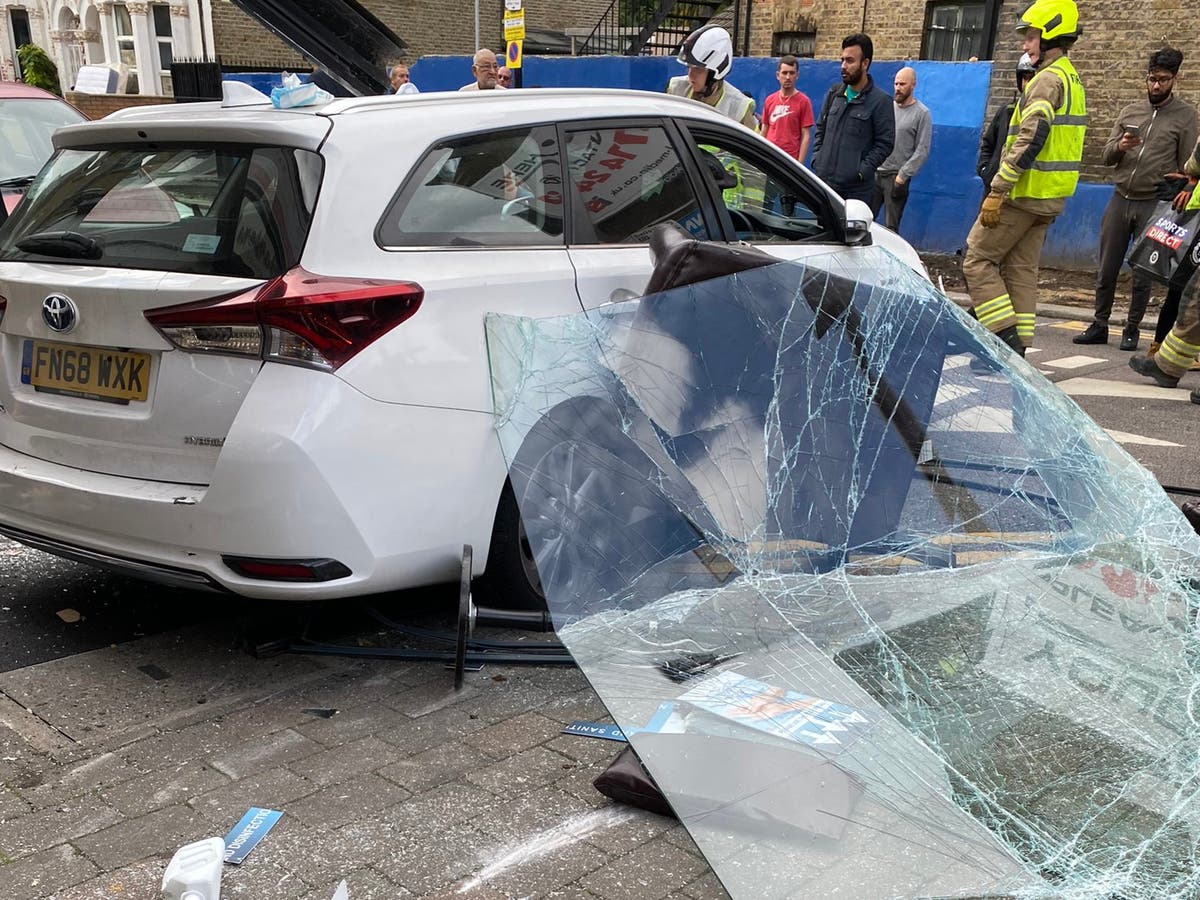 Five people were injured when a car crashed into a building in north-east London.

All were treated on site in Walthamstow and later taken to hospital, said the London ambulance service.

Footage shared on social media appeared to show the vehicle crashed into a barber shop.

Pictures shared on social media showed people huddled around a white car and a large pane of glass.

A London Fire Brigade spokesman said the vehicle crashed into a shop in Walthamstow.

A Metropolitan Police spokesman said officers were there on Wednesday and immediately provided first aid to the 65-year-old driver and others on site.

“All injuries are not believed to be life threatening,” they added.

The London Ambulance Service said the crews were present on Thursday afternoon at the scene of a vehicle crash into a building on Hoe Street in Walthamstow.

The London ambulance was also dispatched.

“We treated five people on site and took them all to the hospital, three as a priority,” added the spokesman for the London Ambulance Service.

The London Fire Brigade spokesman said they were called at around 1:50 p.m. “The incident was over for the fire department by 1510,” they said.