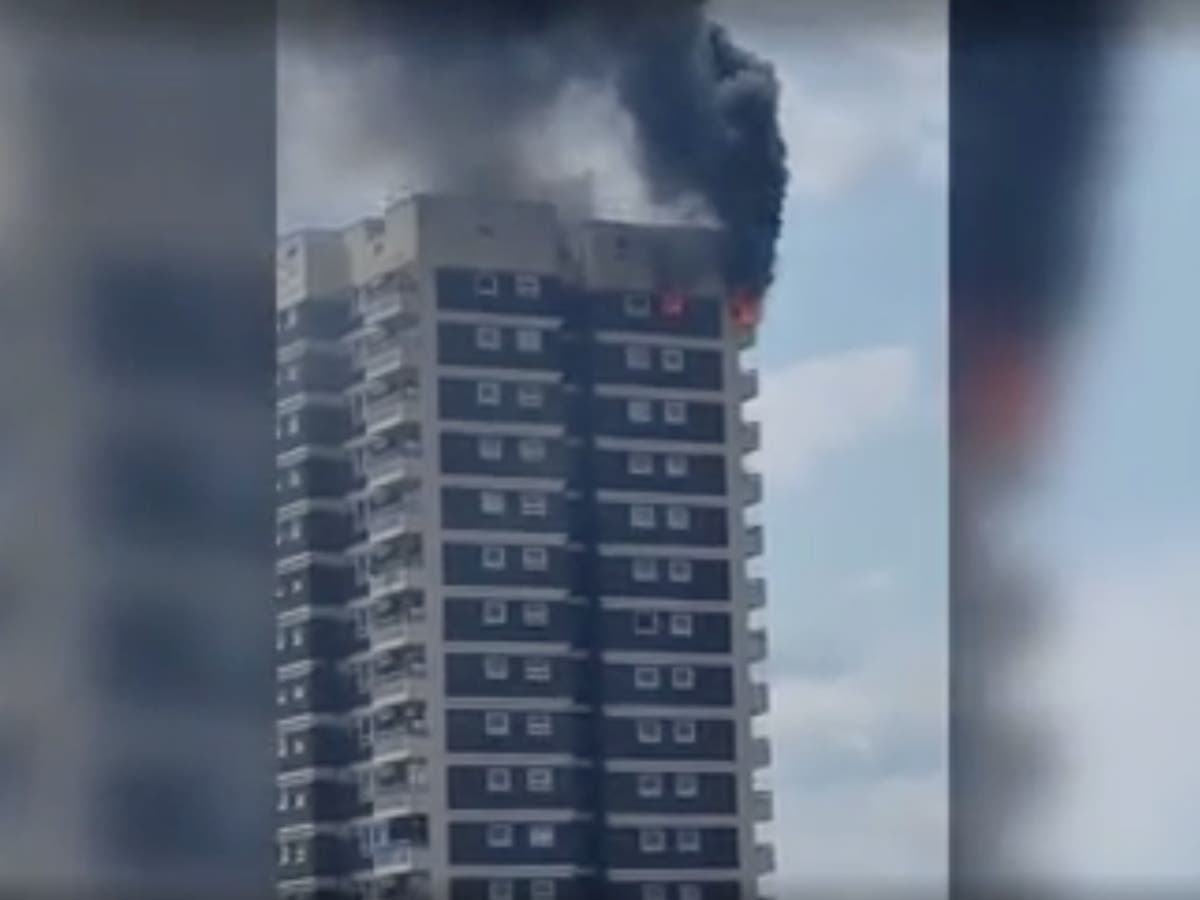 About 100 firefighters and 15 fire engines are fighting two separate blazes in a block of flats in London’s Docklands.

The London Fire Brigade (LFB) said its crews were fighting the blaze on Manwood Street in North Woolwich, which appears to be at the top of a block of around 18 stories.

A 17th-floor apartment in the building is on fire while crews are also fighting a second fire involving about an acre of grass across from the block.

According to the LFB, there have been more than 105 arson calls.

The London Ambulance Service said it had “sent a range of resources to the scene including advanced paramedics and our hazardous area response team”.

The cause of the fire has not yet been determined.

About 41 properties, including houses and warehouses, were destroyed in the capital as Tuesday’s heatwave made for the busiest day for the London Fire Brigade (LFB) since World War Two, according to Sadiq Khan.

Of the 16 firefighters who suffered “heat-related injuries,” two were hospitalized, LFB Deputy Commissioner Jonathan Smith said. Both have since been released.

The LFB declared a major incident yesterday as firefighters battled several significant fires across the capital.