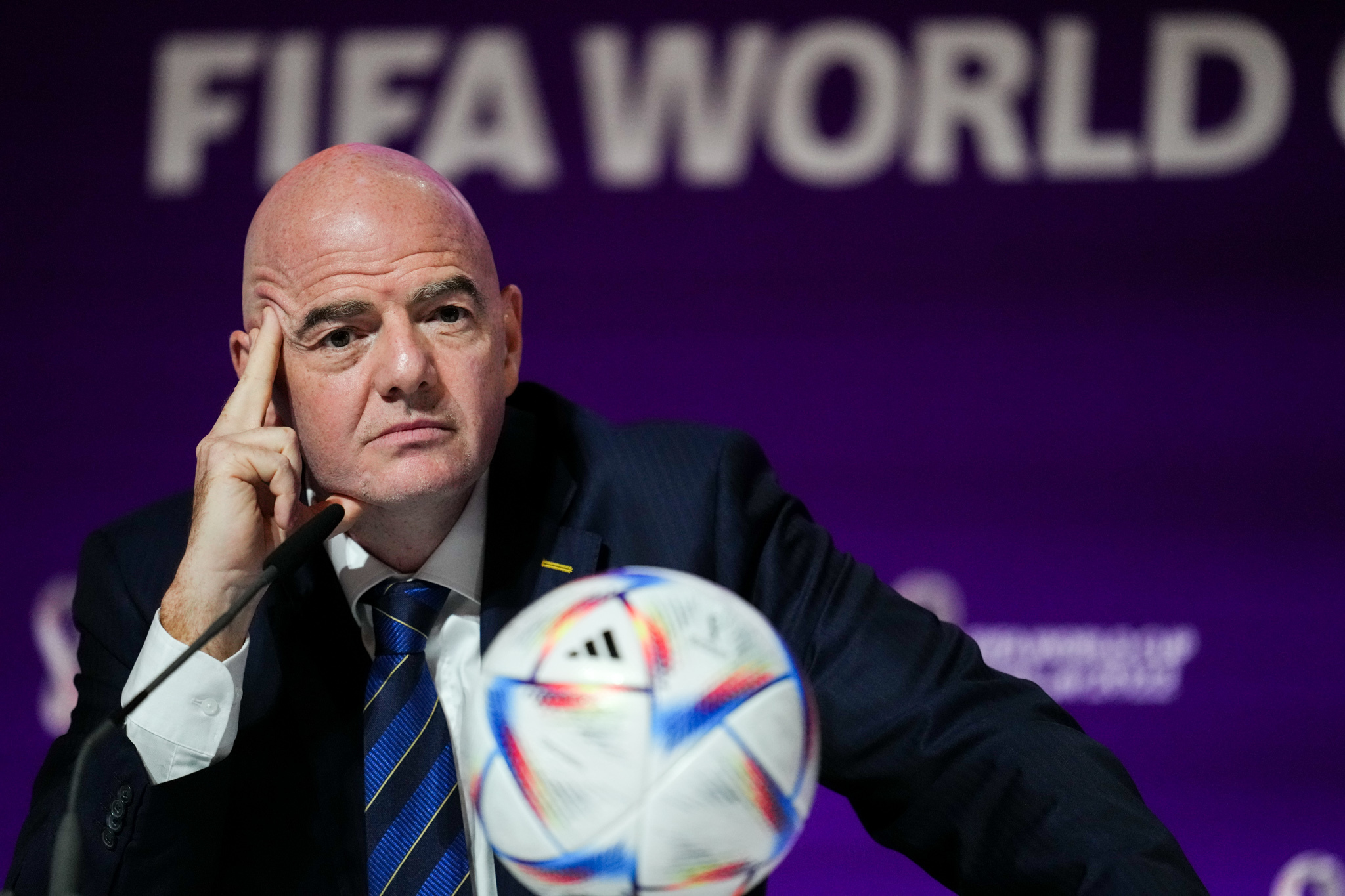 FIFA President Gianni Infantino has hit back at criticism of Qatar from Europe on the eve of 2022 World Championship.

The game’s global governing body has been attacked for its decision to hold the finals in the Middle East nation, which has spotlighted the treatment of migrant workers and the rights of LGBTQ+ people.

Speaking ahead of the tournament’s opening game on Sunday, Infantino said: “We’ve learned many, many lessons from some Europeans from the western world.

“I think for what we Europeans have done for the last 3,000 years, we should apologize for the next 3,000 years before we start teaching people moral lessons.”

“Of course I’m not Qatari, I’m not Arab, I’m not African, I’m not gay, I’m not disabled. But I feel like it because I know what it means to be discriminated against and bullied as a foreigner in a foreign country. I was bullied as a kid – because I had red hair and freckles, plus I was Italian, imagine.

“Europe is a center of multicultural tolerance, but even in Europe there are things that are not good. We should look at ourselves before we criticize others,” he continued.

In a letter earlier this month, Infantino and FIFA Secretary General Fatma Samoura called on the 32 World Cup countries to “focus on football” rather than human rights issues ahead of the tournament.

FIFA’s letter urged teams “not to allow football to be drawn into any ideological or political struggle that exists”.

FIFA “tries to respect all opinions and beliefs without giving moral lessons,” she added.

Infantino insisted that members of the LGBTQ+ community will be safe and welcome in Qatar, despite the country’s laws criminalizing same-sex relationships.

“Everyone is welcome. If you are a person who says the opposite, that is not the opinion of the country and certainly not of FIFA,” he said in his speech.

“Everyone who comes is welcome regardless of their religion, race, sexual orientation and beliefs. That was our requirement and the Qatari government is complying with this requirement.”

Asked if Qatar could move the goalposts on those commitments, citing the late change in alcohol sales in stadiums, Infantino replied: “It’s never too late to make changes, maybe we need to change on other issues, but when it comes to safety comes from people, when you talk about LGBT people, everyone’s safety is guaranteed by the highest level in the country.

“That’s the guarantee we gave and we still give.”

The sale of alcohol to fans in the World Cup stadiums in Qatar was banned on Friday just two days before the start of the tournament, Steve Scott reports

Meanwhile, the governing body introduced a new captain’s armband on Saturday, although a group of nations including England and Wales already intend to wear their own anti-discrimination version.

A FIFA press release issued on Saturday morning confirmed that it is working with United Nations agencies to run social campaigns throughout the tournament, with a different campaign for each round.

The topic of the quarter-finals will be “no discrimination”, it said.

The Football Association and other members of the working group who have pledged to carry the OneLove banner were due to meet as early as Saturday and it is understood the group will seek clarification on this latest move by FIFA.

The FA received no reply from FIFA last month about allowing them to wear the OneLove armband, but their chief executive, Mark Bullingham, has since said England are prepared to fine them for wearing them.

England captain Kane will continue to wear the OneLove armband regardless of the sanction, the FA said, and although FIFA is suddenly developing its own version.

‘I was the one holding him’: Elon Musk’s ex-wife Justine denies claims her son died in his arms

‘I was the one holding him’: Elon Musk’s ex-wife Justine denies claims her son died in his arms