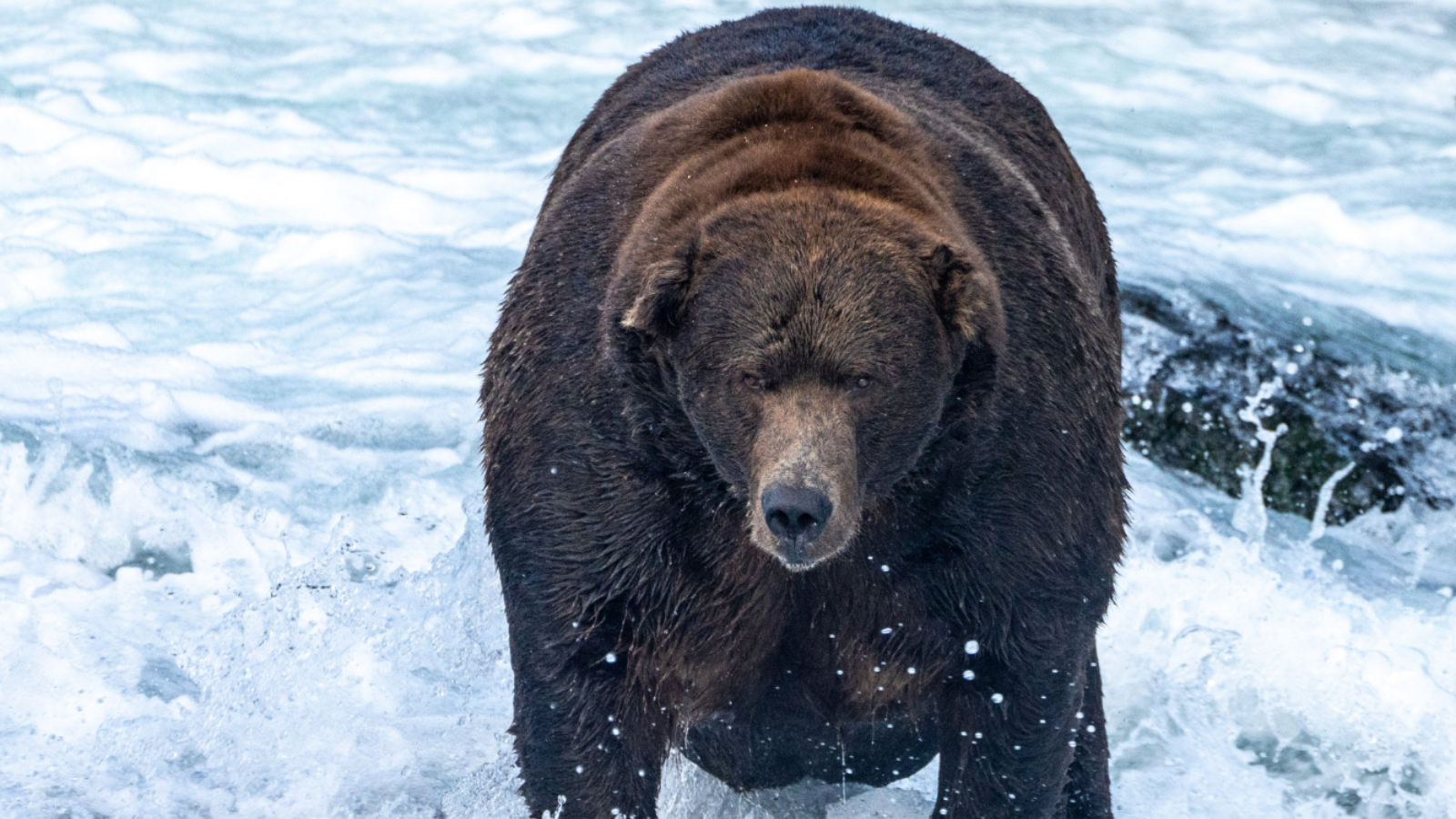 On Wednesday, Bear 747 was announced as the winner of Alaska’s Katmai National Park and Preserve Fat Bear Week contest.

Bear 747 triumphed over his last opponent, 901, by collecting more votes in the online poll.

The result was announced on Twitter by Explore.org, which said: “THIS 747 IS READY TO LANDING. Introducing your 2022 Fat Bear Week champion. Bear Force One!!!!”

However, Bear 747 might not have been declared this year’s winner if officials hadn’t discovered a foul play during the semifinal voting, which took place on Sunday.

Organizers became suspicious when Bear 747 semifinal opponent 435 Holly overcame a deficit of around 6,000 votes to lead. according to CNN.

The ballot box was found to be “stuffed” with fake votes, which were subsequently discarded. A recount brought Bear 747 into the finals.

This year’s win for Bear 747 was his second after winning the most votes in the 2020 finals.

In late summer and fall, it is described as “typically very fat with a low-hanging belly and uniformly dark brown fur.” online profile.

“Few brown bears ever grow to the size of the bear that shares an identification number with a jet plane,” he added.

“When 747 was first identified in 2004, it was a relatively young bear, only a few years old, and unable to compete with larger bears for the most popular fishing spots.

“He’s since become one of the largest brown bears on earth, perhaps weighing as much as 1,500 pounds.”

The Fat Bear Week competition coincides with the time of year when Katmai’s brown bears are at their fattest as they prepare to hibernate.

“Fat bears illustrate the richness of Katmai National Park and Alaska’s Bristol Bay, a wild region that is home to more brown bears than people and the largest and healthiest population of sockeye salmon in the world,” according to the competition’s official website.