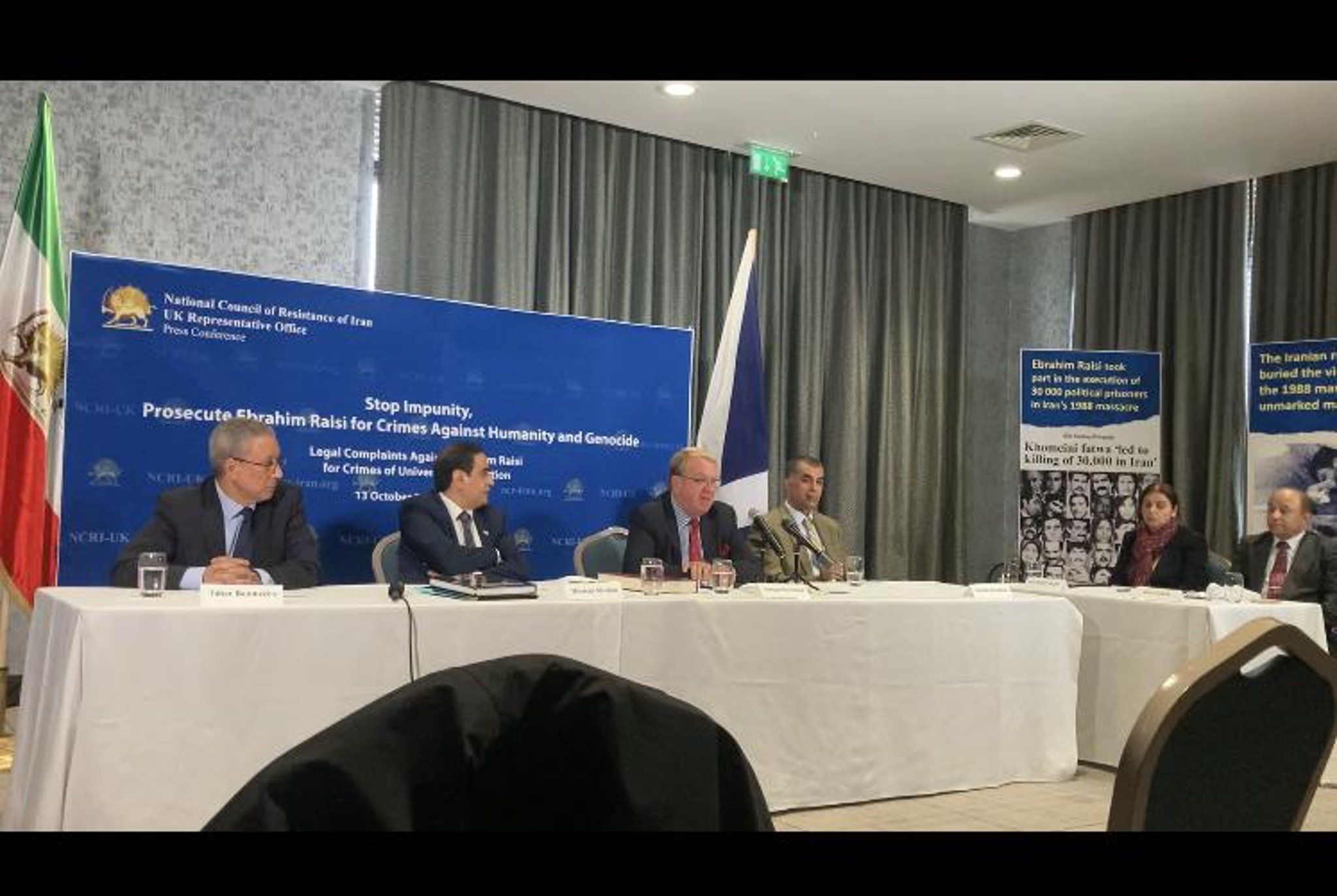 The family of victims killed in a massacre in Iran have formally filed a petition with the Scottish Police to arrest President Ebrahim Raisi for “genocide” and “crimes against humanity” when he enters Scotland.

The UK office of the National Council of Resistance of Iran (NCRI) held a press conference in Glasgow announcing the filing of two complaint cases against Ebrahim Raisi, the President of the Iranian regime, and calling on Scottish Police to use Raisi – the nickname “The butcher of” – to arrest Iran ‘- when visiting the country.

The NCRI claims that Ebrahim Raisi – who was invited to the climate talks in Scotland – was involved in the 1988 execution of 30,000 political prisoners in Iran.

Ahead of Cop26, former MEP Struan Stevenson chaired the conference, at which three out of five plaintiffs in the formal complaint Mr Stevenson made to the Scottish Police set out their reasons for persecuting Raisi.

Mr Stevenson claims that if President Raisi arrives for the climate change summit in Glasgow he should be “immediately arrested” under universal jurisdiction for genocide and crimes against humanity.

The former head of the UN Human Rights Office in Iraq, Tahar Boumedra, also attended the conference and said that the Metropolitan Police in London had received another complaint against Ebrahim Raisi.

During the conference, the plaintiffs discussed the torture and genocide that they and their families allegedly suffered under the regime of the Iranian President.

The plaintiffs, Mr. Ahmad Ebrahimi and Mr. Rezza Fallaha, allege that they were political prisoners from 1981 to 1991. Mr Ebrahimi claims he was subjected to physical and mental torture and talked about how he was taken to a corridor called the “death corridor” in 1988 and personally who The Iranian President is on the “death committee that has killed many people”.

Mr. Ebrahimi said, “I am one of the witnesses to this massacre. We’re filing a complaint against him in England and Scotland. We want him to be interrogated and investigated for crimes against humanity when he comes near this country. ”

Plaintiff Farzaneh Majidi claims she has lost five family members, including “two aunts who were hanged on Ebrahim Raisi’s orders”.

Ms. Majidi said: “We want the Scottish Police to give immediate assistance to the Iranian people and we ask them to arrest Ebrahim Raisi and other criminals on the Death Committee.”