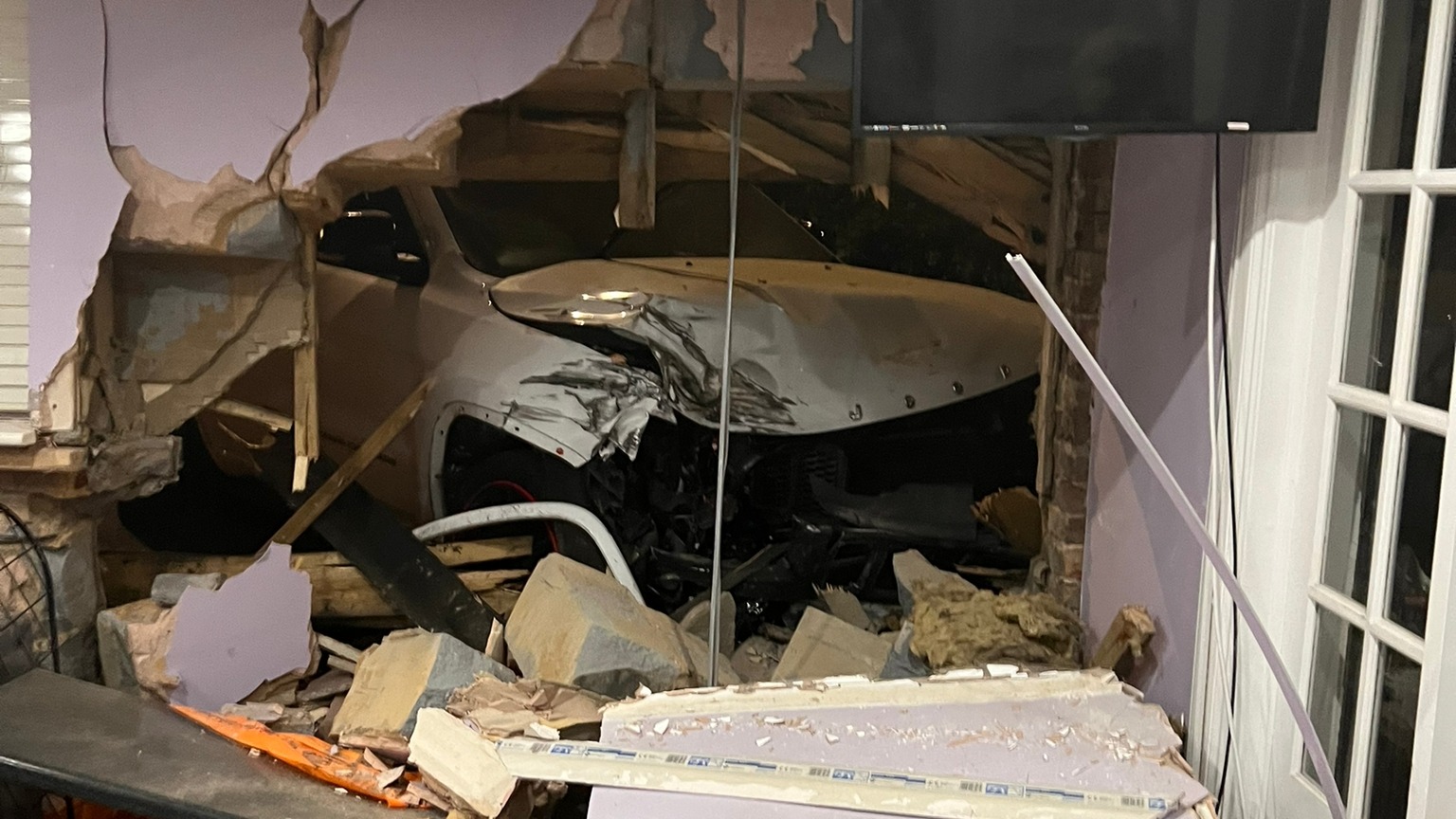 A concerned mum is fighting to get a speed camera installed on her Essex street after cars repeatedly crashed into her property, narrowly avoiding death or serious injury.

Laura Lines lives on Crooked Mile near Waltham Abbey with her husband Daniel and their two daughters but says they are all “nervous wrecks” after a car crashed through their living room wall last year.

The most serious accident happened in October 2022 when a driver smashed into her house in the evening and destroyed her living room.

“Fortunately we were all in bed and none of us were hurt or physically injured,” said the 44-year-old.

“On a normal evening we would probably still have been in the kitchen, either chilling on the sofas or tinkering. In fact, 30 minutes earlier I was sitting on the sofa with my nine-year-old daughter.

“We could have been injured badly or worse, there’s no need to think about that. I now have a daughter who is constantly nervous and says she doesn’t feel safe and will not be alone in any room of the house. She needs to be with someone to relax.

“There was a lot of structural and internal damage, including to furniture. A house we were very proud of, time and money to get it the way we wanted it.”

This wasn’t the first time the home had been damaged by cars going off the road. There were three incidents and the last occurred on January 19 when a car skidded on the icy surface and crashed into the garden fence.

In the garden there are kennels where Daniel trains police dogs. No one was hurt but very shaken.

Laura has now started a petition to have a speed camera or restrictive measures installed along Crooked Mile, where the speed limit is currently 60mph.

Speaking about the night in October, she added: “It was just so traumatic. I was lying in bed over where it hit the house so I felt the impact. We heard the screech and as soon as I felt it I knew it had hit me. I looked at the CCTV cameras and ran down the stairs without thinking as the adrenaline kicked in.

“I couldn’t open the door between my living room and my kitchen, it was blocked because it was shunting the whole house. I made it in – jumping barefoot over the rubble because my dog ​​is sleeping in the kitchen. I checked that the kids were okay and then just broke down. It’s like something out of a movie. I checked and there was half my wall missing and a car in my kitchen.

Laura’s nine-year-old daughter is now “petrified” and refuses to enter any room in the home without her mother or father.

She broke down in tears the other day when she was asked to go to the bathroom because she was afraid of what might happen. “How many more lives have to be lost or property damaged before they make a difference?” she added.

When asked about Laura’s mission to have a speed camera installed on Crooked Mile, an Essex Highways spokesman said: “The best way to move this forward is by speaking to your local Borough Council and if they support your request, can they get it through to the Local Highway Panel, which can assess whether there are appropriate speed reduction methods that can be implemented. You can add the petition as part of your supporting information.

Laura Lines lives on Crooked Mile near Waltham Abbey with her husband Daniel and their two daughters but says they are all “nervous wrecks” after a car crashed through their living room wall last year.