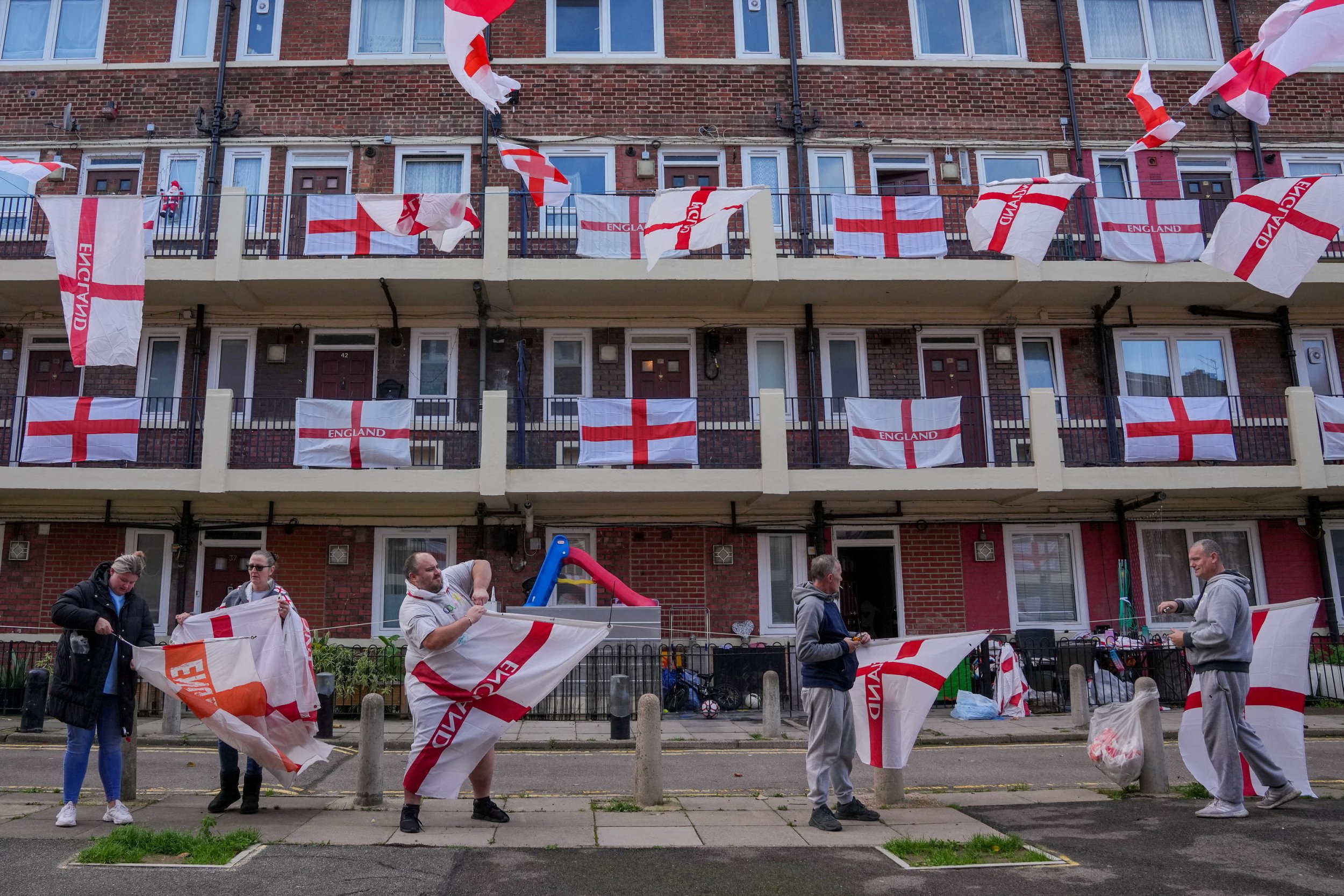 Millions are expected to watch tonight’s game, with fans working from home or leaving early to cheer on Gareth Southgate’s team

England fans have arrived early or are working from home today to watch the side’s World Cup opener against Iran.

Gareth Southgate’s side kick off their season in tonight’s Group B clash in Qatar, which starts at 1pm UK time.

The start of lunchtime has millions of fans making sure they can catch the game, and Three Lions supporters have found inventive ways to tune in.

According to Advanced Workplace Associates, just one in five employees will be at their place of work for tonight’s game as fans take advantage of the work-from-home culture that has continued in the wake of the pandemic.

One fan tweeted: “Today I’ll mainly rock to work, have a brew and then leave work to see England. Now I like a satisfying Monday at work.”

Another wrote: “Early at work getting ready for the England game… yeah that’s weird for a World Cup.”

Others spoke of choosing to work from home to keep the “game running in the background.”

According to YouGov, the last time England played Wales during normal working hours on a weekday was at 2pm at Euro 2016, when staff laid down tools in what is estimated to have cost the British economy more than £250million in lost revenue.

A poll by pollsters shows that one in eleven English workers who intend to watch the Iran game will do so at work without their boss knowing.

The report also found that 13 percent of fans took time off to watch the game and another 16 percent will watch the game with their employer’s consent.

Around 11.4 million people watched England’s World Cup opener against Tunisia in the 1998 tournament when the game kicked off at 1.30pm.

An average of 13.7 million viewers watched England’s opening game of the 2018 World Cup, also against Tunisia, which kicked off at 7pm.

Last night, Southgate spoke of his hopes that the England team can bring some much-needed cheer to the country as it faces a livelihood crisis and recession.

He said: “Our challenge is to give our fans a memorable tournament.

“We have taken them on fantastic journeys. Our country is in a difficult phase. We are in the middle of an economic recession. Life has been difficult for many of our people.

“So we want them to enjoy their football and have a journey with the team that really makes them happy.”