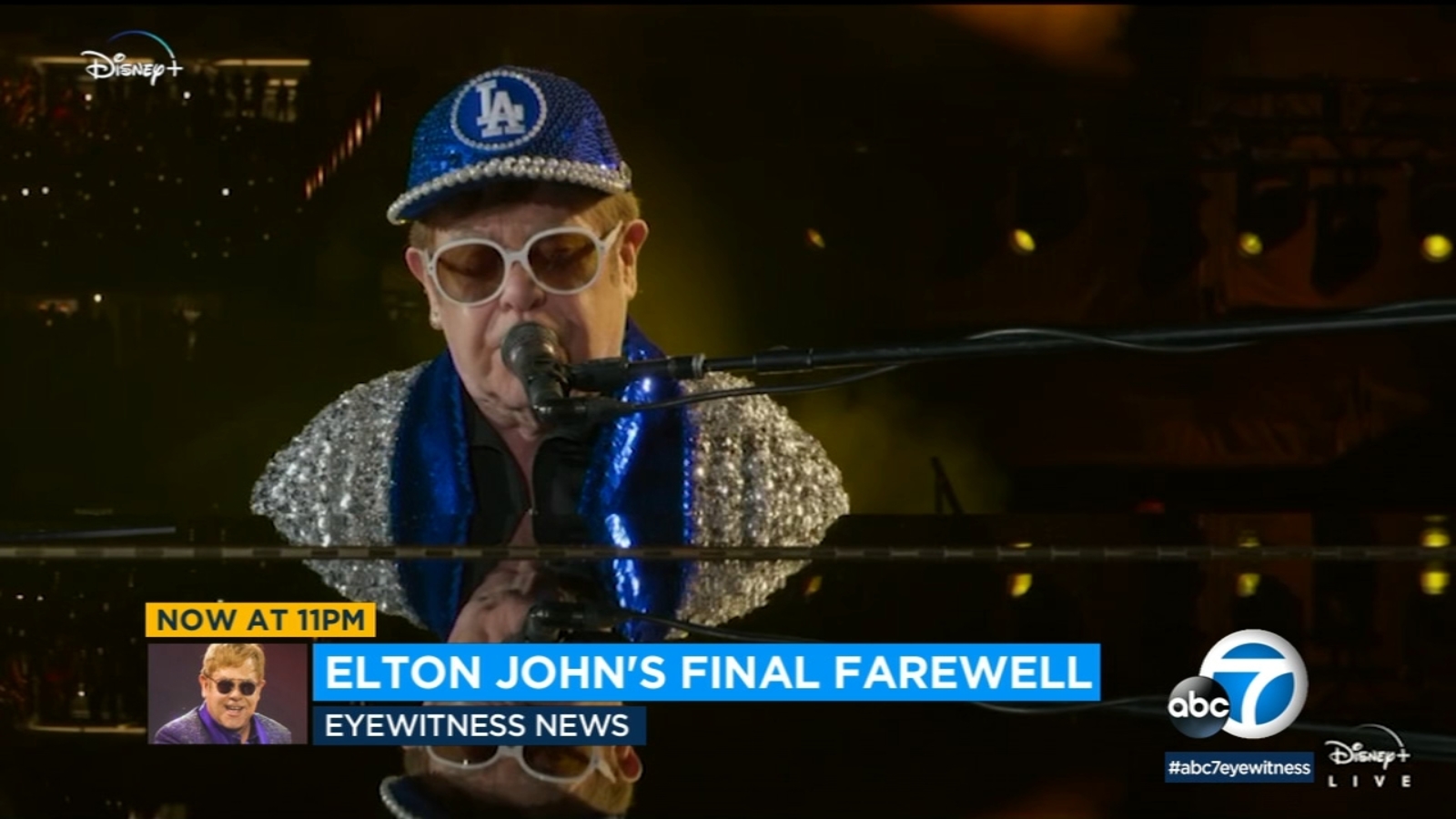 LOS ANGELES (KABC) — It was a night to remember for Elton John fans as the singer-songwriter performed a lively and emotional set at Dodger Stadium to close the US leg of what is expected to be his final tour.

Los Angeles holds a special place in John’s heart, as his performances at the ballpark in 1975 – in a sequined Dodgers uniform – were considered one of the most iconic shows of his early career.

On Sunday, he appeared in a glittery Dodger robe reminiscent of that original outfit.

John, 75, has announced that he will be retiring from performing at the end of his Farewell Yellow Brick Road tour. After graduating in Los Angeles, he will be performing in Australia and New Zealand early next year to complete the tour.

The crowd – and the stage itself – was packed with celebrities. John called Dua Lipa and Brandi Carlile to perform with him.

Carlile says Elton John has been an inspiration to her since she was a child.

“It’s so incredible,” Carlile said. “It’s my first time and it’s sort of the last for him and it feels mystical.”

Elton John has a long hit list and has sold more than 300 million records worldwide. Some of his most memorable songs are “Tiny Dancer”, “Rocket Man”, “Crocodile Rock”, “Bennie and the Jets”, “Goodbye Yellow Brick Road”, “Candle in the Wind” and many, many others.

He is a member of the Rock and Roll Hall of Fame, has a star on the Hollywood Walk of Fame and was knighted by Queen Elizabeth in 1988 in recognition not only of his artistic contributions but also of his charitable work.

The Dodger Stadium performance is available to stream on Disney+.