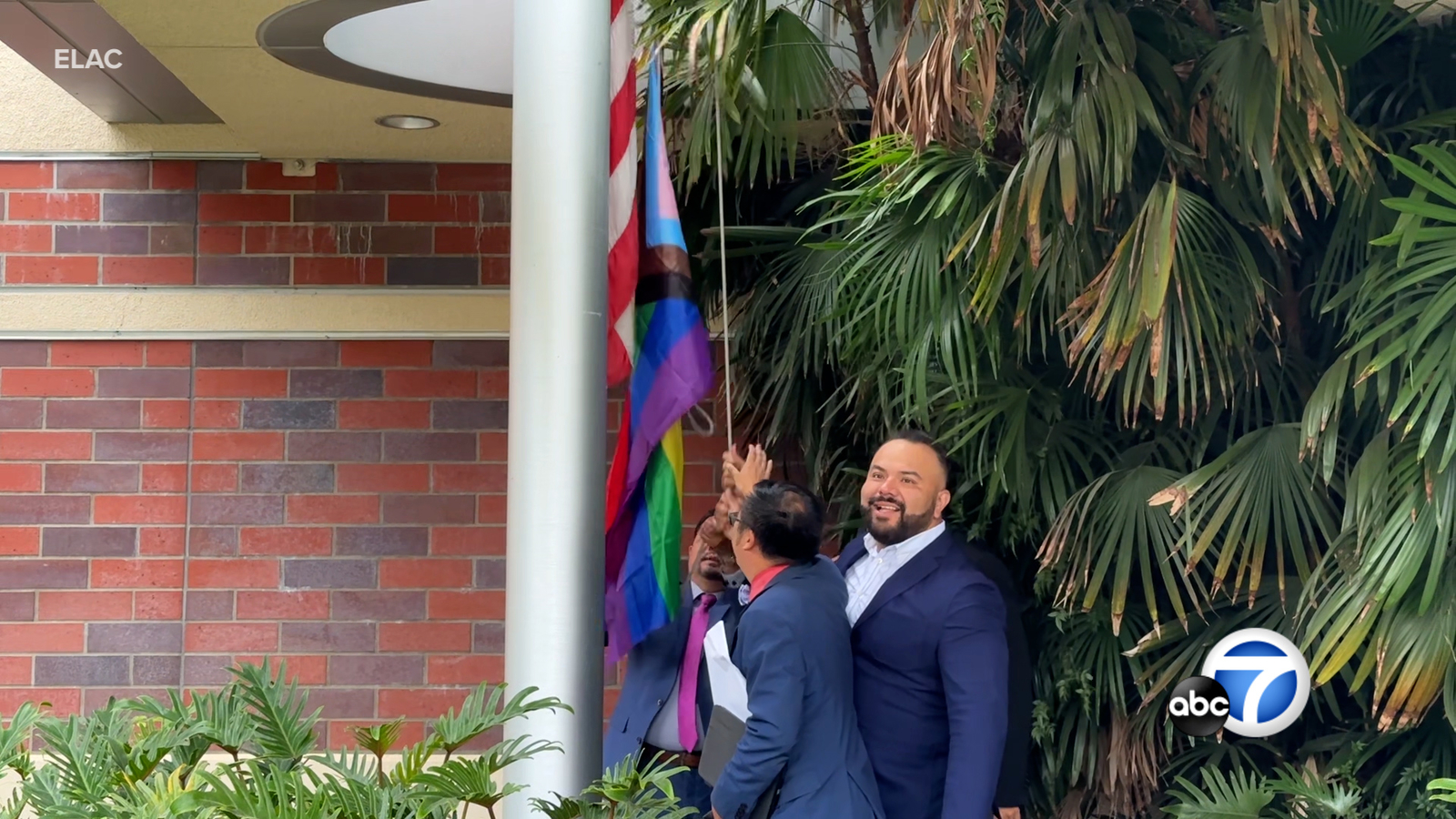 MONTEREY PARK, Calif. (KABC) — On Tuesday, many events were held across Southern California in honor of National Coming Out Day.

The school is the first in the LA Community College District to raise the flag on campus, officials said, and the school celebrated the ribbon cutting of its new Husky Pride Center.

“This whole campus is one of the most inclusive areas,” said Thursday Storm, a student at the college. “It’s the most important thing because, first of all, you don’t feel so discriminated against. You understand that your own identity would be protected.”

At the LA LGBTQ Center, the National Association of LGBTQ Journalists hosted its first student mixer event, where students could meet and network with professionals.

“We chose National Coming Out Day because we wanted to showcase businesses, partnerships and outlets where our student members can freely and safely be their authentic selves,” said Richard Martinez, board member of the association.

In one of the tweets, Jean-Pierre wrote: “On #NationalComingOutDay I’m proud to share my coming out story. Like so many in the LGBTQ+ community, coming out wasn’t easy. My family was traditional and conservative. Being gay in my family wasn’t something you mentioned out loud or celebrated.”

“The mental health article and coming out day is really crucial, I think, and an important issue that shouldn’t be dismissed or downplayed,” Torres said. “Being in the closet can feel so lonely. It can feel like no one understands who you are or how you feel about yourself… There is nothing wrong with you and who you are as an individual.”