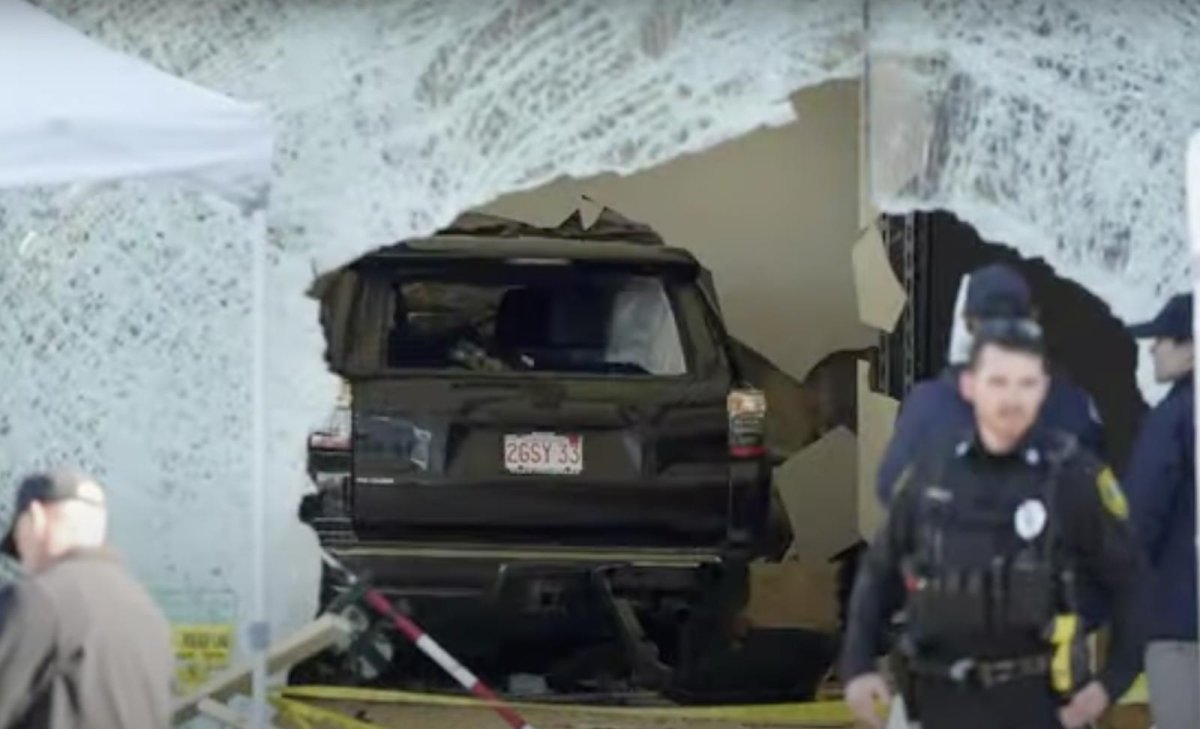 Nov 22 (News) — The driver of an SUV that drove through the front of an Apple store in Massachusetts has been arrested and charged with involuntary manslaughter.

The crash happened around 10:45 a.m. EST Monday in Hingham, Massachusetts.

The vehicle, a dark-colored SUV, drove through a glass window in the front of the store and struck several people, some of them being pinned against the wall.

Cruz identified the deceased victim in a statement as Kevin Bradley, 65, from New Jersey.

Hingham Fire Chief Steve Murphy said seven fire engines and 14 ambulances were at the scene. The victims were transported to South Shore and Boston hospitals.

Apple said in an emailed statement to News that Bradley was involved in construction work at the site when the crash happened.

“We are devastated by the shocking events at Apple Derby Street today and the tragic loss of a professional who was on site to assist with recent construction work at the store,” Apple said. “Our hearts go out to our team members and customers who have been injured and to everyone affected by this horrific incident. We are doing everything we can to support our team members and customers during this very difficult time.”