“Disappointed but not surprised”: Response to Supreme Court ruling on indyref2 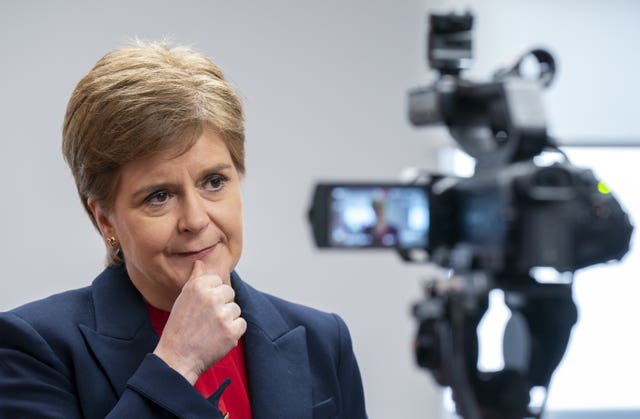 A panel of five judges made the decision after the Supreme Court heard the case during a two-day session in October.

The First Minister has stated that she will treat the next UK general election as one “de facto reference”.

A referendum is “the most obvious choice for a legitimate vote on independence,” she said, adding that the Scottish Government will find a new way to vote on the issue.

The next UK general election is expected to take place in 2024.

Responding to the Supreme Court’s ruling in Edinburgh, Nicola Sturgeon said: “While I am obviously very disappointed by this, I accept and respect the Court’s ruling.

“The path we take must be legal and democratic so that independence can be achieved.”

Nicola Sturgeon described Holyrood legislation to hold a second referendum as “only one possible route” to Scottish independence.

She said: “I am ready to reach an agreement with the Prime Minister at any time.

“What I’m not going to do, however, is pick up the cap. My expectation, at least in the short term, is that the UK government will maintain its position of outright rejection of democracy.

“In my view, this position is not only untenable but also completely self-defeating.

“The more contempt the Westminster establishment shows for Scottish democracy, the more certain it is that Scotland will vote yes when the election is made.

“Regarding this election, and for the avoidance of doubt, I believe today that a referendum is the best way to resolve the issue of independence. The fact is that the SNP is not giving up the referendum path, Westminster is blocking it.”

In a Twitter post, Ms Hamilton said: “Now that the court case is over it is time for the SNP to focus on what Scotland needs.

“The government’s priorities at the moment must be managing the economic crisis and supporting our essential public services, not independence.”

“Now the people of Scotland want their governments to focus fully on the issues that really matter – restoring economic stability, helping people with their energy bills and supporting our NHS.”