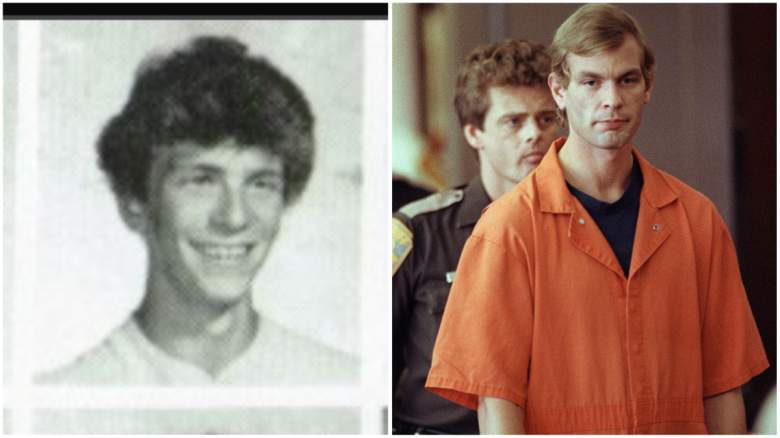 Jeffrey Dahmer’s brother David Dahmer has stayed completely out of the public eye since his brother was accused of being a serial killer and cannibal. He even changed his name.

A new Netflix series about Dahmer’s life and crimes is renewing public interest in Dahmer’s family, including his only sibling, brother David Dahmer. Almost no photos of Dahmer’s brother are publicly available, but we did find three photos of David Dahmer from his high school yearbook.

Today David Dahmer has a new name and a private life. Over the years, his parents granted interviews, but he avoided drawing media attention to his brother.

A 2002 article in the Palm Beach Post, accessible through Newspapers.com, reported that Dahmer’s brother David left Ohio, changed his name “and has adamantly declined all media requests for interviews.” His new name is not clear.

Here’s what you need to know about Dahmer’s brother:

According to a 1991 article in the Eau Claire Leader-Telegram, which can be accessed at Newspapers.com, Lionel Dahmer filed for divorce from Joyce Flint Dahmer in 1977.

They were married 18 years. It was a bitter divorce, with Lionel accusing Joyce of “extreme cruelty and gross dereliction of duty toward him.” They lived in Cleveland, Ohio at the time.

According to that article, there was “a custody battle over their 11-year-old son, David Dahmer.”

Lionel said Joyce shouldn’t be given custody because of “profound mental illness.”

However, Dahmer’s mother was granted custody of David.

David was the younger brother. Jeffrey was 18 years old when his parents divorced.

This article states that Joyce moved with David to Chippewa Falls, Wisconsin, which is located in the northern part of the state. She took her maiden name, Flint, and attended the University of Wisconsin-Eau Claire.

This article reported that David Dahmer attended Chippewa Falls Middle School from 1978 to 1981. He transferred to Revere High School in Ohio in 1981 because his father was financially better off than Joyce Flint.

A 1992 Associated Press article described how a psychiatrist interviewed Dahmer’s brother. David Dahmer provided details of what Jeffrey was like. For example, he described Dahmer as “beating logs with sticks”. The brothers were not close, according to that article, which said Dahmer had a “uniform inability to relate to anyone.”

Lionel spoke about Jeffrey’s relationship with his brother in an appearance on CNN.

“Yes, [Jeffrey] loved [David]’ said Lionel Dahmer to Larry King. “But often he just tolerated him because — because his younger brother was so expressive and active that he got on his nerves at times.”

In this interview, Dahmer and his second wife, Shari Dahmer, stated that David has a family and a job and is happy. He doesn’t want media attention. Here is part of the transcript from that interview:

KING: Jeff had a brother too, didn’t he?

KING: And he changed his name, is that…

KING: What is he doing?

LIONEL DAHMER: Well, we promised to keep it absolutely secret with respect…

SHARI DAHMER: He has a career…

SHARI DAHMER: … and a family. Exactly.

SHARI DAHMER: He is very happy.