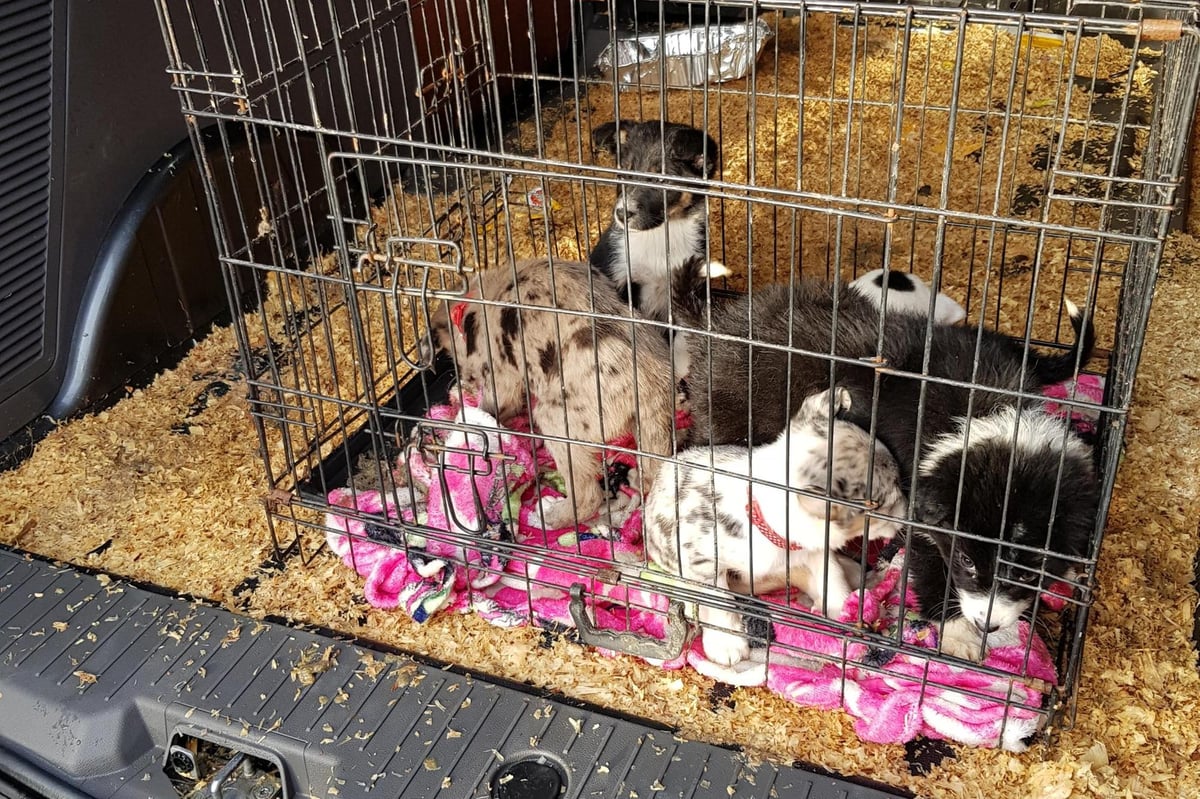 A Northern Ireland man has been handed a 90-hour repayment order and a 15-year ban from owning or keeping animals, following a Scottish SPCA inquiry.

Three border collie puppies had to be euthanized by a vet because of the suffering Stephen McCrea caused them.

MrCrea, 27, was caught with six sickly puppies at the port of Cairnryan in Wigtownshire in December 2020 while traveling to Scotland from his hometown of Belfast.

He was found guilty in Stranraer Sheriff Court of failing to provide veterinary care resulting in unnecessary suffering under the Animal Health and Welfare (Scotland) Act 2006.

The Scottish SPCA Special Investigation Unit was alerted by a Police Scotland investigator who found the puppies in the back of McCrea’s van after noticing a strong, pungent smell of urine coming from the driver’s window.

The puppies were in the back of McCrea’s van in a filthy cage littered with feces and urine, and they all appeared underweight and lethargic.

The six dogs were taken for emergency veterinary treatment and it was determined that none had been vaccinated against the potentially deadly parvovirus. Three had to be euthanized for welfare reasons.

An undercover inspector from the Scottish SPCA’s Special Investigation Unit said: “The trade in puppies coming from Northern Ireland to be sold in Scotland is at worrying levels.

“We believe McCrea is linked to the welfare puppy trade in Ireland. Puppies are usually smuggled into the country by ferry and sold on for a large profit. The motivation is profit and animal welfare is not considered.

“It was clear that all of these puppies needed to see a vet as they were all showing symptoms of the parvovirus such as diarrhea with blood and all were lethargic and underweight.

“Despite expert treatment from our vets, three of the puppies’ health has deteriorated and the sad decision was made to euthanize them for animal welfare reasons. The other three puppies responded to treatment and were taken to one of our Animal Rescue and Adoption Centers.”

Disrupting the multi-million pound industry is one of the animal rights group’s top priorities and their #SayNoToPuppyDealers campaign has garnered widespread public and cross-party political support. The Scottish SPCA is aiming to eliminate the low welfare puppy trade by 2032.