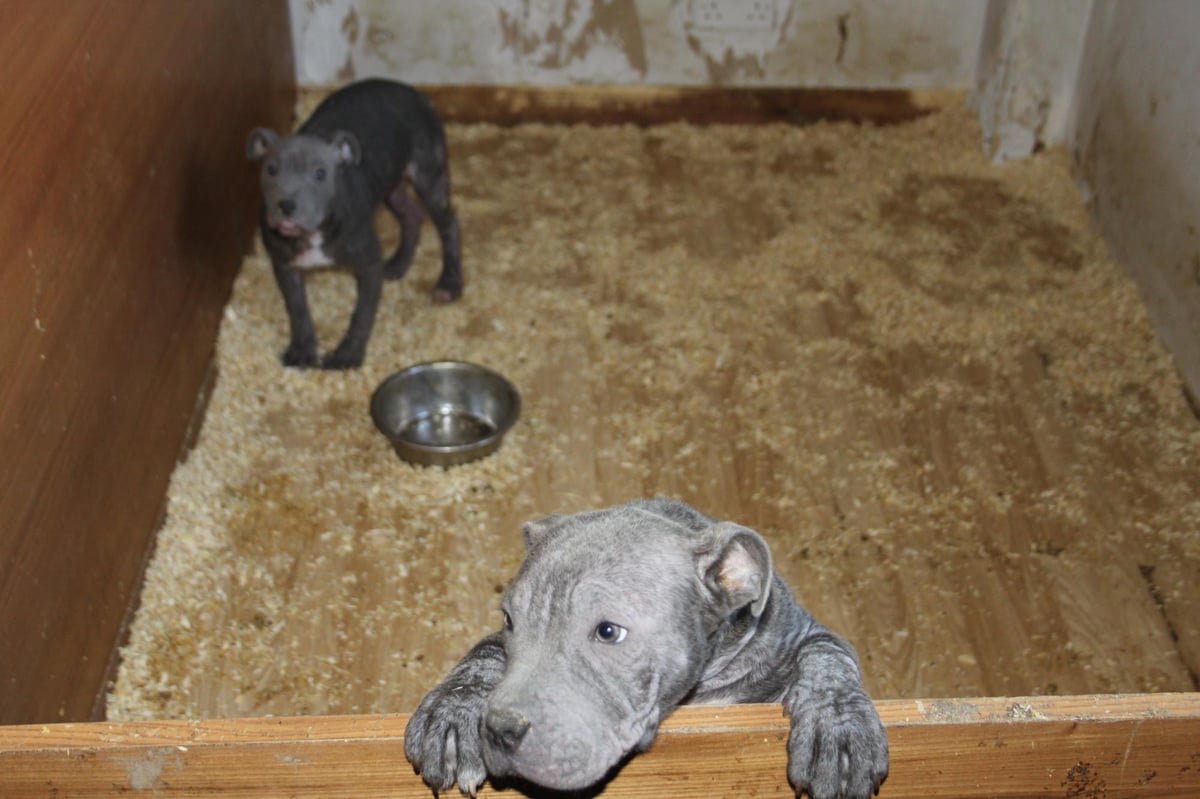 A father and son caught running a puppy farm where dogs were overbred and neglected have been banned from owning animals for 10 years.

Samuel Hessin, 48, and his son, also Samuel, 22, both pleaded guilty to a number of charges relating to the treatment of dogs on their farm at Balnamoon at Crossroads, near Keith in Morayshire.

During a raid, Scottish SPCA (SSPCA) inspectors removed 56 dogs, including several pregnant ones

One died in childbirth at a Scottish SPCA rescue center after her third pregnancy of the year.

Witnesses who went to the Hessin farmhouse in September 2019 to see a puppy advertised on Gumtree said it was “dirty and smelled dirty” and later contacted the SSPCA.

An inspector from the Scottish SPCA’s Special Investigation Unit involved in the case said: “These dogs were kept in appalling conditions ripe for the cause of appalling disease and suffering. After we confiscated them, the vets found that many were suffering from a variety of skin, eye and respiratory conditions.

“Many dogs bore wounds resulting from kennel fights and we are certain that this was due to the stress caused by the conditions in which these poor animals were kept.

“The stench of urine, the lack of proper bedding and the amount of feces on the floors and even the small amount of food that was lost clearly showed that the welfare of these dogs was not being considered. This site was clearly a low welfare puppy farm.”

He added: “Two of the puppies were pregnant when they came into our care. Unfortunately for one of them the birth was just too much and she died in labor. We believe she was severely overbred and it was her third litter in just one year.”