Cross vs. Sunak: The new Prime Minister is questioned on his tour of the Midlands 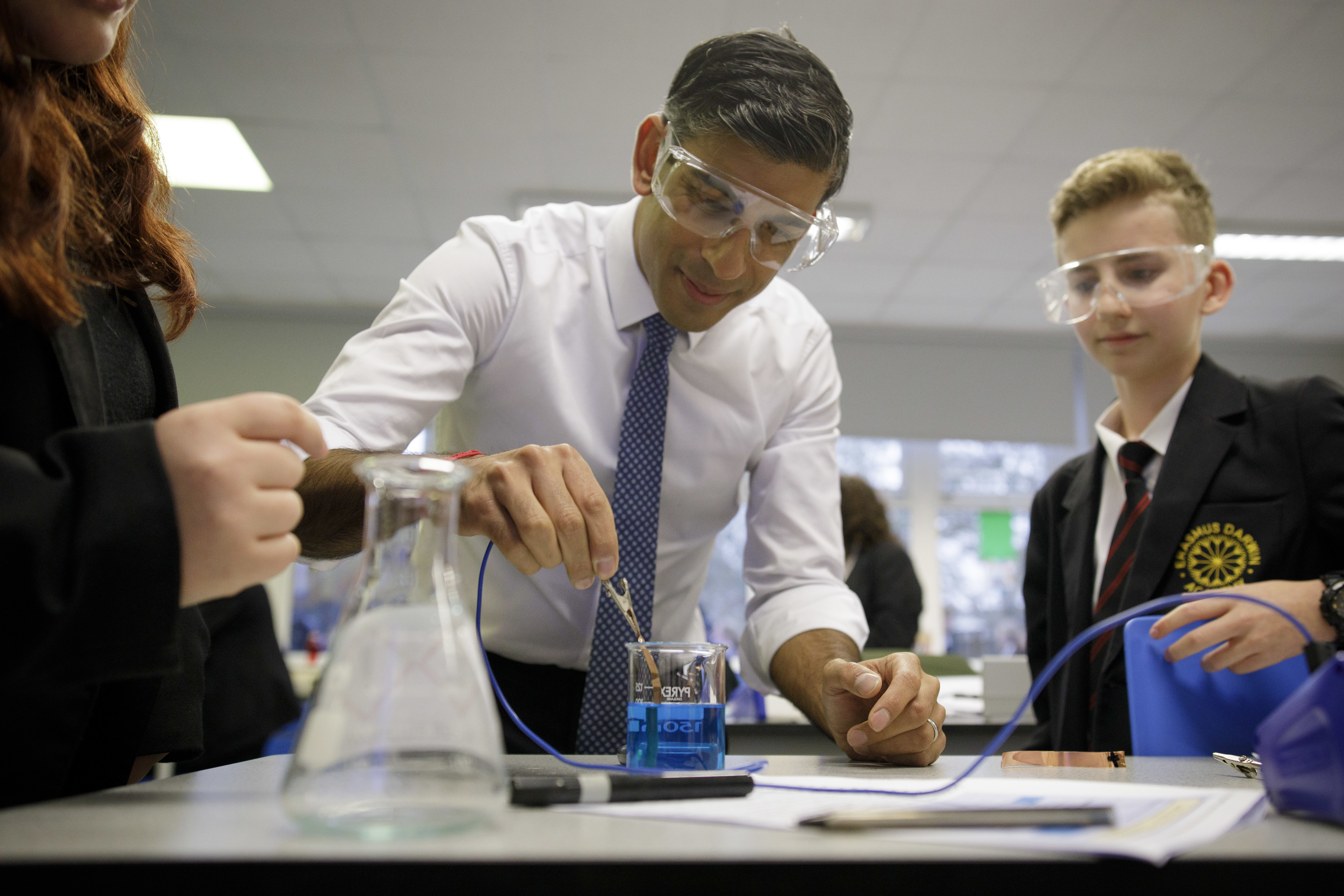 Today he was visiting the Midlands – so Latest Page News Central sent correspondent and presenter Charlotte Cross along to interview him.

It was a whirlwind of visits – the media was locked in a small room when the Prime Minister arrived, his press team mysteriously refused to allow us to film him (or even watch) as he inspected the Erasmus Darwin Academy in Burntwood, Staffordshire.

We then had a few seconds in a design technology class to film him creating circuit boards with students before we were taken to a chemistry class where we had a few more seconds to film him conducting an experiment.

But then came our interview slot – a five-minute chance to quiz the man who now runs the country on just some of the big issues facing the Midlands.

I challenged him on his commitment to the region in terms of its manufacturing and production heritage.

“The West Midlands is at the heart of the UK’s history of innovation – whether it’s the advanced manufacturing we’re seeing in Warwick and Coventry, or the phenomenal automotive industry that’s based here,” he said.

“And that’s a great example of where we’re going to create the jobs of the future. It’s about making sure the government invests in research and development and working with fantastic companies here in the West Midlands to develop things like new battery factories for electric cars, which is something I know people here are very interested in are.”

But of course, plans for the UK’s largest such factory – the Gigafactory, which is earmarked for the Coventry Airport site – have stalled as no manufacturer has signed on yet.

“The government has what’s called the Automotive Transformation Fund, which is sort of a pot of money where we can work with companies to develop these new factories and technologies, and we’d love to continue those talks,” he said.

I also confronted him about the problems the NHS is facing, particularly in relation to ambulance delivery times and the fact that Shropshire has found several times this year that there are no ambulances available anywhere in the county to respond to emergency calls .

More funding and plans to improve staffing levels are good for the long term, I said, but what immediate steps did his government take to address the problem?

“I think we all recognize that the NHS is struggling with some of the challenges we are still dealing with from Covid and the long waits for ambulance times is one example of that,” he said.

“One of the most important things we need to do is support people to move out of hospitals, back into their homes and back into their communities and that is why the money we have invested is going to support social care.

“And if we can do that, and we can start doing that very quickly, then that’s going to really help take some of the pressure off the ambulances that are waiting outside the hospitals.”

I asked again about the immediacy of his plan: “What about someone – an elderly person who falls and breaks his hip next winter, will your plans help them?”

“It is absolutely important to me and the government that people get the medical care they need. I know the NHS is the main public service in the country, I come from an NHS family, it’s in my blood,” he said. “And that’s why last week, despite the tough decisions we’ve had to make elsewhere to fight inflation, we prioritized extra money into the NHS and social care to get people the care they need as quickly as possible. “

We touched on what he could say to Midlands voters to persuade them that the Tories are worth clinging to in the next general election in 2024 after 14 years of calling the shots.

“Do YOU ​​think it’s worth staying in the Conservative Party?” I asked.

The answer will not surprise anyone – of course he does. “We supply for the people of the West Midlands,” he added; but only the voters can really decide that.

My last question: I asked what the Tories would have done, what he would change if he could.

“I don’t think people care about the past – what we have to do is look ahead,” he said.

But with the challenges we discussed in the Midlands today being reflected across the country in the present, the outlook is far from easy if the new Prime Minister’s promises ever materialize.

Peter Andre’s wife Emily is horrified as she picks up “poo” off the floor and asks, “Do anyone else’s kids do that?”

Peter Andre’s wife Emily is horrified as she picks up “poo” off the floor and asks, “Do anyone else’s kids do that?”