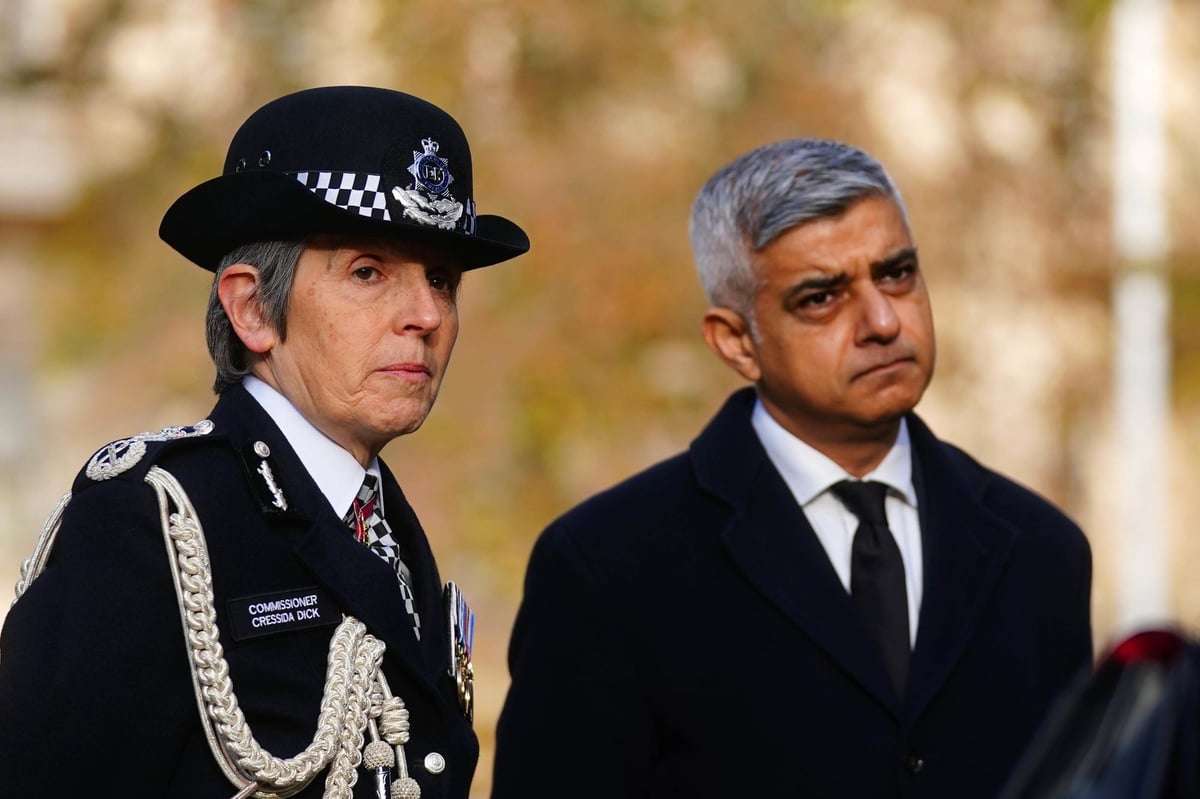 Dame Cressida Dick “felt intimidated” to step down as chief of the Metropolitan Police in February after an ultimatum from Mayor of London Sadiq Khan, according to a report that found due process was not followed.

But Mr Khan said Sir Tom Winsor’s review of the circumstances of Dame Cressida’s resignation as Metropolitan Police Commissioner was “clearly biased and ignores the facts”.

The report states: “In my view, the commissioner in this case faced political pressure from the mayor to resign, pressure of a nature and intensity that effectively consisted of asking her to leave office, outside of the established legal process and contrary to the broader legislative system.”

Met Deputy Commissioner Sir Stephen House wrote to the Home Secretary “expressing serious concerns that due process has not been followed” after Dame Cressida announced she was stepping down.

Sir Tom said: “I have come to the conclusion that he was right,” adding that “none of the statutory steps set out in Section 48 of the Police Reform and Social Responsibility Act 2011” were being followed when Mayor Dame Cressida went to court requested resignation.

He said Mr Khan, through his chief of staff, gave her an “ultimatum” on February 10, 2020, adding: “If the commissioner did not attend a meeting and persuaded the mayor that her plan of February 4, 2022 would be improved, would he make a statement to the media.

“That statement would make it clear that he no longer had confidence in the commissioner and intended to start the legal process for her removal.

“When the commissioner did not attend that meeting, the mayor’s chief of staff reiterated the mayor’s position and gave her less than an hour to decide what to do.

“She felt intimidated by this process and stepped aside and I can understand that.”

Mr Khan replied: “Londoners will be able to see that this review is clearly biased and ignores the facts.