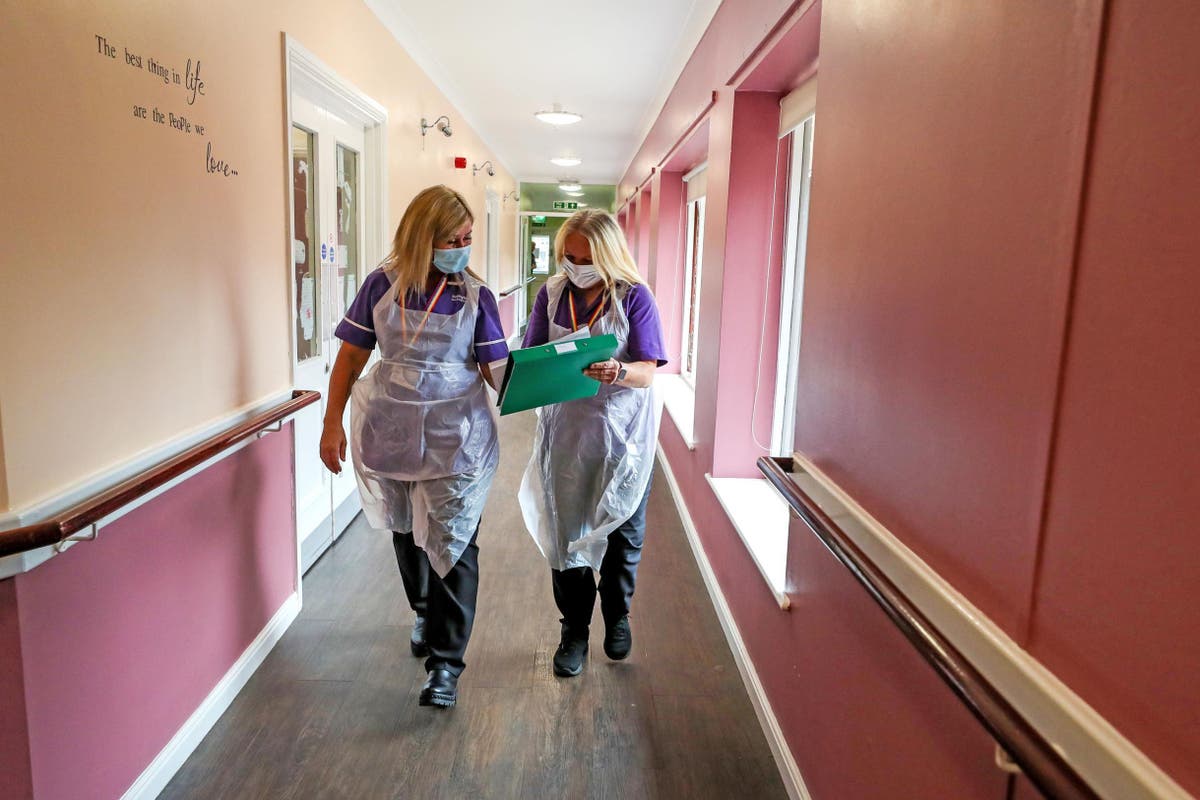 The number of coronavirus deaths in UK nursing homes was among the highest in Europe and could have been avoided if they had not been mistakenly treated as “pondering,” a new report said.

A joint investigation by the Science and Technology Committee and the Committee on Health and Social Affairs found that an “insufficient initial focus on social care” in the early stages of the pandemic resulted in the “seedlings of infections” in nursing homes of over 41,000 residents died of Covid in the 13 months to April 2021.

The report examining the government’s initial response to the pandemic said that while Britain was “not alone” with significant loss of life in nursing homes, the “tragic magnitude of the losses was among the worst in Europe and would have mitigated.” can be “. “.

It goes on to say, “The lack of priority that witnesses said was [afforded] on social welfare in the early stages of the pandemic was an example of a broader and longer-lasting problem in the health and welfare system. “

The investigation cites evidence from Professor David Oliver, an advisory geriatrician and Nuffield Trust grantee, who said, “’Protect the NHS’ was essentially about protecting the bed base of the acute hospital, with everything else being considered a little bit of an afterthought. That was a mistake.”

The death toll of people in home care between April and June 2020 was over 120 percent higher than the three-year average for the same period between 2017 and 2019, with 13 percent of the total relating to a confirmed case of Covid.

The most “damaging” way in which the NHS “prioritization” of social care manifested itself during the first wave of the pandemic was the “quick discharge” of people from hospitals to nursing homes without adequate testing, according to the report. which relied on evidence from over 50 witnesses.

In order to release acute hospital beds in anticipation of the first wave of the pandemic, NHS providers were instructed to urgently discharge all medically fit patients as soon as it was clinically safe, and nursing home residents were not tested when they were discharged from the hospital.

The report states that in practice there was “no expectation” that patients should be tested prior to discharge, with no reference to testing in the initial government guidelines except that test results should be included in the discharge records of one “where appropriate” Patient.

The risk in nursing homes was compounded by poor access to PPE in the early days of the pandemic, the report said.

Caroline Abrahams, charity director at Age UK, said the report correctly stated that in the first few months of Covid-19, social care was treated as a “somewhat afterthought” which “inadvertently caused elderly people and nursing home workers to do poorly were rented ”. Low”.

Karolina Gerlich, Managing Director of the Care Workers Charity, said: “The pandemic has once again made clear the discrepancy between treatment and appreciation by the health and social sectors. With NHS protection a priority, caregivers with little or no government support and a terrifying shortage of PPE have been left in the lurch. “

Ms. Gerlich said she could not “grasp” the content of Boris Johnson’s welfare statement last month, in which he introduced a health and welfare tax to pay for care reforms alongside NHS funding.

Analysis by Policy in Practice has shown that by April 2022, the combination of the new health and welfare fee and the abolition of the £ 20 per week increase in the general loan will mean carers will be worse off £ 1,035 per year.

“This means that nurses are left out of their pockets – with an increase in income tax and with no prospect of a salary increase. The recognition of the social care sector and its workforce remains low, ”added Ms. Gerlich.

In response to the parliamentary report, a spokesman for the Association of Directors of Adult Social Services (ADASS) said: “Years of austerity and the lack of recognition of people who need social care, care for others and work in social care have led to devastating covids Impact contributed to impact.

“We see no evidence that any lessons have been learned and we are deeply concerned about what could happen this winter.”

A government spokesman said: “During the pandemic, we were guided by scientific and medical experts and have never shied away from taking quick and decisive action to save lives and protect our NHS, including putting restrictions and bans in place.

“Thanks to a collective national effort, we have prevented NHS services from becoming overwhelmed […] As the Prime Minister said, we are determined to learn from the pandemic and committed to conducting a full public inquiry this spring.