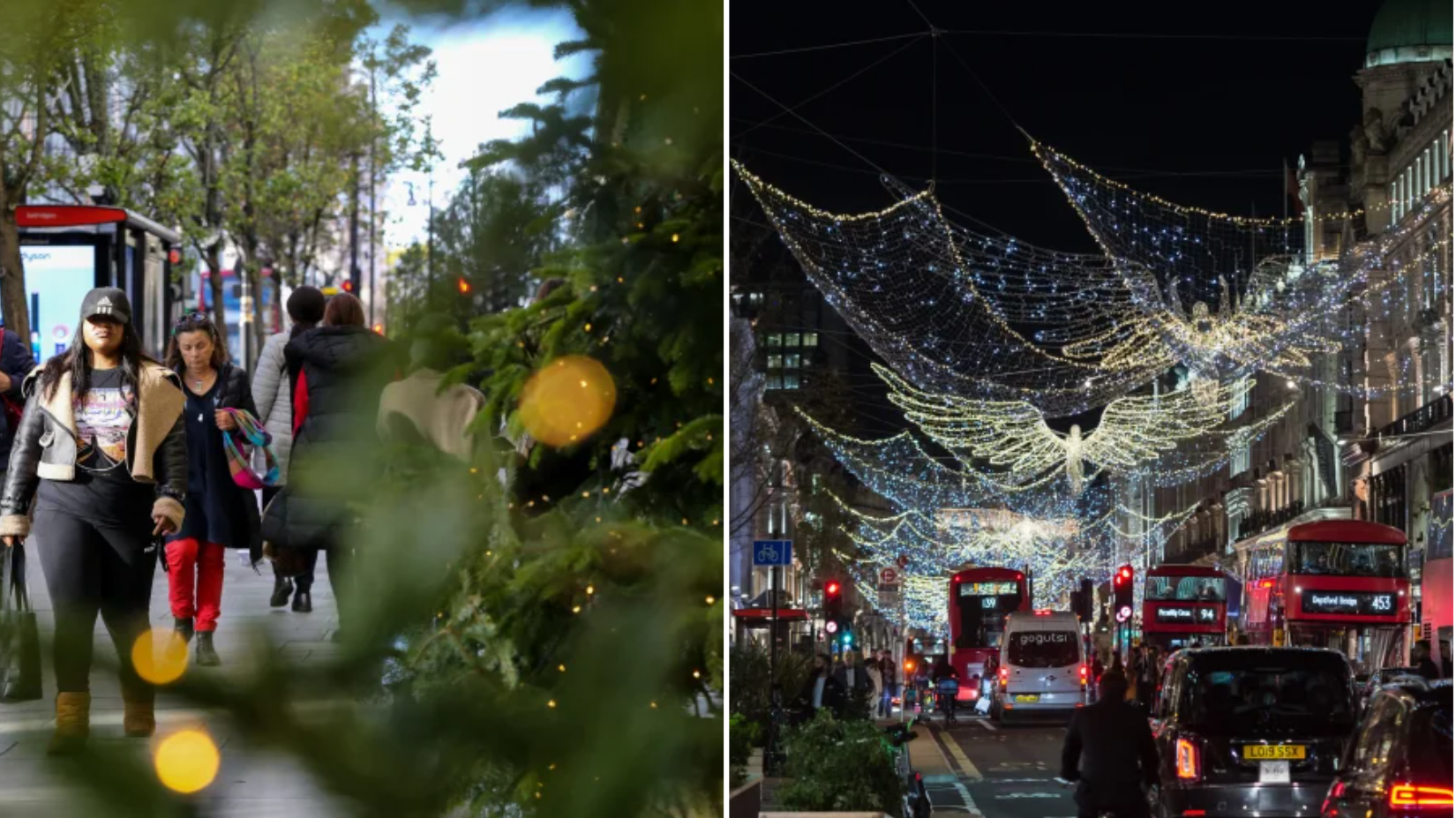 Professor Tim Spector, who runs the ZOE app, says he doesn’t expect a big spike before Christmas but warns the numbers could rise in the new year

Covid cases are starting to rise again but are unlikely to skyrocket by Christmas as the population has built up considerable immunity, according to the head of the ZOE health study.

However, a clearer picture of the outlook for the coming weeks will emerge in a few days as the impact of Black Friday shopping on Covid numbers is seen, he said.

Cases could accelerate faster in the new year as new variants gain dominance and the virus spreads through prolonged indoor Christmas contacts, predicts Tim Spector, a professor at King’s College London who runs the app.

After remaining fairly constant for the past few months, daily symptomatic cases have surpassed 150,000 a day for the first time in six weeks, reaching 153,536 on Saturday, according to the latest ZOE figures.

That’s an increase of seven percent in two weeks.

That means current cases are lower than for much of 2022 — with cases hitting a record 351,546 in July — but higher than at any time this year.

But while that level is quite high, it seems unlikely it will rise much at least in the next few weeks, Professor Spector said.

“Clearly the decline has stopped and it’s picked up again as people come out for Christmas parties and shopping and so mingle so more, so I expect colds and Covid to pick up again,” he said I.

“But I’m not expecting a massive surge at this point, so I’m not overly concerned. I would put that spike down to the virus still being around and people mixing more,” he added, adding that the outlook could change quite quickly as “this is a key week.”

He also said: “We’ll probably know more in the next week. The weekend in London was packed with Black Friday. It will be interesting to see how much this drives prices higher. I expect it will push it up a bit but hopefully not dramatically as we are still waiting for a new variant to take over and there is a lot of immunity.”

Professor Spector says it’s likely that a new dominant variant could emerge early next year that could overcome much of the immunity built up against the currently dominant BA.5 variant.

This could drive prices significantly higher.

“That’s the prediction, due to the Christmas mix and probably a new variant that will attack people who have been previously infected. They haven’t fought among themselves to know who the winner is,” he said.

Professor Lawrence Young, a virologist at Warwick University, believes that a number of new variants could gain ground in the coming weeks and months, without necessarily a clear winner.

Among the contenders to displace BA.5 as the dominant variant is the BA.5 subline BQ.1, which has been growing rapidly and already accounted for 37 percent of cases as of November 6.

However, there are several much rarer new variants that could potentially be growing fast and overtaking it — but it’s just too early to predict, experts say.

These include B.2.75 and XBB.1, which “dominate infections in Singapore and other parts of Asia,” Professor Young said.

“Currently, no particular variant outperforms the others, so we will likely continue to see a variety of different variants floating around in the coming months. Contrary to earlier times, there is no apparent pattern of a dominant variant causing a significant surge. However, a new, more contagious and immune-evasive variant could be emerging.

“The biggest fear is that something is coming out of left field, as the existing variants and subvariants seem to outperform each other: a new non-omicron variant even better adapted to infection and immune evasion would be very bad news.” “

Other emerging variants to keep an eye on are the BA.2 variants, BA.2.3.20 and BJ.1, according to the UK Health Security Agency (UKHSA).

Professor Karl Friston, a virus modeler at University College London, adds: “New cases will increase over the next week or so, with a peak in prevalence in mid to late January.”

By then, around five per cent of the UK population will be infected, he predicts – compared to around 5.5 per cent during the current record, set in July.

Professor Lawrence Young, a virologist at Warwick University, said: “It was inevitable that infection rates would rise as we headed into winter. This is due to a combination of factors – a swarm of new variants, declining immunity to previous infections and vaccinations, and behavioral changes, particularly close mixing in poorly ventilated spaces.

“But we’re not seeing a big spike in infections or a related wave of hospital admissions. However, it would be wrong to assume that Covid is over. The virus continues to change and will likely become more contagious and better able to evade the immune response. We must maintain our vigilance and maximize protection by ensuring all beneficiaries receive their booster shots and by proceeding with measures to prevent the spread of the virus such as: E.g. wearing face masks in crowded spaces and, where possible, improving ventilation in enclosed spaces,” he said.