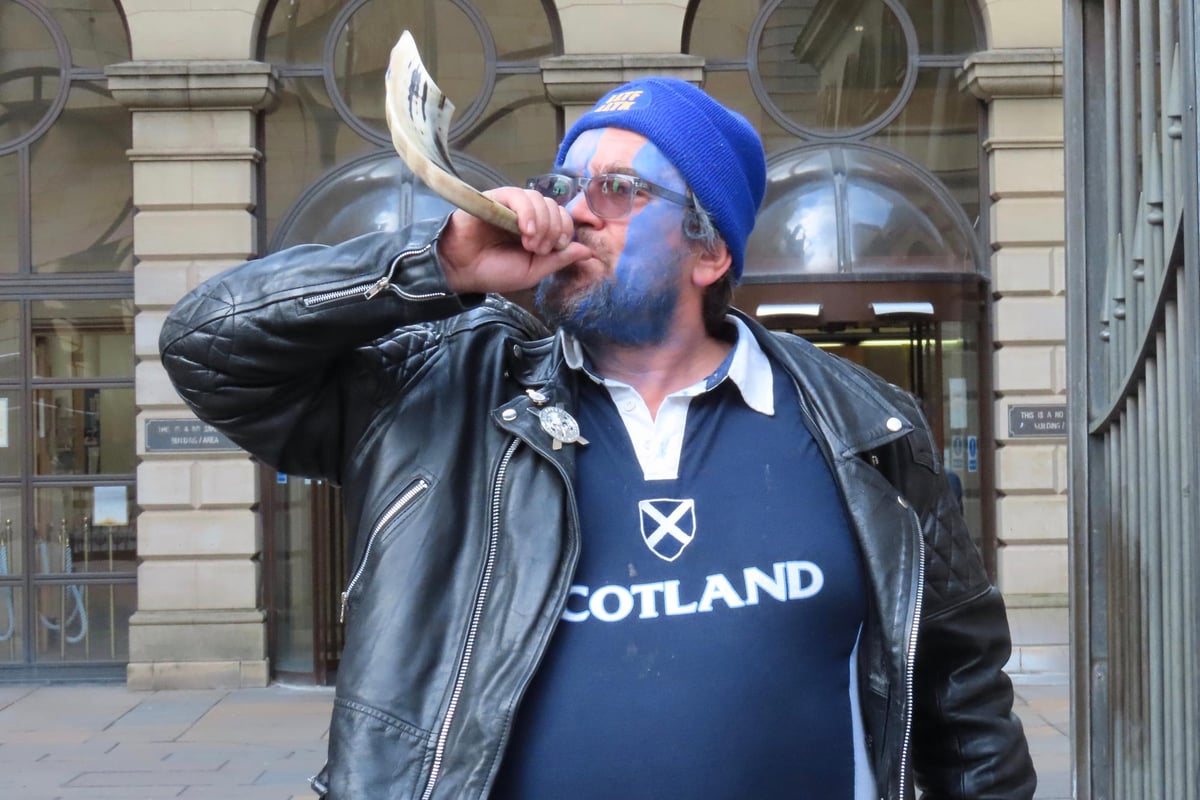 A man who was likened to “a Smurf” by a sheriff when he appeared in court in full William Wallace face paint has been sentenced to unpaid labour.

McFarlane appeared in the dock at his trial dressed in a purple kilt, black leather jacket, Scottish rugby top and light blue paint covering his face.

But the former soldier was put in his place by Sheriff John Cook, who compared him to the blue cartoon characters and ordered him to wipe his face clean before the trial could begin.

The letter, sent by McFarlane of Bellshill, Lanarkshire, said he believes homosexuality “leads to pedophilia, which leads to bestiality”.

The letter read: “Nicola, I wrote to you previously in good faith. There are only two genders, poofery is wrong please in jesus name don’t follow the poofter script.

“They are deliberately being used to further a satanic agenda.”

The abusive letter also described the LBGTIQ community as “a Marxist organization.”

A Scottish Government official who opened the post office at the capital’s St Andrew’s House spotted the alarming comments and called police to investigate on February 17, 2020.

Sheriff Cook found McFarlane guilty of threatening or abusive conduct by sending the letter and the deferred sentence.