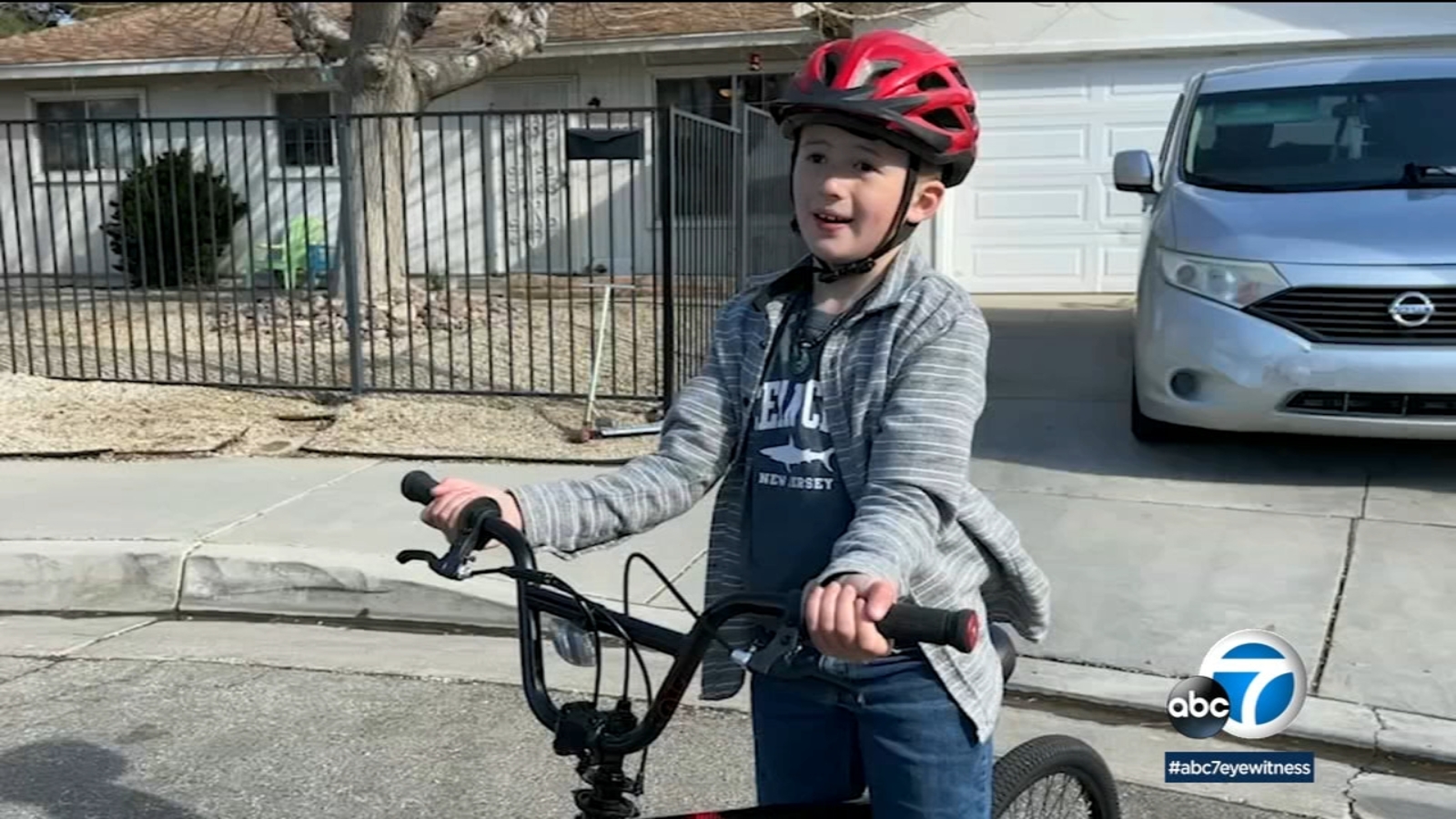 LANCASTER, Calif. (KABC)– Many of us may still remember the joy of receiving a bicycle as a birthday present when we were young.

So imagine the shock and disappointment when you find your bike stolen – on your birthday.

That’s exactly what happened to a boy from Antelope Valley.

Thankfully, this story has a happy ending.

Jackson Pabonstandish turned 9 on January 12 and was going to ride his bike around his Lancaster neighborhood that day – but couldn’t find it.

“We went out the back and checked and — nothing,” said the boy’s mother, Kendra Pabon. “So we concluded that someone stole it on his birthday.”

With a large family and a tight budget, Kendra and her husband knew trying to replace the bike was going to be a real struggle. They even talked about getting him new bikes from the thrift store.

Kendra brainstormed with her son.

“I thought, what should we do? And he said we need to call Big Rich. We have to call him and tell him what happened. He was even more upset because he didn’t want it to happen to anyone else.”

Big Rich is Richard Monge, a news collector for the AV News Crew, who uses social media platforms to update on events in Antelope Valley.

“How many kids ride bikes today? I used to race and ride BMX,” said Monge. “But like I said, it just touched my heart.”

Monge reached out and asked for help getting Jackson a new bike. He even reached into his own pocket to contribute. He is brought to tears as he remembers how three other people agreed to contribute.

They got Jackson a new bike. He jumped on it straight away and has been cycling around ever since.

His mom is grateful.

“Big Rich does a lot for our community,” said Kendra. “He is always out to help anyone who is in need. He gets very little credit and doesn’t ask for anything in return, so that’s a big deal for him. It’s important that Jackson has his bike, but it’s more important to us that Richard gets the credit.”