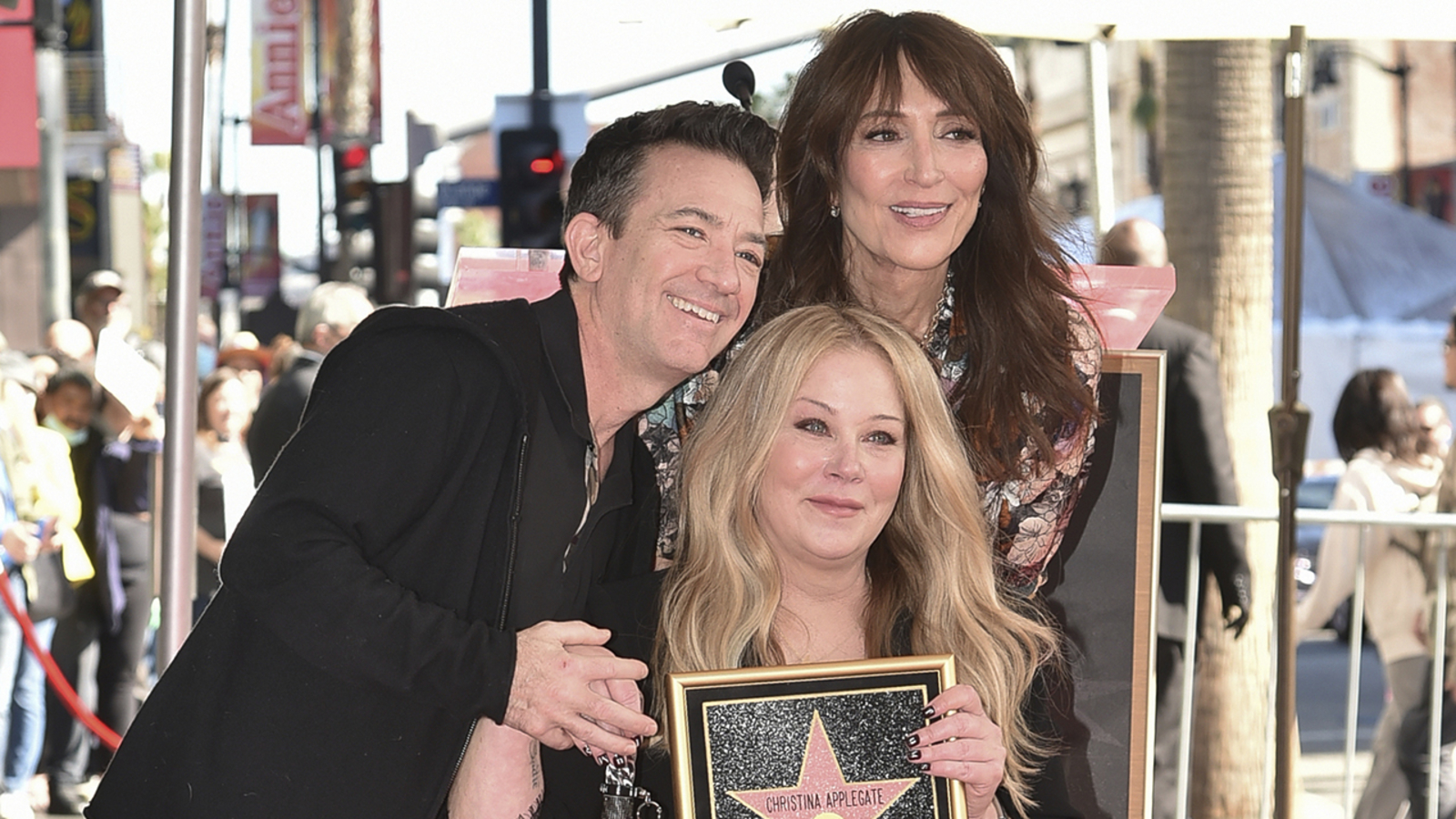 The emotional ceremony marked Applegate’s return to the limelight following her multiple sclerosis diagnosis, which she publicly announced in August 2021.

Applegate appeared alongside her Married… With Children co-stars Katey Sagal and David Faustino and her Dead To Me co-star Linda Cardellini.

Applegate said the honor was something she’d wanted for a very long time.

“Life began when there was a little girl standing in line on this street, in this very theater (Grauman’s Chinese Theatre), to see the first ‘Star Wars,’ and this (Stars on the Street ) and said, ‘Who are these people? ‘” Applegate said. “What did they do? Did they do something right? Did they do something wrong? Whatever it is, I want one.”

Applegate said she was 5 years old when she made this proclamation.

Applegate, who walked with the help of a cane, got emotional as she described the support she’s received from her co-stars and friends.

“This day means more to me than you can imagine,” she said. “I’m not saying I have friends. I have a family. These people take care of me. They take care of me every day of my life and without them I don’t know what I would do.”

She tearfully showered her 11-year-old daughter Sadie with praise.

“The most important person in this world is my daughter,” she said. “You are so much more, you are so much more than you know yourself. You are so beautiful and kind and loving and smart and interesting and I am blessed every day to wake up and take you to your school. . .. You’re my Everything. Thank you for standing by my side through all of this.”

Applegate’s star borders on that of her “Married… With Children” parents, Sagal and Ed O’Neill.