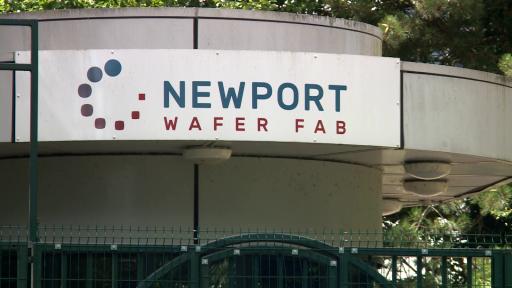 A review of the transaction was then initiated in May this year under the National Security and Investment Act 2021.

Now the UK Business Secretary has issued a Final Order Notice, meaning the company must sell the site after the review found “national security risks”.

Nexperia, which is based in the Netherlands but owned by Chinese company Wingtech, said it was “shocked” by the order and will “appeal against this completely wrong decision”.

A UK government spokesman said a “detailed national security assessment” had taken place to investigate Nexperia’s takeover of the factory earlier this year.

The Chinese-owned company bought 86% of Newport Wafer Fab in July 2021, increasing its stake to 100%.

As a result of a review, the business secretary concluded that Nexperia must sell at least 86% of its shares in the factory to “prevent potential national security risks”.

The risks identified relate to how technology and knowledge resulting from certain semiconductor activities at the site would be used – specifically the potential of this activity to undermine UK capabilities.

The assessment also raised questions about how the location of the Factory could facilitate access to technological expertise in the South Wales cluster (‘the Cluster’) and prevent the Cluster from becoming involved in future projects relevant to national security.

The Cluster is a group of companies in South Wales that brings together academic institutions, manufacturing capabilities and prototyping facilities.

“The UK has a number of strengths in the semiconductor sector, including in South Wales, and through our forthcoming semiconductor strategy we will enable this technology to continue to support the UK and the global economy.”

In a statement released by Nexperia, Nexperia said it was “shocked” by the decision, largely because the acquisition was “cleared by two previous security reviews.”

It said it “does not accept the national security concerns that have been raised” and believes solutions it proposed to address government concerns have been “completely ignored”.

The company said it was offering remedial measures such as not conducting “the compound semiconductor activities of potential concern” and transferring the UK government’s “direct control and participation in management” to the factory.

The statement added: “Nexperia will now challenge the order and will do everything it can to keep the factory and protect its workers in South Wales.”

In response to the decision on behalf of Nexperia, UK Country Manager, Toni Versluijs,said: “We are really shocked. The decision is wrong and we will be appealing to overturn this divestiture order to protect the 500+ jobs in Newport.

“This decision sends a clear signal that the UK is closed to business. The UK is not leveling it is leveling communities like South Wales.

“We will appeal against this completely wrong decision. We are deeply disappointed by this extraordinary turnaround and the greater uncertainty it creates for our employees and their families in Wales, whilst at the same time not recognizing the commitment of our 1,000 employees in Manchester.

“As a globally successful, European-focused company with our roots at Royal Dutch Philips and a proud 90-year track record in the UK, it is amazing that our employees are at such risk and hundreds of millions of pounds of foreign direct investment are unwelcome.”

Mr Versluijs added: “We saved an underinvested company from collapse. We have repaid taxpayer loans, secured jobs, wages, bonuses and pensions and agreed to publicly welcome more than £80m from the Welsh Government since early 2021.

“Putting aside the obvious concerns of various parties that we wanted to address openly, we were shocked by the government’s process and their refusal to engage in meaningful dialogue to discuss our proposals for a mutually beneficial solution.”

Nexperia said it will prioritize caring for employees at the Newport facility and reduce the negative impact on its customers.

A Welsh Government spokesman welcomed the “clarity” of the UK Government’s decision and said it would now prioritize safeguarding the jobs of workers at the factory.

They added: “We remain fully committed to ensuring the continued development of our compound semiconductor cluster in South East Wales and the role it plays more broadly in the UK.

“In light of the UK Government’s decision, UK ministers now clearly view the compound semiconductor sector in Wales as a strategic national asset that is also recognized internationally. We therefore call on the UK Government to invest in the sector to ensure its future.”