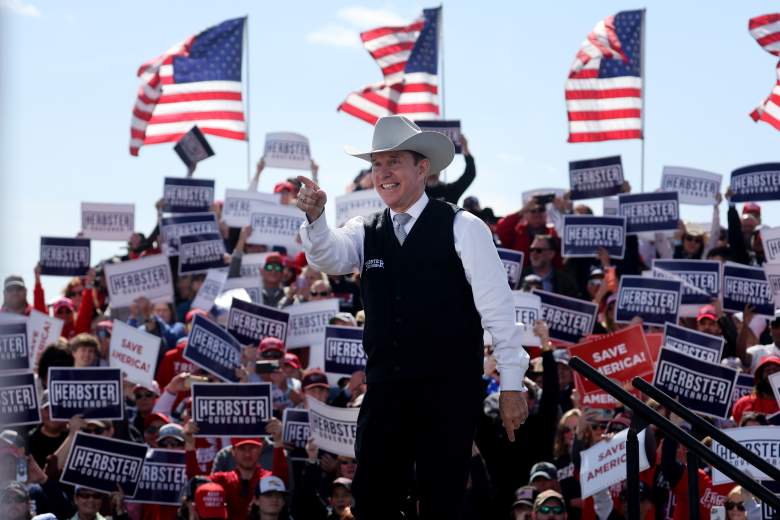 Judith “Judy” Herbster was the wife of Charles Herbster, who is running for governor of Nebraska. Backed by President Donald Trump, Herbster faces allegations of sexual misconduct from eight women.

Herbster has denied the allegations from the women who said he groped them, according to NPR. Charles Herbster is one of three Republican candidates vying for the GOP nomination against fellow contenders Brett Lindstrom and Jim Pillen.

Judy Herbster died on May 2, 2017, according to a memorial page and grant fund set up in her honor. A Facebook post by Herbster Angus Farms at the time of her death stated that she “passed away unexpectedly.” She was 62.

Judy Herbster has been credited with helping her husband build his business, according to his Conklin bio. Charles Herbster is now the company’s CEO.

“In 1980, he resumed his role as director of Conklin, assisting his grandmother, Carico, in running the family farms,” ​​his bio reads. “He married his wife Judy in 1982 and together they built their business in Conklin. In 1992, Charles became the majority shareholder of The Conklin Company when he bought 52% of the company from the Conklin family. In 1994 he became the sole owner, fulfilling his 15-year goal of making a significant contribution to maintaining the foundation on which the company was built and preserving the opportunities of the free market economy.”

According to his bio, he assumed the role of President and Chief Operating Officer after her death. According to her obituary, they had no children together. Her obituary, memorial pages, and tributes did not include a cause of death.

Judy Herbster met Charles Herbster while they both worked for Conklin, the company her husband would later own. Before taking on her role at Conklin, she worked as a daycare, according to her obituary.

The couple bought the company in 1992.

Herbster Angus Farms wrote a touching tribute to Judy Herbster on her Facebook page on May 2, 2022, the seventh anniversary of her death. The post discussed her work ethic and how thistles remind her of her.

“Since I miss my amazing friend and teacher, I will do what she would have done with this thistle,” the post reads. “I reach down with my gloved hand and pluck it out of the ground. It will be the first of countless others I will be growing this early spring into late summer. With every one I pull out of the mud, I feel Judy’s warm hand on my back – thanking me for a job well done and reminding me of her legacy.”