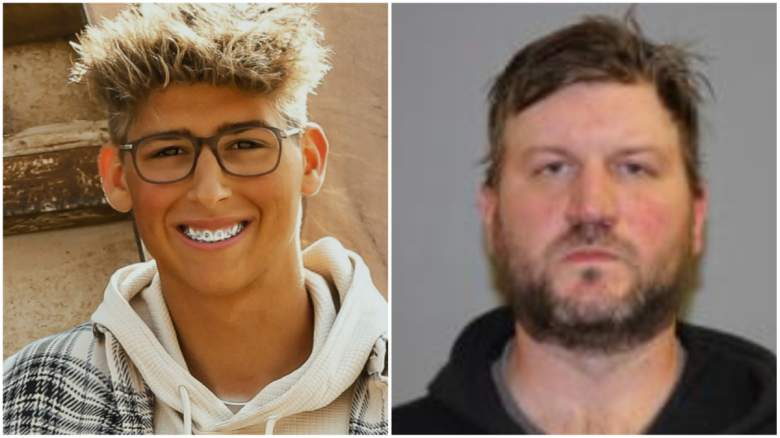 Cayler Ellingson was a North Dakota man who was murdered in a politically motivated attack because of his Republican views, prosecutors say.

A GoFundMe page has raised more than $34,000 in Ellingson’s memory.

According to The Grand Forks Herald, court documents speak of a “politically motivated attack”.

The case has become political football involving top Republicans. “The left murdered a teenager because he was a Republican. Then he is immediately released on bail. twisted. Dems’ hateful rhetoric continues to bear poisonous fruit.” US Senator Ted Cruz (R-Texas) tweeted. Donald Trump Jr. also tweeted about the death and attached it to President Joe Biden.

According to Ellingson’s Facebook page, he worked at Dollar General and studied diagnostic medical sonography to become an ultrasound technician in Bismarch, North Dakota. He attended Carrington High School and lives in Grace City, North Dakota.

According to his page, he had just started college on August 8, 2022.

“About 2:55 a.m. a Ford Explorer operated by Shannon Brandt bumped into a pedestrian walking on Jones Street just east of Hohneck Street in the town of McHenry. Pedestrian Cayler Ellingson suffered serious injuries and was transported to Carrington Hospital by ambulance. Ellingson later died from injuries sustained in the collision.”

The North Dakota Highway Patrol and North Dakota Bureau of Criminal Investigations are “investigating the circumstances and events leading up to Ellingson’s death. Brandt has been charged with DUI-related vehicle homicide and leaving the scene with one death,” the release said. “Other charges may be considered pending the ongoing investigation.”

The site also posted this update:

According to CNN, Brandt left the scene but returned and called 911 and then left. Court filings accuse Brandt of telling authorities Ellingson was “part of a Republican extremist group,” according to CNN.

His blood alcohol level “registered 0.08, above the legal limit for alcohol,” CNN reported.

According to CBS News, Ellingson’s parents “later told police they knew Brandt, but they didn’t believe their son did.”

His mother told authorities her son called her around 2:40 a.m. to ask if she knew Brandt.

He then called back and said “that ‘he’ or ‘she’ was chasing him,” CBS reported.

According to prison records, Brandt was released on $50,000 bail.

The charges listed in the prison record are criminal vehicular homicide – OWI causing death or injury.

“I have a job, a life and a house and things that I don’t want to lose – family, which is very important to me,” Brandt said at his first court hearing.