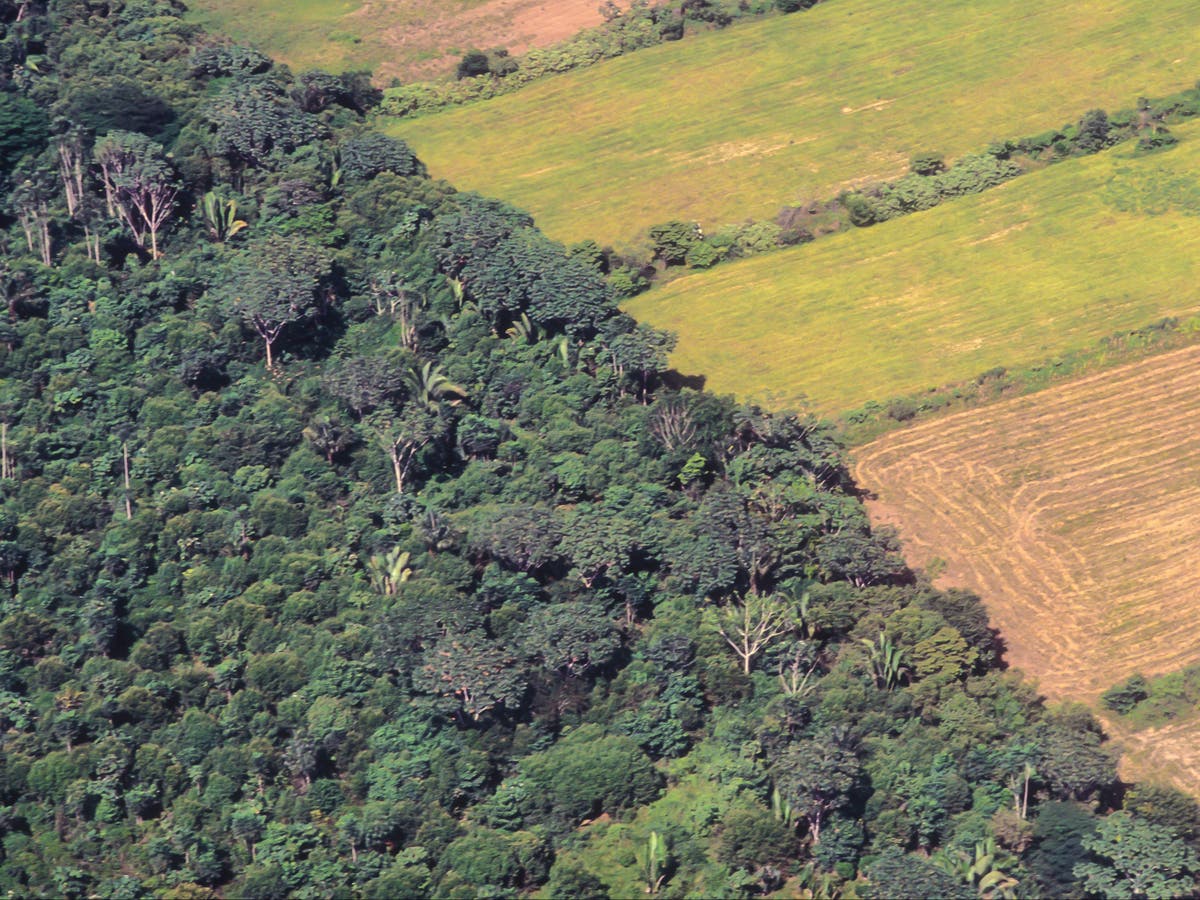 Well-known supermarket brands like Cathedral City Cheddar, Cadbury Chocolate, Anchor Butter, Country Life Butter, and Davidstow Cheddar were made from a controversial vendor through the use of beef soy farms.

A group of British farms that sell their milk to these companies get some of their animal feed from companies that buy Brazilian soy, which is exported by US grain giant Cargill, according to research by Greenpeace, ITV and the Bureau for Investigative Journalism.

Both regions are already at great risk from further deterioration from fires and deforestation, mainly to create more agricultural land.

The Cerrado region, where most of Brazil’s soy is grown, is home to 5 percent of the world’s plant and animal species, while the Amazon is home to 10 percent of all known species.

The investigation found that soybeans from deforested areas are mixed with certified beans and eventually fed to dairy cows in the UK.

The team said one of Cargill’s Brazilian suppliers, Grupo Scheffer, was responsible for several incidents of environmental damage, including the clearing of large areas of tropical forest.

A team of rapporteurs in the Brazilian state of Mato Grosso also found that the recent deforestation has been linked to a soybean farmer selling to Grupo Scheffer.

The team said that while they managed to identify certain well-known brands, there could be many more UK dairy products linked to deforestation in Brazil.

Anna Jones of Greenpeace UK said: “Many people will be appalled to hear that their cheese and butter have been linked to the destruction of forests on the other side of the Atlantic. And yet, huge chunks of Brazilian forests and other vital ecosystems are still being cut down to grow tons and tons of soy which is then fed to chickens, pigs and dairy cows in the UK.

“The global meat and dairy industry is exacerbating the climate and natural emergency, and it must stop.

“With the Glasgow climate summit only days away, Boris Johnson should seize the opportunity to end deforestation in UK supply chains. He should bring in both a strong deforestation law and a strategy to reduce meat and dairy products in line with climate science. This would set a clear benchmark for world leaders to follow. “

In a statement, Cargill said, “We take this type of complaint against a supplier very seriously … If any breach is found in any area, we will take immediate action in accordance with our soy complaints process. Cargill has worked tirelessly to build a more sustainable soy supply chain. “

Arla Foods, which makes Anchor butter, Cravendale milk and ASDA’s Farmers Milk, said: “Both Arla and the dairy farmers who own our cooperative are taking steps to manage our soy consumption responsibly. Since 2014 we have earned RTRS (Standard for Responsible Soy Production) credits to cover the use of soy in feed on Arla owners’ farms and in ingredients that [are] not yet certified. “

Saputo, who owns Davidstow Cheddar, said The independent: “From the beginning of 2022, our Davidstow Farm Standards will stipulate that all farms that supply the Davidstow Creamery from Saputo Dairy UK must purchase feed from suppliers with a sustainable soy purchasing policy. In the two years leading up to this new policy, we purchased RTRS Soy Loans, the proceeds of which will be used by RTRS to support producers who grow soy responsibly.

“As part of our commitment to source 100 percent of our key ingredients sustainably, we will continue to work with farmers to transform the industry towards more sustainable practices.”

A Mondelez spokesman said The independent one: “Eliminating deforestation is critical to protecting the local ecosystems that farmers need to produce sustainable raw materials.

“That’s why we’re working with manufacturers to promote sustainable business practices, and we’ve jointly urged the UK government to legislate across the supply chain so that we can source deforestation-free raw materials like soy.

“As part of our commitment to tackling deforestation, we made it clear that we expect all of our UK milk suppliers to work with us and contractually commit to getting 100 percent deforestation-free feed by 2023.”

According to Greenpeace, the UK dairy industry imports an estimated 360,000 tons of soy from countries such as Brazil, Argentina and the USA as animal feed every year.

But even that amount is dwarfed by the use of soy in the poultry sector, making dairy farms the second largest consumer of soy feed in the UK.

Cargill controls about 70 percent of the UK soy market. The company delivers more than 100,000 tons of soybeans to Great Britain every year from the Brazilian region of Cerrado alone.

The independent one has contacted all of the named companies to comment.