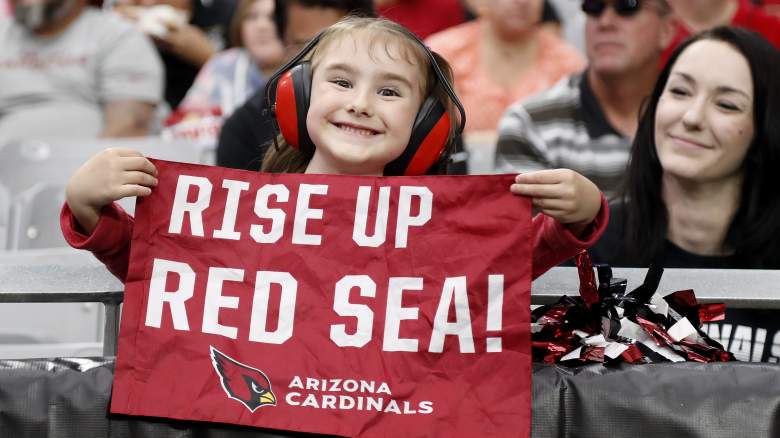 The Arizona Cardinals are getting a whole lot closer to preseason with a brand new shot at winning their first Super Bowl. For die-hard Cardinals fans, this is an excellent opportunity to get a first look at the 2022 Cardinals roster at State Farm Stadium. The kick-off is the annual “Back Together Saturday” on July 30th, which starts at 1:30 p.m. and ends at 3:00 p.m. and thus officially begins the open training camp dates for the fans.

If you are unable to attend the first date of camp, there are nine more dates through August 10 leading up to the first preseason contest on the road against the Cincinnati Bengals on August 12. This year’s training camp is again under the motto “Powered by Cox”, a well-known sponsor of the Cardinals.

Thankfully, as usual, parking and entry to any open camp date are free. Tickets will be entirely digital as State Farm Stadium continues to move in a greener direction. Although these tickets are free, season ticket holders will be given priority via their account manager portal starting July 18th at 10am GMT. All non-season ticket holders have the opportunity to reserve tickets two days later, also on July 20 at 10 a.m. Each party is limited to four tickets at a time to ensure no scalping methods are used so every fan is treated equally.

After the first open training “Back Together Saturday” the next one will take place two days later on Monday 1st August. This will be the first day that players will practice in pads and practice full contact. This camp is open to the public from 1:45 p.m. to 2:45 p.m. On Tuesday the second, camp begins at 8:30am and ends at 10:00am. Between the third and fifth the camp is open from 8:45am to 10:30am.

One of the most popular events during the camp, the Red and White Training, takes place on Saturday, August 6th from 1:30 p.m. to 3:00 p.m. After the Cardinals scrimmage, they take two more days off and return the following Monday, August 8, from 1:30 p.m. to 3 p.m. The team will end their open appointments this Tuesday and Wednesday from 8:45 a.m. to 10:30 a.m.

This offseason, Arizona has made several moves that have brought in talented players who they hope can produce efficient seasons in 2022. They’ve also retained many players who are still favorites week in and week out.

Perhaps the player with the most eyes on him as he heads into camp is “Hollywood” Marquise Brown, acquired in a trade from the Baltimore Ravens. With DeAndre Hopkins out of the first six games of the regular season due to a suspension, someone from the wide receiving core needs to step up. In a perfect scenario for Brown with a chip on his shoulder and a Cardinals squad taking down one of his top offensive threats, it only makes sense for fans and the team to keep their eyes on Brown throughout camp.

Next up is cornerback Byron Murphy, who took on more responsibilities last season and is expected to make another leap in 2022. Drafted in 2019, Murphy is in his contract year and needs to make a splash. Luckily, this is one of the most significant years for the Cardinals franchise in recent memory, and one that could define their future. He’s shown big flashes, like knocking out former MVP contender Cooper Kupp in the fourth game of 2021, but he’s expected to capitalize on his past performances this year.

Last but not least is linebacker Zaven Collins, who has to move up to Minnesota after Jordan Hicks left. As a former first-round draft pick, Collins has a chance to make the most of this opportunity and make a name for himself in Arizona. As he steps into a big role, fans get their first glimpse of how he can control defense during training camp, which is an obvious precursor to the regular season.

The full training camp will open on July 26th and close on August 19th to wrap up the pre-season. The Cardinals then prepare for the regular season, which will be one of the toughest in the league in 2022. They open the season at home, taking on Patrick Mahomes and the Kansas City Chiefs on September 11th.