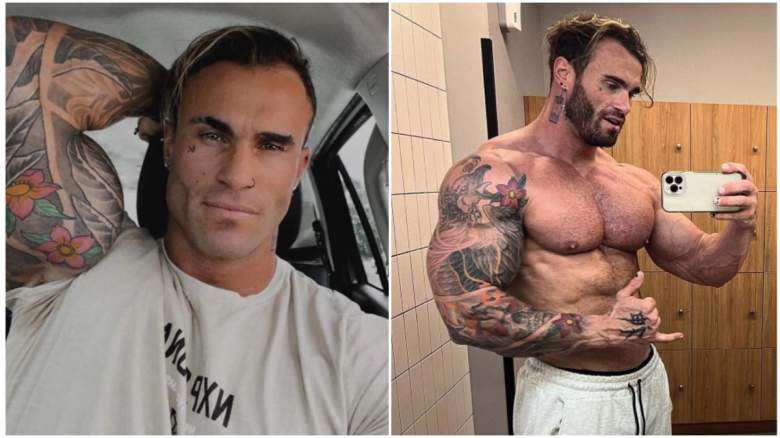 Calum von Moger is an ex-Mr. Universe, who was injured while jumping out of a window.

Bodybuilder and Youtuber Nick Trigilli updated fans on von Moger’s condition in a YouTube video on May 16, 2022, and it was generally good news considering the circumstances. However, he revealed that the situation was very serious and said that von Moger was placed in a coma to reduce brain swelling and underwent surgery.

von Moger played Arnold Schwarzenegger in a 2018 film. He is from Australia.

In the video, Trigilli revealed that von Moger was still in the hospital. He said he is in “recovery” and had been “kept in a coma for so long” over concerns of head and brain trauma that caused pooled fluids.

There were questions as to whether von Moger would have any long-term, permanent damage from this, but they had to wait until the swelling went down. Trigilli claims there is good news now.

He said von Moger escaped “any damage to the brain and head.” He had to have surgery on his spin but was “fortunately not paralyzed as far as I know,” Trigilli said. He said Trigilli’s spinal damage will likely require a “very long recovery,” and said it probably wouldn’t be an easy one.

But he said it’s a “great plus” that von Moger isn’t paralyzed and doesn’t have serious brain damage. The video has been viewed more than 50,000 times on YoTube.

The Sun reported that von Moger is “awake and recovering” after “jumping out of a second floor window” and being placed in an induced coma. According to The Sun, this information came from a family friend.

News.com.au reported that von Moger was in stable condition, according to a representative from his management team.

This site reported that he “seriously injured his spine.” Police went to his home in Geelong around 8am on May 4, 2022 for reports “about a man having a mental episode,” the website reported.

The site reported that von Moger had previously been charged with “criminal affair and drug possession” and had a court date on May 26. He lived with his brother. See photos from the crime scene here.

His last Instagram post came from California in March, when he wrote: “2018 vs. 2022. 4 years ago on April 19th I completely ripped my quadriceps off the bone. I couldn’t walk for 8 weeks and had to start bodybuilding all over again. 2.5 years later I won the NPC Mr. Universe and received my Pro Card. If I can do it, so can you.” His site doesn’t mention his injury or fall.

CONTINUE READING: Possible breakthrough in the case of a missing 17-year-old girl in 2009