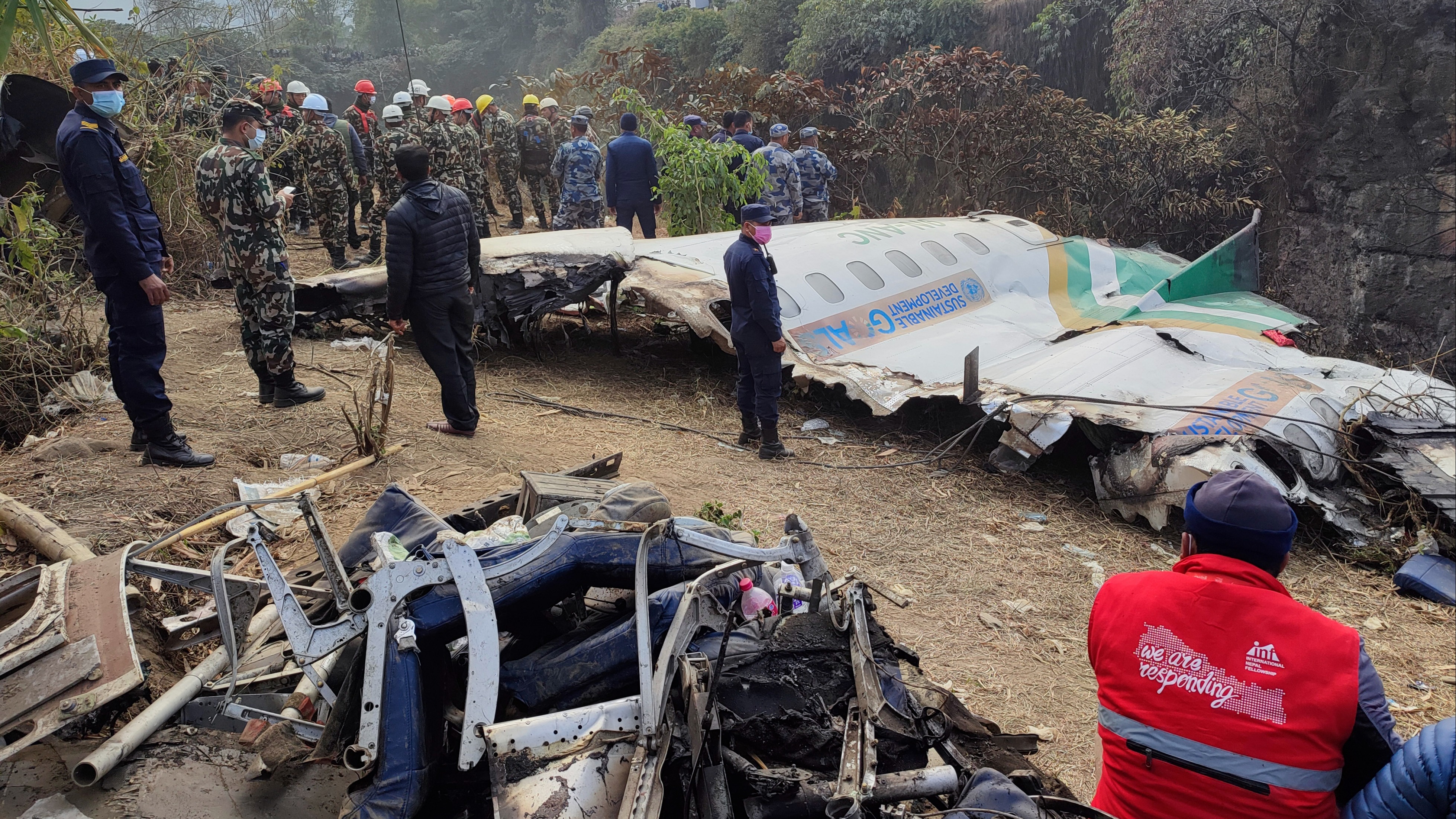 He was named as Ruan Calum Crighton.

He was among the names of passengers released by the Civil Aviation Authority of Nepal, where his nationality was listed as Irish. It is understood he was traveling on a British passport.

A spokesman for Ireland’s Foreign Office confirmed the man was a British national and said the British Foreign Office was now seeking consular assistance.

They added, “Our deepest sympathy goes out to everyone affected by this tragic plane crash.”

A spokesman for the Foreign, Commonwealth and Development Office said: “We are supporting the family of a Briton who has died in Nepal and are in contact with local authorities.”

There were 72 people on board the Yeti Airlines flight from the capital Kathmandu to Pokhara, and the death toll rose to 68 on Sunday.

According to the Nepal Aviation Authority, 15 foreigners were on board.

It was not clear what caused the crash, Nepal’s worst aviation accident in three decades.

The flight data recorder and a cockpit voice recorder were recovered at the scene.

A national day of mourning has been declared in the country.

Rescuers rappeled down a 1,000-foot (300-meter) gorge to continue searching for passengers. Two more bodies were found Monday morning.A witness, who took footage of the plane’s descent from his balcony, said he saw the plane flying low before it suddenly made a left turn.

“I saw that and was shocked … I thought that today everything will be finished here after it crashed, I will be dead too,” said Diwas Bohora.

After the crash, red flames erupted and the ground shook violently like an earthquake, Mr Bohora said. “I was scared. When I saw that scene, I was scared.”

The Civil Aviation Authority of Nepal said the plane last contacted the airport at 10.50am near Seti Gorge before crashing.