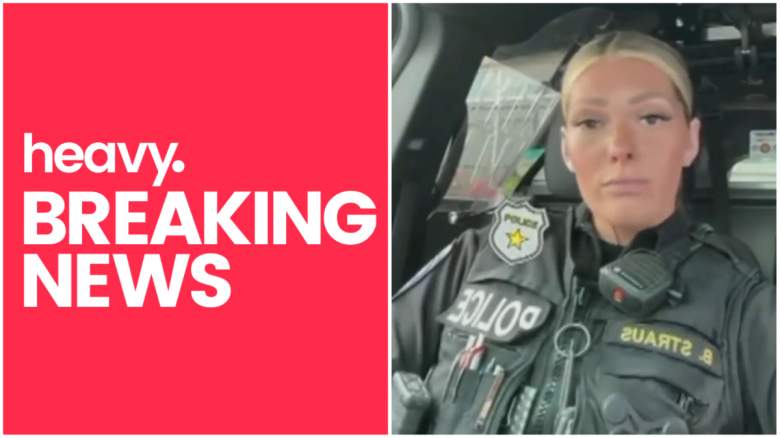 “Get out of the way,” she said repeatedly in the now-deleted video.

According to Indy100, the video first appeared in news stories in July 2022. However, in September 2022, it went viral again. The video went viral after being posted on Reddit and other social media platforms.

According to Seattle Weekly, which reported on the TikTok video in mid-August 2022, Straus “received a suspension after the department found two conduct violations.”

She works for the Federal Way Police Department in Washington state.

According to Seattle Weekly, Straus was investigated in July for “social media and personal conduct” and suspended by Police Chief Andy Hwang for 10 hours without pay, meaning “one shift.”

Police issued a statement to KIRO7 when the video was first revealed. “The Federal Way Police Department emphasizes professionalism in every aspect of our mission and will not tolerate actions by any employee, whether on or off duty, that would tarnish the agency’s reputation. We value the trust our community has in the Federal Way Police Department, and we strive every day to earn and maintain the trust of the public.”

“We have reviewed the social media video posted by Officer Straus and can assure you that it does not represent the core values ​​and practices of our police department. The Federal Way Police has a reputation for being respectful, courteous and professional and is focused on serving the community at the highest level.”

The comments on the Reddit video weren’t exactly kind to Straus. “Karen has joined the police force,” one person wrote.

Another Reddit user wrote, “She probably talks like this in every conversation and is secretly hated by people she works with.”

Another concluded: “People like this shouldn’t be a cop or even allowed to drive, period. You swim with the flow of traffic and overtake when necessary, you don’t always have to be in front.”

Another wrote: “PSA. You’re the reason people don’t like cops. Your message does the opposite of what you intended.”

According to the Federal Way Mirror, Straus has been a police officer in this community since 2021.

Seattle Weekly reported that police have received no complaints about Straus.