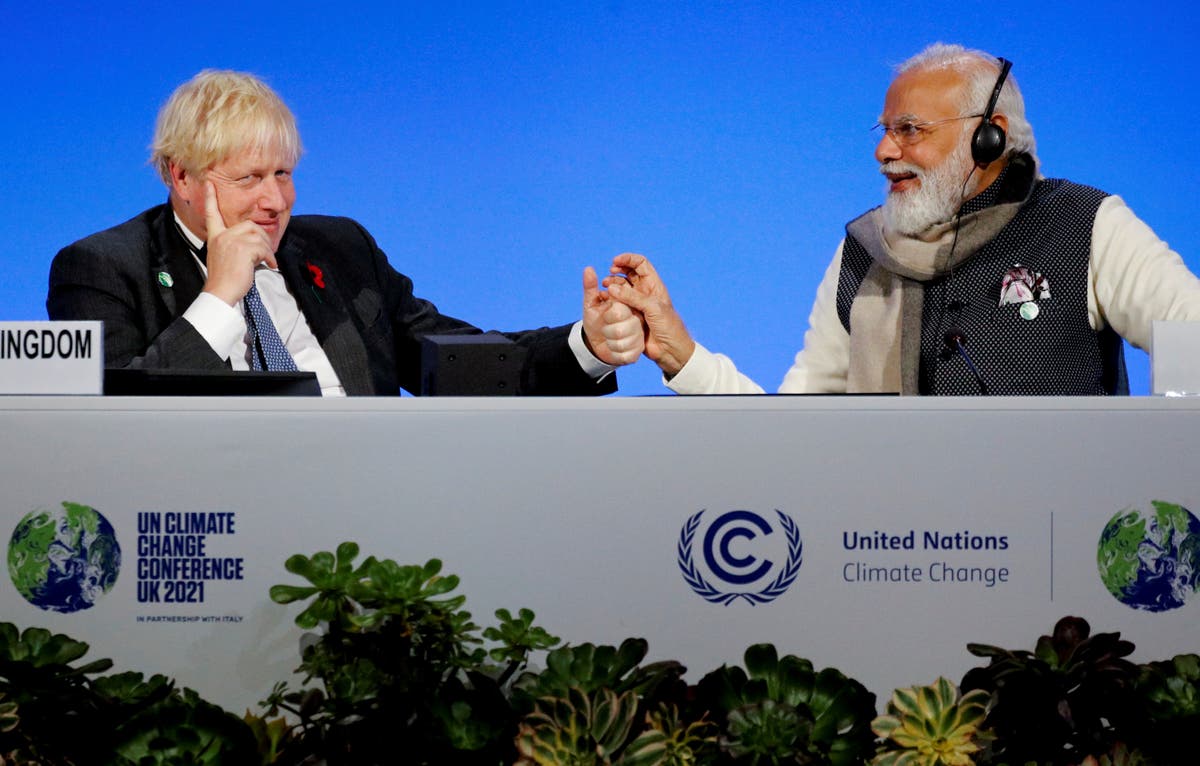 The UK will increase military supplies to India and lift many of the restrictions restricting arms sales to the burgeoning South Asian economic giant.

The move was announced as Boris Johnson prepares to meet Indian Prime Minister Narendra Modi on Friday for talks where trade will be high on the agenda.

Struggling to keep his Partygate troubles from overshadowing the two-day visit, the Prime Minister lost his cool on Thursday and told a TV interviewer to stop her questions about the scandal.

He has said he wants to speed up a free trade deal with India, pushing for a deal by autumn rather than the current New Year’s target, and has made heavy insinuations that he is willing to offer visa liberalization to Delhi as a sweetener to give Britain greater access Services and goods such as cars and whiskey.

Mr Johnson wants India to switch from Russia to alternative suppliers for military and energy imports as part of international efforts to isolate Moscow over the war in Ukraine.

But he said he would not lecture Mr Modi about India’s sharp rise in purchases of discounted Russian oil, instead offering “constructive engagement” with alternative sources.

As part of this effort, the UK will offer India an open general export license to streamline bureaucracy and speed up delivery of military exports over the next decade.

The licenses have so far only been granted to Britain’s closest allies in the US and EU.

The UK will also pledge to work with India to improve security across the five domains – land, sea, air, space and cyber.

This includes an offer of British know-how to support new fighter aircraft designed and built in India.

And Britain will support India’s need for new technologies to detect and respond to threats in the Indian Ocean.

Ahead of his talks with Modi in New Delhi, Mr Johnson said: “The world faces growing threats from autocratic states seeking to undermine democracy, stifle free and fair trade and trample on sovereignty.

“Britain’s partnership with India is a beacon in these stormy seas. Our cooperation on issues important to our two countries, from climate change to energy security and defense, is vital as we look to the future.

“I look forward to discussing these issues with Prime Minister Modi in New Delhi today and working together to create a safer and more prosperous future for our two peoples.”

The pair will also discuss new collaborations in clean and renewable energy, including the launch of a virtual hydrogen science and innovation center to accelerate affordable green hydrogen, and joint work on electrifying public transport across India.