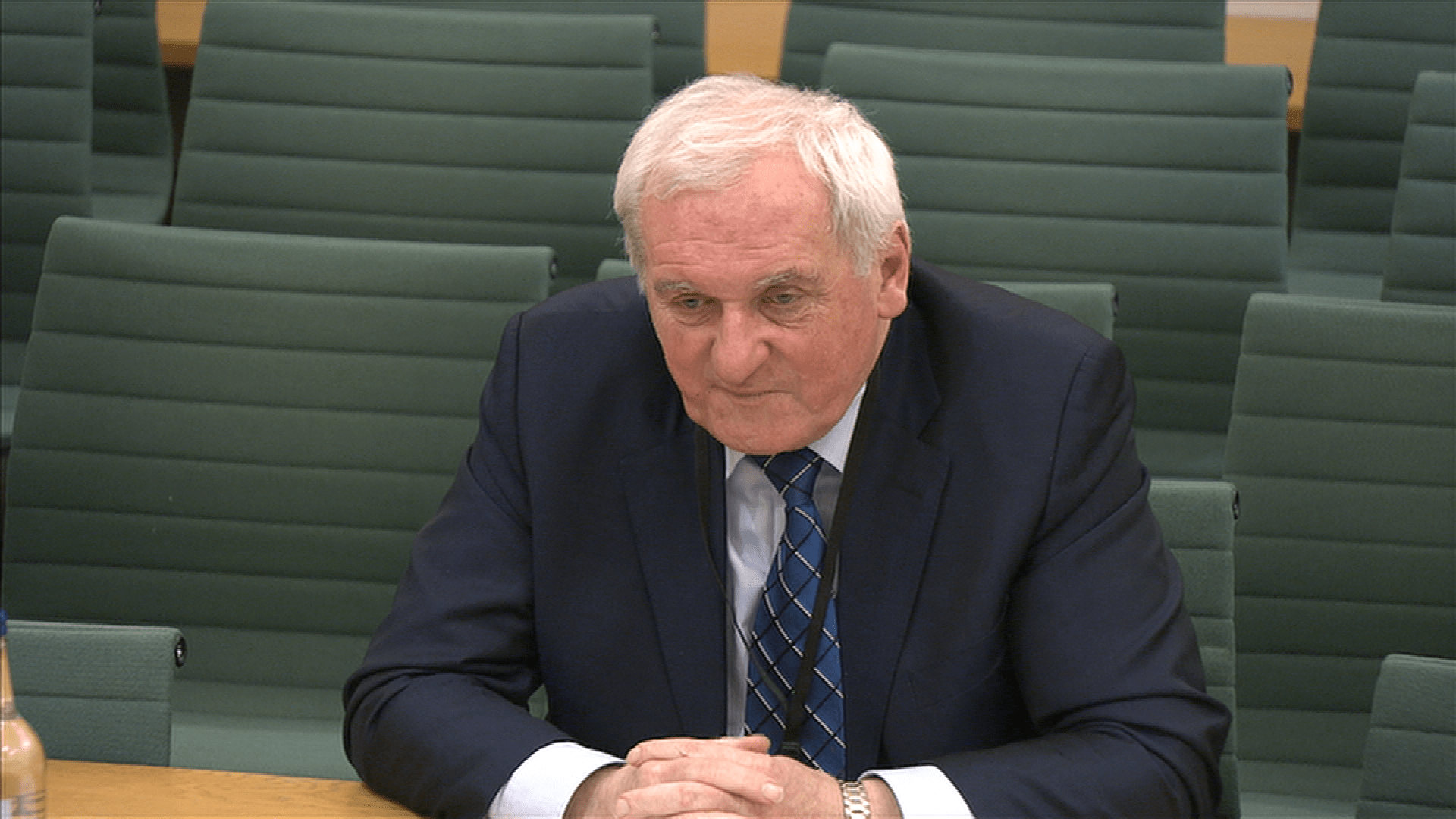 As one of the architects of the Good Friday Agreement, Mr Ahern spoke at Easter about the negotiations that led to the agreement 25 years ago.

He told the Northern Ireland Affairs Committee: “If you think about the things we decided, we got the IRA to decommission their arms, we released prisoners… we reformed the old RUC… which we have no way of doing.” Finding out how sausages and bacon are going to work in the domestic market is unimaginable.”

Bertie Ahern was the first former or acting Taoiseach to appear before the Northern Ireland Affairs Committee in Westminster on Monday afternoon.

Asked about union demands for the protocol and the DUP’s refusal to take its Stormont seats, Mr Ahern said he did not believe the DUP’s seven tests could all be met.

“I don’t think for a minute that a solution that bypasses unionists is … the solution to this. The solution is to find a compromise… I also don’t think the seven issues that have been raised all need to be resolved because I think some of them are probably impossible, but that’s where the compromise comes in.”

Mr Ahern was also asked if he thought the Good Friday Agreement and the institutions created under the 25-year-old agreement should be reviewed.

Bertie Ahern told MPs he would prefer the Stormont institutions to be operational when a review takes place, but he had “no difficulty” in reconsidering the arrangements.